Afghan law and political science student Nazdana Soltanfar expresses the tragedy of life under the Taliban and calls on Scott Morrison and the Australian Government to do more to assist vulnerable Afghans.

The whole world is witnessing a profound change in Afghanistan's political system. We are witnessing many collapses.

These include the unemployment of thousands of people, the closing of the gates of universities and schools and government offices.

It has been two years since I started my studies in law and political science at the university and I have been working in social and cultural work and defending women's rights. In my activities, I pursue two major goals.

The first is to change the attitude of Afghan society towards women. The second is to inform women about their rights and status in a family, community and government. 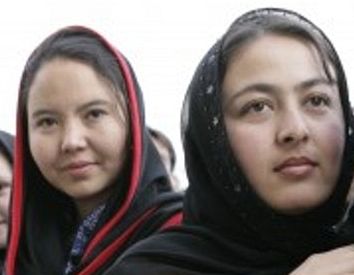 The dangers of falling in love in Afghanistan

"People think that it’s a disaster to fall in love in Afghanistan," a 17-year-old school girl in the small village of Shugnan, Afghanistan, told me.

I had and will have big goals. My biggest aspiration in life is to be a legal analyst in my community and save my community from misery by making an impact in the law.

But with the rise of the Taliban, all my activities came to an end. And all my dreams became almost like a nightmare.

With the university closed, it is impossible to achieve my goals.

I am not only thinking about my future, but also thinking about the future of my generation, especially Afghan girls, who are called the "second gender" in Afghanistan. Hearing these two words is painful and upsetting to me.

The purpose of my hard work was to prove to men that a woman is not the "second gender", but that women, like men, are a human being and has equal value, responsibility and rights.

It is very painful for me and all Afghan citizens for the moment. 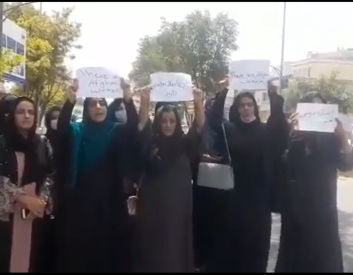 Streets are full of women, men, children and the disabled on the street, asleep and awake, hungry and thirsty for a little help to find a piece of bread, and to get five Afghanis.

I am so upset that I sleep for many hours and I think that the only logical solution to this tragic crisis is for me and my generation to study. Then we will end this current situation with science and knowledge.

In addition to poverty and unemployment, there is apparent ethnic and gender discrimination in Afghanistan. These two issues have been on the rise in Afghanistan for many years. We see girls deprived of school and university, and women banned from work.

Apart from gender discrimination, ethnic discrimination is rampant in Afghanistan, and a single ethnic government has been established. All decisions are made by the Pashtuns in pursuit of the ideas of the Taliban. In the shadow of this government are the Hazara people, who are the most vulnerable people in Afghanistan and have no national or international support.

Hundreds of young people with all their dreams and aspirations went underground and slept forever.

With the coming to power of the Taliban, the Hazara people are the hardest hit.

As a young Afghan, I have no authority or power to exercise for my community and country. The only thing I could do was to study and gain knowledge.

But unfortunately, the gate of the university is closed for me and my generation. The only thing I could do was write this article, expressing the common pains of the Afghan people to Australian Prime Minister Scott Morrison, the Australian Government and the Australian people.

Nazdana Soltanfar is a second-year student at the Faculty of Law and Political Science of Kabul University, a social, cultural and women's rights activist.