ONE OF THE MOST striking features of the COVID-19 pandemic has been the renewed centrality of states and state borders. Interstate travel has become more difficult than international travel was before the pandemic. Borders may close at any time, forcing the cancellation of planned trips and, worse still, trapping travellers on the wrong side of the line, facing hotel quarantine if they return.

In the absence of any effective national policy, each state has made its own decisions, with New South Wales adopting a markedly less stringent approach than the others, at least until the current lockdown. This, in turn, has produced a return to a level of parochialism which seemed to have almost disappeared from Australian politics and even (with the exception of State of Origin) sports. People in each state have rallied behind “their” government, whatever its failings.

The turn to parochialism has been most notable in Sydney. In part, this is because the reliably partisan Murdoch press has supported the New South Wales LNP Government while rabidly condemning the Andrews Government in Victoria. But parochial support for “our” government has come from less predictable sources. The ABC, headquartered in Sydney, has been notably soft on NSW Premier Gladys Berejklian, although its Melbourne-based journalists have been more supportive of Dan Andrews. It’s been left to Melbourne-based Crikey to go hard after the corruption and cronyism of Berejklian’s government. 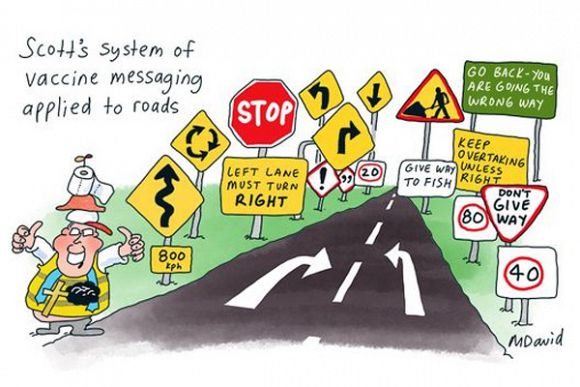 Even in the generally left-wing Twittersphere, the same divisions are evident. Criticism of lockdowns and other restrictions is notably more common in tweets from Sydney residents, while the #IStandWithDan hashtag is dominated by Victorians. There has been relatively little dissent about the restrictive policies imposed by both Labor and LNP Governments in Queensland, WA, SA and Tasmania.

In part, these outcomes have been a reflection of geographical reality. The Australian states are, for the most part, natural social units dominated by their capital cities. In controlling the spread of the pandemic, it makes sense to treat each city differently, depending on circumstances at the time. Furthermore, controlling the pandemic requires limiting movement between these cities, which means, in practice, movement across state borders.

The most notable exception to this pattern is that of the greater Brisbane region which effectively extends across the NSW border into Tweed Heads. This border has been the one where the biggest problems have been encountered.

But the bigger problem has been the uselessness of the Morrison Government. With the exception of JobKeeper and JobSeeker (for which Josh Frydenberg and the Treasury can presumably take credit), the Morrison Government has either bungled or simply ignored every important aspect of the response to the pandemic. When the going has been tough, Morrison has hidden behind National Cabinet. At other times, though, the process has been reduced to perfunctory monthly meetings

Quarantine, a constitutional responsibility of the Commonwealth, has been dumped on the states to deal with. The vaccine rollout has been a continuing fiasco. The Government’s much-touted Border Force, with its quasi-military structure, has been unable to give any coherent shape to the boast that “we will decide who comes here, and under what circumstances”. 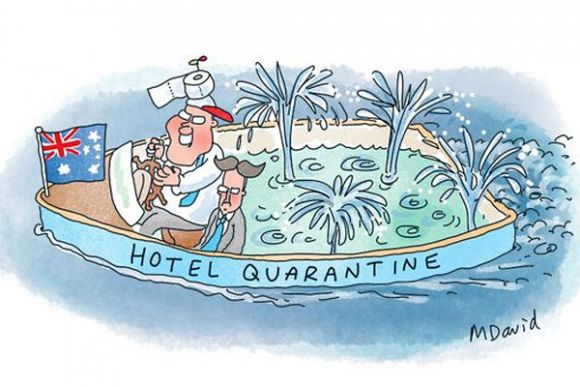 The breakdown of national government predates the pandemic. This can be seen most clearly in relation to energy policy. The physical integration of state electricity systems into a national grid in the 1990s was accompanied by a comprehensive reform undertaken on neoliberal lines, creating the National Electricity Market. To the extent that the designers of this market considered climate change, they assumed that some form of carbon price would apply and would automatically feed into market prices for electricity.

The resistance of climate denialists within the LNP not only killed off the carbon price but any prospect of coherent energy policy along with it. The result has been a series of unsuccessful attempts at a national policy solution, culminating in the failed National Energy Guarantee which put an end to Malcolm Turnbull’s Prime Ministership.

Paralysis at the national level has led the states to go their own way, setting clean energy targets and investing directly in renewable energy generation and storage. As long as this government remains in office (and possibly even after a change of government), there is no serious prospect of a national policy.

For the first century after Federation and a decade or so after that, Australia seemed to be heading more and more towards a unified national government. But the borders that have been erected during the pandemic are unlikely to come down quickly, even if the virus is brought under control.