January 26, 1788, the day the British Empire jacked an entire continent; the day that marks the beginning of a 230-year reign of terror on the Indigenous peoples of this land we call Australia, which continues to this day.

To us non-Indigenous Australians who are woke, "Australia Day" is a day of shame. We recognise the true history of this Invasion Day AKA Survival Day, and no amount of bullshit from Rupert Murdoch’s flunkies is ever going to change that. Despite his best efforts, Murdoch’s dystopian dream will die with him. That’s not to say things won’t get worse before they get better — the oligarchy has the power to unleash horrors on the people on a scale like never before, but in the end the rich get eaten and humanity is freed. Shit happens.

“You can’t have capitalism without racism”

Capitalism and racism are intrinsically linked. From the cotton fields of the Deep South, to terra nullius, to the prison industrial complex, to Manus Island, to war in the Levant, systemic racism greases the wheels of capitalism. Late stage capitalism is really just craft fascism. Justice, equality and democracy are to fascism what garlic is to a vampire.

“Ignorance, allied with power, is the most ferocious enemy justice can have.”

Perpetuating the myth of the benevolent Christian settlers, who clothed, fed, educated and cared for all those poor Aborigines, is key to maintaining the status quo of the theft and exploitation of Aboriginal lands. Politicians, mining magnates, bankers, media barons and their IPA douche tank work in tandem to stoke the fires of racial hatred to ensure the gravy train never stops. The spread, recognition and acceptance of the so-called Black Armband version of our history (aka the truth) scares the crap out of the white power elites.

Racism is a powerful weapon in the fascist’s arsenal used to create division and suppress the power of organised labour, the fascist’s most feared enemy. White middle class Australian workers need to understand that all our struggles are connected.

Largely thanks to independent and social media, the white power elite is losing control of the narrative. They’re afraid, hence the more brazen fascist power grab of late. Detached from Murdoch’s teat, younger Australians are more woke than their elders, the only means left to control them are casualised labour, wage suppression, high property prices and, of course, the good old jackboot, courtesy of Her Majesty’s constabulary like we saw (and felt) at Occupy Sydney, Occupy Melbourne, and anywhere people have stood up for their civil and human rights or the environment.

Let’s be clear: it’s not Western heritage, it’s White Heritage. The advancement of westernisation came at the cost of Black lives for White ones. The celebration of colonisation is nothing more than White Supremacy.

We need to evolve – and fast – before the fascists in power get their full Nazi on. And by “we”, I mean White people. Indigenous people are woke as fuck — being under the jackboot for 230 years will do that. In the nuclear age, our greed is liable to get us all killed long before we commit collective suicide by climate change.

Huge crowds at Invasion Day rallies around Australia this year are the light shining through the end of a 230 year tunnel of darkness. The Matrix has been hacked, change is coming, the fight for justice long denied to the First Nations people of this land is the catalyst that will remove the fascists from power for good.

If we want to be welcomed and feel like we truly belong here, we have to earn our keep. It begins with understanding.

Squig is an ARIA award winning producer, independent filmmaker, and auteur of the post-apocalyptic trilogy www.GAMMA-movie.com Occupying the Matrix @squig_. 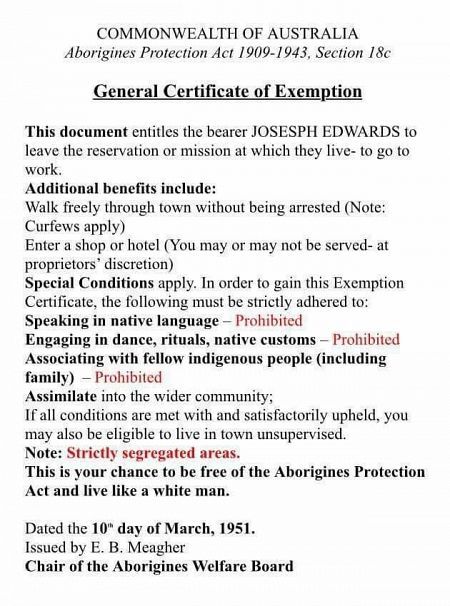