Australia’s anti-China stance is set to continue, regardless of cost.

If anything, even remotely like a real threat existed, then the alliance might be a good idea. But, since 1951 and ANZUS, Australia has been sending troops and spending billions of dollars in support of a range of aggressive U.S. military adventures. Any objective analysis will show that no threat has ever been evident.

China is the latest confected threat but as a Chinese Embassy statement of November 16 said:

"If you make China the enemy, China will be the enemy".

Can the world afford to create such an enemy?

Trade has been and will continue to be the front line of this growing conflict. As Hu Xijin, editor-in-chief of The Global Times bluntly put it:

‘China-Australia relations will hardly pick up and Australia will continue to pay for its unreasonable China policy.’

Australia’s behaviour has been extraordinary, but it is foolish to think that our leaders have acted alone.

The Government’s belligerent attitude is threatening billions of dollars in trade. 30% of our trade is with China. One in every 13 Australian jobs is reliant on our relationship with China. If things continue as they are, then the Australian economy will be a smouldering ruin. China will simply trade elsewhere. 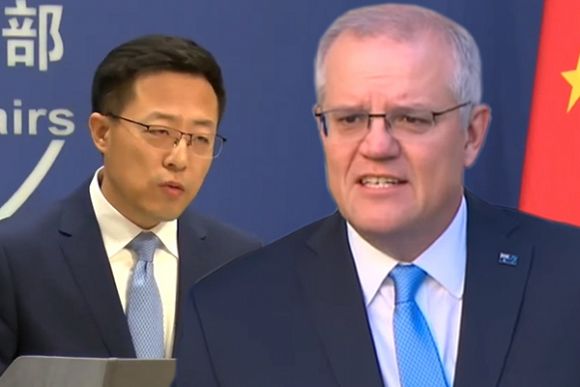 There are alternative marketplaces for goods currently provided by Australia. There are other primary producers in the world but few markets that need the primary produce that the Australian economy relies upon for survival. It appears to be a suicidal policy, that both sides of politics are happy to accept, but we need to remember the alliance with the U.S. and the ties that bind.

Capitalist economies rely on trade and on foreign investment. Chinese investment in Australia, even before the new legislation that has tightened things even more, is just 2%. Even if we add Hong Kong to the mix, the total is just 5.7%. The U.S., on the other hand, accounts for 25.6% of foreign direct investment into Australia.

The Americans have never been coy about reminding Australian leaders of this fact.

U.S. Secretary of State, Mike Pompeo, made things very clear in May when he let it be known how the U.S. regarded engagement, on Australia’s part with China. He suggested that the U.S. might "disconnect" Australia from its telecommunications, military and intelligence networks if Australia made any arrangements with China that were deemed to be not in accord with America’s "national security interests".

In other words, play by our rules or else. 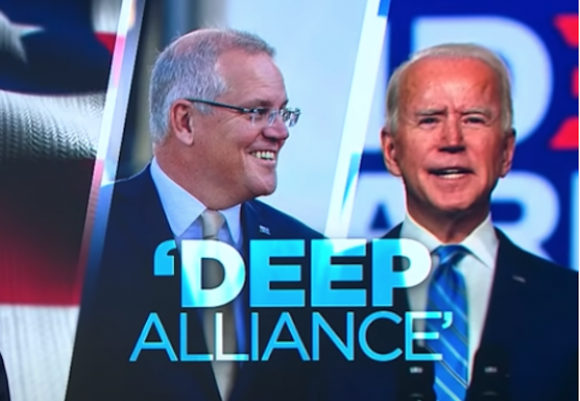 Pompeo was speaking to Sky News when he also commented that:

"Every nation has its own sovereign right to make decisions for itself and I suppose Victoria has some rights … but every citizen of Australia should know that every one of those Belt and Road projects needs to be looked at incredibly closely."

This, of course, is not "bullying". Bullying is what China does. The U.S. engages in "robust diplomacy".

"We have every confidence that Australia, as a close ally and Five Eyes partner, would take every measure necessary to ensure the security of its telecommunications networks."

The Australian Government got the message.

The incoming U.S. President has been equally unambiguous when he let the world and the Asia-Pacific region know that America is "back" and would be leading the world.

Against such a background of hostility and threat, Australia becomes a virtual captive of its relationship with the U.S. This alliance has been effectively set in concrete by successive Australian governments since the signing of the ANZUS treaty.

It is most usually considered first and foremost in military terms. It is often used to describe joint defence in times of trouble.

Hugh White in his How to Defend Australia makes the point that:

'America has remained our ally for so long because the alliance has cost it very little, and it has helped support America’s leadership in Asia.’

It is a point that is well worth remembering. America is not about to relinquish its "leadership in Asia" and Australia is being none too subtly reminded of this fact. This by no means suggests that Australian political leaders, be they Coalition or Labor, consider themselves captives to American policy objectives.

On the contrary, they are more than willing partners in this one-sided arrangement. However, it remains a fact that to be anything else is to risk the ire of an enormously powerful and not terribly subtle ally.

The seemingly suicidal policy stance of Australia appears to have been carefully weighed up. Whichever way Australia jumps will cause hardship. To appear to be anti-American is to risk investment dollars; nearly 26% of all investment. It also means making an enemy of the most powerful nation on earth.

Australia seems to have made its decision. It seems prepared to gamble on the U.S. maintaining its supremacy and that it will continue to "lead the world" as Biden put it. The editor-in-chief of The Global Times correctly described Australia’s policy towards China as unreasonable. Tensions between Washington and Beijing will continue to sharpen.

U.S. power is threatened, and history shows that a fading power is dangerous. Australia’s commitment to its alliance with the U.S. is ill-chosen but 2021 will see no change in this dangerous alliance.

7 September 2021, 12:00pm An article making a link between International Relations theory, Afghanistan and ...

26 August 2021, 4:00pm U.S. President Joe Biden has announced that he will be inviting world leaders to ...
Join the conversation
comments powered by Disqus
News updates