Why did James Ashby feel the need to pre-emptively exonerate Pyne and, in the process, tell a deliberate lie in his affidavit? The Ashbygate Trust investigates.

BEFORE WE START, we’d like to make it abundantly clear that we are not commenting on issues currently before the court regarding the applications for leave to appeal.

In our last article we discussed Mal Brough’s ham-fisted attempt at Black Ops via the News Ltd press.

"I did not speak to Pyne, or Pyne’s office, or to Abbott or to anybody like that."

Why bring Pyne into it? Sounds awfully like a front-foot denial. But if we’re talking unsolicited, pre-emptive denials, there’s a better one at paragraph 243 in the statement of James Hunter Ashby.

(BTW, some time ago we incorrectly stated there appeared to be three separate Ashby statements. In fact, there are three versions of the same statement. The first is so heavily redacted as to render it meaningless. Slipper’s lawyers complained and Harmer’s then provided a slightly less redacted version. After further legal argument, Harmer’s finally provided an unredacted version. Paragraph 243 is only available in this third version.)

The Tim referred to is former Slipper advisor Tim Knapp and, as it turned out, he wasn’t joking.

Bear in mind Ashby’s statement was signed and dated 13 April 2012, nearly three weeks before Jessica Wright wrote in The Age on 2 May 2012:

Mr Pyne specifically asked for Mr Ashby's contact details, according to emails seen by The Age.

Despite Mr Pyne saying yesterday that he could not remember asking for Mr Ashby's contact details after the meeting - which occurred a month before Mr Ashby lodged legal action against Mr Slipper - The Age has been shown an email and a text message sent by Mr Pyne minutes after the session ended, requesting the details. 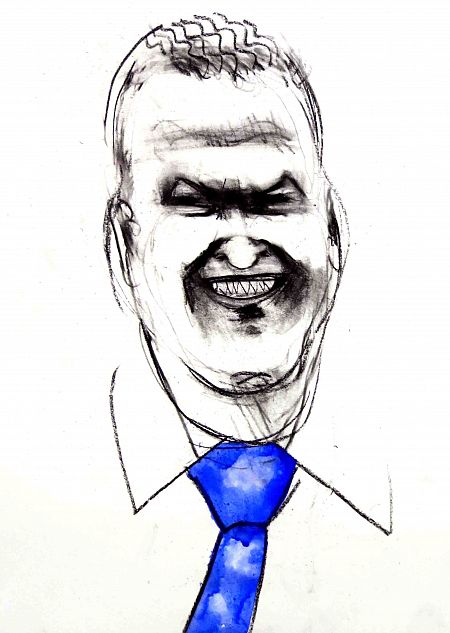 On 17 May 2012, The Age published the emails and noted Pyne’s office refused to comment.

(Another BTW: keen Ashbygate followers will note Wright’s the use of the word ‘text’ when referring to correspondence between Pyne and Ashby. But there was no text from Pyne in the Ashby phone records. Or not in the analysed phone anyway. The Age did not publish the text. For some reason Ms Wright is not being forthcoming despite our attempts to clarify this matter with her. Loose language/subbing is a possibility.)

The question is: why did James Ashby feel the need to pre-emptively exonerate Pyne? And, as we now know, tell a deliberate porky in his statement to the court in the process? Especially when he knew at the time of making his statement that at least one other person was aware of the emails. A high risk strategy.

Here’s the sequence on the public record:

The Ashbygate Trust has previously added to the public record the fact the conversation between Pyne and Ashby on 19 March 2012 canvassed the size of a candidate’s penis. You can picture it can’t you? Guffawing, drinking Slipper’s booze, then, later, a quiet email. Pre-emptively denied, then sprung. Thank you Jessica.

We are not sure who (m?) of Pyne and Ashby discovered the candidate’s apparent blessings.

It is evident Brough and Ashby went to stupid and unnecessary lengths to cover for Pyne. That they felt obliged to do so shouts coordinated damage control.

But who’s to judge? Who knows?

Catch up on the full Ashbygate saga here. The originals of all John Graham's artworks published on IA are available for purchase at very reasonable prices. All enquiries to editor@independentaustralia.net.