By the end of this week, one of the oldest and most successful political and economic unions in the world might have embarked on an inexorable path to separation — the United Kingdom, as we know it, might cease to exist.

How has this happened? How has an idea which has had minority, but vocal, support since the Act of Union of 1707 become a distinct possibility?

Throughout much of the twentieth century and all of the nineteenth, Scottish bureaucrats, teachers, engineers and doctors were to be found throughout the Empire. Scots were Governors-General of Canada, viceroys of India, and provided at least seven prime ministers of Britain.

Scottish nationalism has waxed and waned over the decades of the 20th century.

The UK Liberal Party supported home rule for Scotland but they lost their electoral support to the rising Labour Party, itself effectively co-founded by Scot Keir Hardie.

Between the wars and during the reconstruction of the late 1940s and '50s, Scotland was a partner in the rebuilding of infrastructure and the building of the welfare state that followed WWII. Scottish nationalists were largely dismissed as "tartan Tories" — dreamers searching for a mystical past of Sir Walter Scott and Brigadoon.

This changed when the established political order of the 1950s was increasingly put under pressure by the social movements of the '60s. By 1970, the patrician Tory party of Churchill, Eden and Macmillan had been taken over by the dry right wing ideology of Edward Heath.

Heath's narrow victory in 1970 presaged industrial unrest, the three day week and, ultimately, the inconclusive February 1974 election, which returned a minority Labour Government and a record number of Scottish National Party (SNP) MPs. The SNP increased its numbers again, reaching double figures for the first and only time at Westminster in the October 1974 rerun, which also saw Labour returned with the slimmest majority.

Increasingly relying on Liberal Party and Scottish and Welsh Nationalist votes in the Commons, Prime Minister James Callaghan introduced legislation to establish “devolved deliberative assemblies” in Scotland and Wales. The 1979 referendum in Wales was lost decisively, while in Scotland it passed with a small majority, but fell short of the second hurdle — 40% of eligible voters. Margaret Thatcher's victory the following year seemed to be the end of the issue.

Throughout 18 long years of Tory government, Scotland found itself governed by a party hardly anyone voted for which introduced policies no one liked, including the hated “poll tax”, implemented in Scotland a year before the rest of the UK.

Election after election, the Tory vote in Scotland fell, until it collapsed completely and the Torys lost their last Scottish seat in Tony Blair's landslide of 1997.

Labour took policies of Scottish, Welsh and even regional English devolution into that election, declaring that the establishment of a parliament was the "settled will" of the Scottish people. The referendum to enact the Scotland Act, creating a parliament with much wider powers than that proposed two decades earlier, was passed with an overwhelming majority.

However, the Labour Party found itself straddling two competing ideologies. The cabinet in Westminster declared that devolution would "kill Nationalism stone dead", while the newly elected First Minister of Scotland, Donald Dewar, described devolution as

The electoral system, in which 73 constituency MSPs were elected by first past the post and 56 list MSPs elected to balance the proportion of the votes, was designed not only to make the Scottish parliament one of the most proportional in Europe, but also to ensure that it was all but impossible for any single party to achieve a majority.

For the first two parliaments, Scotland was governed by Labour-Liberal Democrat coalitions, but at the third election, in 2007, the SNP emerged as the biggest party and ruled as a minority government for the following four years.

The election of 2011 was a watershed. Alex Salmond, the most outstanding politician of his generation, led the SNP to an outright majority.

The supposedly impossible had happened.

With this mandate, Salmond negotiated the terms of this week's referendum with the British Government.

Prime Minister David Cameron has been criticised by his own backbenchers for giving Salmond too much leeway. In effect, Salmond has all that he wanted. He set the terms for the debate, the question to be asked and, critically, ensured that the vote was a Scottish domestic affair — voters in the rest of the UK having no say in an outcome which will affect them all.

The question on Thursday is clear and straightforward:

‘Should Scotland be an independent country?’

As Australians know all too well, the wording of the question is crucial. John Howard chose to make the question for the republican referendum in 1999 as unappealing as possible. Had the question been ‘Should Australia have an Australian as head of state?’ the outcome might have been different.

All the No campaign has had to do is point out the many benefits of the union.

In fact, Yes Scotland has run a far better campaign than Better Together.

They have argued that Scotland is a wealthy, mature country more than able to hold its own in the world. It has generally avoided tapping into anti-English sentiment, instead presenting a positive, if sometimes ill-defined, vision of an independent future.

Better Together is an unwieldy alliance of the three unionist parties, Tory, Labour and Liberal Democrat. Instead of a clear campaign selling the many benefits of staying in the union, they have relied on scare tactics, the threat of instability and have focused on the negatives of independence. As opinion polls have tightened, Better Together have begun to fall back on more threats alongside promises of massively increased powers for the Scottish parliament.

Whichever way the vote goes, only two things can be said with any degree of certainty. Turnout will be extremely high, with predictions of well over 80%  — exceptional numbers in a country where voting is voluntary and vast numbers of people are so disengaged that they were not even enrolled until now. And the result will be close. This will be no 60/40 split, or even 55/45. There is likely to be less than 3% difference, whichever side wins.

In the event of a Yes vote, it is difficult to see David Cameron holding onto his job without a serious challenge from his backbenchers. To go down in history as the Conservative and Unionist Party prime minister who oversaw the breakup of that union would make his position all but untenable.

Labour leader Ed Milliband has perhaps a bigger problem. Labour relies on winning up to two-thirds of the Scottish seats in Westminster to make up a majority. With these seats permanently lost, Labour's path to victory is far tougher.

A No vote is unlikely to be definitive, and both Scotland and the UK will have to reassess their separate and joint polities in the coming months and years. Donald Dewar's words have never rung truer — devolution is proving to be a process, not an event.

Independence might well prove to be a process too. 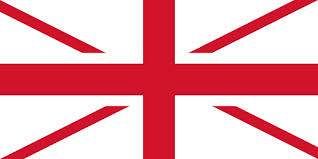 I lived in a place like this 25 years ago surviving on pasta and gravy granules. VOTE YES #YesScotland #indyref pic.twitter.com/CqMwVEJ0AC

Experts flag up end of union jack if Scotland votes for independence http://t.co/8ZhDY9WQ7P via @guardian

After the referendum: How Scotland is shaping the British General Election

The Queensland election: How Labor – and the LNP – defied the odds

9 March 2015, 9:30am Seasoned election watcher Dr Craig Johnston was in Brisbane in the closing days of ...

18 September 2014, 6:30am By the end of this week, one of the oldest and most successful political and ...
Join the conversation
comments powered by Disqus
News updates