James O'Neill analyses Australia's involvement in "the longest war", which continues in Afghanistan without an end in sight.

NEXT MONTH will see the 15th anniversary of the events of 11 September 2001 in the United States.

The details and questions about those events are beyond the scope of this article.

An important consequence, however, was the U.S.-led attack on Afghanistan in October 2001. Australia was part of that attacking force.

That war is now the longest war in which Australia has been engaged. Yet the foreign policy statements for the 2016 elections of Julie Bishop on behalf of the Coalition and Tanya Plibersek on behalf of the Labor Party completely omitted any mention of Afghanistan.

Western involvement in that war, however, contains several important lessons that need to be understood if future foreign policy bungles of comparable magnitude are to be avoided.

Australia electing to join the illegal war in Syria in September 2015 suggests that those lessons have not been learnt.

In the same way that the disastrous war in Iraq was sold to the public on the basis of lies, ignoring of historical realities and complete obfuscation as to the real motives, so too has the Afghan war been similarly misrepresented. 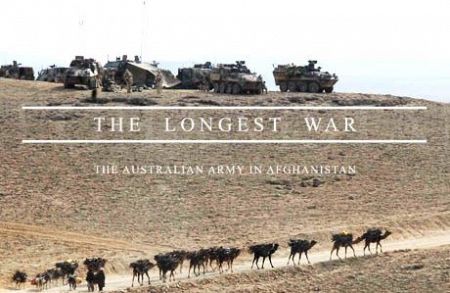 To understand what is happening in Afghanistan today and why it is happening, one needs to briefly go back to the 1970s.

Afghanistan in the 1970s had a nationalistic, left leaning government that was promoting a series of policies such as recognition of trade unions, equal human rights and education for women that most western societies would take for granted. The government’s only real friend was the Soviet Union.

President Jimmy Carter’s National Security Adviser Zbigniew Brzezinski saw a golden opportunity to entrap the Soviet Union, for which he had a visceral hatred.

Brzezinski persuaded Carter to embark on a series of policies, which involved support for the reactionary tribal groups opposed to the relatively secular government in Kabul. The object was to lure the Soviet Union into an intervention in support of the Kabul Government to give the Soviet Union, in Brzezinski’s words, “its own Vietnam”.

The program succeeded in luring the Soviet Union into sending troops into Afghanistan in December 1979. It was a military and political disaster. After ten years, the Soviet Union withdrew its troops. The debacle was a factor in the collapse of the Soviet Union that occurred shortly thereafter.

From 1979 to 1996, when the Taliban Government came to power, Afghanistan endured continuous civil war. What was of huge importance – and which is almost entirely absent from western accounts of that period – is how Brzezinski’s programme was set up and pursued. It is of direct relevance, not only to Afghanistan but also to other major trouble spots around the world.

The Americans set up training camps in Pakistan, with Saudi financial assistance, to train what were in those days called Mujihideen. These were Islamic fundamentalist holy warriors. Their names were contained on a list of persons who could be relied upon to fight. The Arabic translation of “the list” is al Qaeda. One of its most trusted members was a scion of a prominent Saudi family, Osama bin Laden. It is alleged he was better known on his frequent trips to the United States as Colonel Tim Osman.

The overall name for this project was Operation Cyclone. Its activities were not confined to Afghanistan.  The Mujihideen fighters were infiltrated into the “stans”, the countries then part of the Soviet Union bordering the Caspian Sea.  Another target was southwestern China. All these countries and regions had significant Muslim populations.

Their objective was to cause trouble for the governments of those countries through acts of terrorism, sabotage, assassinations and support for anti-government groups.

That policy is extant throughout the world today. It was and is an instrument of U.S. foreign policy and is directed at countries whose governments are insufficiently compliant with the wishes of U.S. foreign policy. Colour revolutions, support for anti-government groups through the National Endowment for Democracy, economic warfare and in extreme cases, invasion and occupation are among the forms that it takes.

The Caspian Basin to the north of Afghanistan happens to be the area with one of the world’s largest known reserves of oil and gas. After the collapse of the Soviet Union western oil companies moved into the region to exploit those resources. The problem was to transport the oil to a western controlled port from where it could be transshipped.

Topography and politics ruled out all options other than a route through Afghanistan to a Pakistani port.  Negotiations between the United States and the Taliban Government were ongoing throughout the early part of 2001.

It was then, in July 2001, that the Bush administration made the decision to bomb and invade Afghanistan. Climatic factors dictated that the invasion had to be before the snow fell in October.

Being rebuffed on a pipeline contract was an insufficient reason to sell yet another war to the American public. The 11 September 2001 provided the Americans with their justification.

The public were spun a wholly fantastic tale that the 9/11 operation had been directed by Osama bin Laden from his cave in Afghanistan. The public was further told that the Taliban Government refused to hand bin Laden over for American “justice”.

This tale had the same degree of veracity as Saddam Hussein’s weapons of mass destruction that was the ostensible reason for the United States, again with the eager compliance of Australia, to invade Iraq only 17 months after the Afghanistan invasion.

Fifteen years later, United States and Australian troops are still in Afghanistan. Not only is there no exit strategy but as noted above, being at war and illegally occupying another country does not even rate a mention in the foreign policy documents of the two major parties.

Securing an oil pipeline was not the only reason for invading, and more importantly, staying indefinitely in Afghanistan.

Afghanistan has a number of strategic advantages. It is where a large number of so-called rare earth minerals are found. These are an essential component in many military related technologies.

Afghanistan is also the producer of 93 per cent of the world’s heroin. The Taliban Government had slashed production to miniscule quantities during its time in office. One of the immediate consequences of the invasion was a resumption of large-scale production, protected by the occupying soldiers.

As McCoy and other have long pointed out, the proceeds of sale from illegal narcotics is a major source of funding for American clandestine operations. Manus air base in Uzbekistan, Incirlik air base in Turkey and Camp Bondsteel in Kosovo are major distribution points for Afghan heroin.

Afghanistan also shares a border with China. This allows the continued infiltration of terrorists that began in the 1970s. The proximity of China is also important for the siting of American military bases that form part of the 400-plus bases used for the military “containment” of China. This has been a major American strategic goal since China was “lost” in the 1949 Chinese Communist Revolution.

President Obama’s so-called “pivot to Asia” announced in the Australian parliament is nothing less than the modern version of the containment policy that began with U.S. warships patrolling the Formosa Strait to protect the Chiang Kai Shek Government in Formosa in the 1950s.

That Australia represents an important component of that aggressive strategy is barely the subject of debate.

Both major parties have what they describe as a “bilateral” approach to foreign policy, by which they mean compliance with U.S. foreign policy objectives. Both portray the U.S. as a force for peace and stability in the Asia-Pacific region when the overwhelming weight of evidence points to the opposite conclusion.

After 15 years and having no clear policy in Afghanistan, the “nation building”, “humanitarian aid” and “training Afghan troops and police” reasons are no more than policy pabulum. The troops and police are more often than not ghost numbers, inflated for the purposes of lining the pockets of corrupt warlords and local chieftains. The Taliban now control more territory than at any time since the invasion in 2001. ISIS is now a presence and wreaking death and destruction on the Shi’ite section of the population.

Clearly, there is a need for a fundamental rethink of the Afghan policy.

This should take place in the context of an overall reappraisal of where Australia’s national interests lie. A fundamental question in this context is whether the U.S.-Australia alliance, in its present form, is more dangerous than beneficial.

Our involvement in multiple American wars over the past 50 years, from Vietnam to Syria and including Afghanistan, have yielded no good outcomes.

Eurasia is undergoing the greatest geo-political transformation of any region in history. Australia is barely aware of it. A look at our geography, our recent history, and the direction of our trade should tell us where our future lies.

The question is, do we have the wit and the agility to take advantage of the opportunities presented by Eurasia’s transformation, and the prosperity it offers? Or, is our future, as so aptly described recently in the Global Times, that of America’s “paper cat"?

James O'Neill is a former academic and has practiced as a barrister since 1984. He writes on geopolitical issues, with a special emphasis on international law and human rights. He may be contacted at joneill@qldbar.asn.au.

Howard's continued lies re Iraq in the face of a scathing Chilcot Report demonstrate his deep dishonesty & poor... https://t.co/jsCtyX9RHh