Money spent on a proposed extension to the Australian War Memorial should be dedicated to telling the truth about war, writes Dr David Stephens.

KERRY STOKES has been Chairman of the Australian War Memorial Council since November 2015. Brendan Nelson was Director of the Memorial for seven years until December last year. Nelson’s successor, Matt Anderson, has been in the job since April.

The Stokes-Nelson Memorial benefited from “the Anzac cloak” (provides protection from criticism), the slackness of parliamentary accountability mechanisms (Nelson’s appearances at Senate Estimates were command performances with soft questions) and the networking skills of Stokes and Nelson (Prime Minister Scott Morrison in November 2018 praised intensive behind-the-scenes lobbying by “Kerry and Brendan” to promote the Memorial’s expansion plans).

Nelson was a skilled spruiker for the Memorial. The stories he told were of how and how well Australians fought, of the heroism they showed, of their service and sacrifice. Ben Roberts-Smith VC, the epitome of Nelson’s heroes, became a larger-than-life mascot for the Memorial, a featured speaker at ceremonies, a meeter and greeter of visiting football teams seeking Anzac inspiration, the subject of a painting entitled ‘Pistol Grip’, showing him pretending to use a weapon. 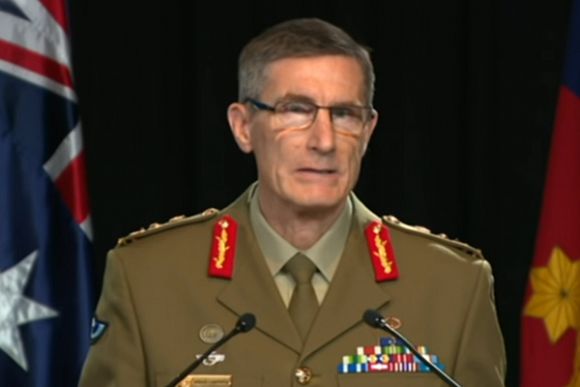 When Nelson asked in 2017 and 2018, as the Brereton investigation ground on, where lay the national interest in tearing down our heroes, he had front-of-mind his good friend – and Kerry Stokes’ employee since 2015 – Roberts-Smith.

While the Stokes-Nelson Memorial was strong on how we fight, it was far less forthcoming on the much more difficult questions of why we fight, the causes of our wars and their consequences. Not only for Australian service people and their families but for the people in other countries, where most of our wars have been fought.

But now, in 2020, Director Anderson says he wants to do things differently, to broaden the scope of the Memorial, the matters it takes seriously.

Anderson says the Memorial is “a place of truth”, particularly about Afghanistan:

“People will come to the memorial and... because of the significance of the [Brereton] report and arguably because of the media attention that's been given to the report, they would expect to see it acknowledged and we will seek to do that.”

This suggests Anderson wants to get beyond that simplistic, hero-centred narrative to tell a more complex and nuanced story. The Honest History website (now seven years old), ‘The Honest History Book’ (2017) and the Heritage Guardians group since early 2019 have been pleading for such a change. It’s good to have Anderson on board.

It is to be hoped, though, that Anderson is allowed to follow through on his ambitions. The early prospects are not good. 2GB shock jock Ben Fordham accused Anderson of planning a “hall of shame” at the Memorial, the Prime Minister quickly insisted that “the Board” (actually, the Council) at the Memorial would ensure that the right decisions were made and the picture began to look rather like the pile-on onto General Campbell over the Meritorious Unit Citation.

It would be a tragedy if Anderson were to be thwarted but, at the same time, the proposed $498 million extension to the Memorial went ahead. It would then be a case of more and more space being devoted to telling the same old simple, how we fight, “what heroes we Aussies are”, sanitised story rather than venturing into new, more honest subject matter.

Anderson himself has tried to have it both ways: give us more floor space (2.5 hectares* of it, a considerably larger area than the MCG, some of it gained by knocking down the award-winning Anzac Hall, completed only in 2001) to tell the stories of recent wars, but still tell the truth. Afghanistan plus Brereton.

In fact, the two objectives are separable, as the July submission to the Memorial from the Australian Heritage Commission (AHC), the Government’s principal advisory body on heritage matters, made clear:

‘The [Memorial’s] documentation... while addressing alternatives relating to structural expansion, appears to have not addressed options such as operational and other functional changes that could minimise the need for additional space.’

Heritage Guardians has been saying similar things for two years and many Australians have agreed with us. The parliamentary Public Works Committee (PWC) inquiry into the Memorial project received many more submissions than the PWC has received on any project since it began work in 1913 — and 80 per cent of the submissions were against the project.

The Memorial’s heritage documentation under the Environment Protection and Biodiversity Conservation (EPBC) Act attracted 167 submissions, with 58 per cent “generally not supportive” of the project (the Memorial’s own figure and terminology).

Anderson tried to play down the AHC’s submission, notably in his appearance at Senate Estimates on 26 October (“We received 167 submissions. That was one of the submissions”). The legitimate concerns of the AHC, chaired by former Coalition Minister David Kemp, along with the many other thoughtful opponents of the Memorial project should not be so easily brushed aside.

The Minister for the Environment, Sussan Ley, should have rejected the Memorial’s heritage documentation rather than approving it under the EPBC Act. The PWC should report to the Parliament that there is no need for the project. Other options for the future of the Memorial should receive more than the cursory skim the Memorial has given them. Truth-telling at the Memorial does not need more space.

(*The figure of 2.5 hectares (24,744 square metres) comes from adding together the “new space” figures in paragraph 5.1 of the Memorial’s Final Preliminary Documentation under the EPBC Act.)

Dr David Stephens is secretary of the Honest History coalition and editor of its website (honesthistory.net.au) and a member of Heritage Guardians, a community committee leading the campaign against the proposed $498m extensions to the Australian War Memorial. You can follow him on Twitter @honesthistory1.