Yearning for the sea

With more of us are living in a virtual world, we are becoming lonelier, yet more afraid of intimacy, writes Sue Stevenson.

(If you want to build a ship, don't drum up the men to gather wood, divide the work and give orders. Instead, teach them to yearn for the vast and endless sea.)

'TIS A STRANGE CONFLUENCE that in a world of 7 billion people, the life I live ‒ and, strangely to me, possibly most likely you also ‒ is one whose emotional reality feels more like living in a world of one.

This particular point in time is more lonely for more of us than it has been for most humans in history. In a world where we can barely stop being connected. Where we're drowning in it.

But there are many levels of connection. A pixellated one, where we control and stylise, edit and present ourselves as reality to those who are doing the same, is perfectly fine within its place.

But we are going too far with this at the moment. We know that, right?

We're like the guy who finds himself stoned for the third time this week when it's only Wednesday and he said it was gonna be a once in a while thing. And a part of him is scrabbling at his insides saying, "Hey, um, this is getting out of hand" but he's having too much fun and anyway, life is way more awesome stoned than it is straight. He listens to more music. He's not seeing his friends and he's not getting much shit done, but man, as soon as he has that first bong, the pain fades away and everything seems more beautiful.

It's awfully easy to become addicted to the virtual level of connection. It's very safe.

I need safe, because I don't feel safe and when I am out walking the streets you are not safe, because you are so used now to connecting virtually that when we come face to face it's like you don't even recognise that I am standing in front of you, or walking towards you in the street. We ignore each other. It is an insult to us both.

"Technology appeals to us most where we are most vulnerable," Sherry Turkle says (see video at the end of the piece). 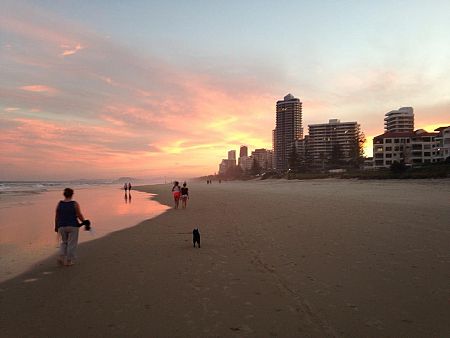 Online connection is sometimes a chocolate bar when what our bodies are craving is a nourishing vegetable soup.

We really, desperately, want to be seen and loved warts and all. To be accepted in our totality. And yet our technology is creating a group of teenagers who are not developing the skills in the art of real-life communication with real people that will enable them to be the sort of person who is able to love someone else warts and all, and love themselves warts and all. Real life is messy and it is not a series of browser pages and it runs slower, and we occasionally get bored with each other, and we are not in control because the person in front of us is not a pixel whose avatar we can shut away with a mouseclick when they become too much or too little.

"I'd rather text than talk," Sherry Turkle reports hearing over and over again from teenagers. One teenage boy, who does the majority of his communication by texting, tells her that he'd like, someday, to learn the art of conversation — but just not now, just not yet.

It is easy to forget we are at the beginning of the internet age.

It doesn't feel like that to us, immersed as we are within it so that what happened two weeks ago feels like it happened six months ago. But it is still an infant. And it's delightful and it's enriching our lives, and it's what we have desired. But we are its 7 billion-strong parents and it's a colicky infant. It's affecting our lives so that when we go out on a picnic to the park without the baby, we feel sorta exposed talking to each other, and we're jagged with distraction about what the baby's doing.

Communicating with each other without this thing between us all feels so fucking raw and uncontrollable. And the trees in the park are getting some weird disease and the grass is asking us to take off our shoes and stick our feet in but it's weird and we don't. The park and the experience will feel more real once it's controllable and in the past and we have upload it to Flickr.

Yearning for the sea.

This story was originally published on Sue Stevenson’s blog discombobula.blogspot.com.au.

As Australians, we must support Assange's struggle

8 March 2020, 8:00am Australians and our media are failing Julian Assange, writes Sue Stevenson.

18 February 2020, 11:00am It doesn't take a rocket scientist to work out that the neoliberal establishment ...
Join the conversation
comments powered by Disqus
News updates