The World Bank has been hit with criticism for suggesting a proposal for the integration of Rohingya refugees into Bangladeshi society, writes Kazi Jamshed.

WASHINGTON-BASED global lender the World Bank, through concessional lending arms, has gone to bat for Bangladesh to foster its development initiatives since 1972, committing more than $30 billion by backing priorities in economic, social and infrastructural development.

Since 2018, this U.N. affiliated multilateral body, the largest source of financial assistance to developing nations, has committed a total $590 million grant to support Bangladesh to confront the challenges posed by the influx of the forcibly displaced Rohingya. Recently, this bank has been extensively denounced both by policy wonks and mass people after its proposal, through ‘Refugee Policy Review Framework’ (RPRF), on the integration of Rohingya in Bangladesh. How rational is this proposition of the World Bank?

Four years ago, in late August 2017, “breaking news” across the world was dominated by the massive influx of Rohingya to Bangladesh, a result of military-backed bloody “clearance operations”. A 444-page report of the U.N.'s Independent Fact-Finding Commission substantiated that more than 7,25,000 Rohingya fled to Bangladesh after this deadly crackdown. The degree of atrocities in this “campaign of terror” embarked on by the military was so intense that the U.N. High Commissioner for Human Rights referred to it as “a textbook example of ethnic cleansing” whilst other investigators dubbed it as ‘genocide’. 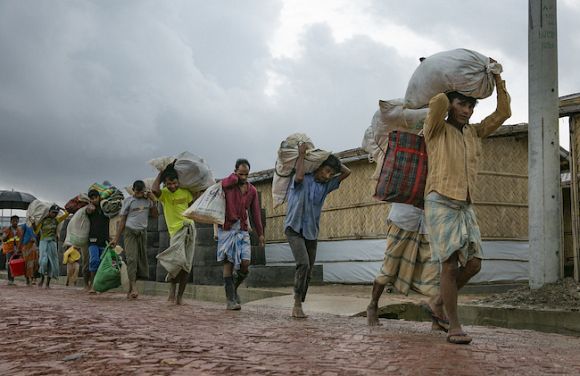 Rohingya refugees live in squalid shelters in Bangladesh, but camp conditions have worsened due to floods, fire and internal violence. Relocation is the only solution.

In the first three weeks of August 2017, Bangladesh received more refugees than all of Europe did in 2016 during the “Syrian crisis”. Since then, Bangladesh has been generously hosting more than 1.2 million Rohingya as short-term guests ensuring a “safe haven” on humanitarian grounds. Now, the Cox's Bazar-based 13-kilometre long Kutupalong “mega-camp”, the largest refugee settlement camp in the world, is the home to this beleaguered community.

Rohingya, living in Arakan for thousand years, have been actively involved in Burma's politics since independence. The recognition of Rohingya as Myanmar's citizens by the International Court of Justice (ICJ) resolves their identity crisis by providing a legal base. Besides, in the hearing of ICJ, Aung San Suu Kyi defined Rohingya as Arakan’s Muslims.

Myanmar signed two repatriation agreements with Bangladesh in 2018 and 2019 respectively, giving consent to take back their citizens. Although these repatriation agreements were in vain due to the reluctance of Myanmar, they are significant proof of Myanmar’s official stance on Rohingya citizenship. Though there is no light at the end of the tunnel, the Arakan Rohingya Society for Peace and Human Rights, in response to the World Bank's framework, stated point-blank that they have no desire to receive Bangladeshi citizenship and would like to return to Myanmar.

The World Bank has proposed to review the RPRF for 14 member states currently hosting refugees, including Bangladesh, for gauging the effectiveness of the grants for the refugees and host communities under its “soft-loan window”, International Development Assistance. This global framework, being reviewed triennially and undertaken in co-operation with UNHCR, suggests providing refugees with the rights to procure land and property, choose a place of residence and freedom of movement, have equal access to the nation's public service and the labour market like the citizens of the host country.

The World Bank offered $2 billion to Bangladesh if it integrates Rohingya refugees with economic and social rights. The framework is germane for Bangladesh since this move will pave the way for the Rohingya to become permanent citizens through integration into Bangladesh’s populace. Bangladesh reiterated its stance by rejecting the proposal outright, stating that Rohingya are not “refugees” but rather “forcibly displaced persons” to whom Bangladesh extended temporary shelter.

The study ‘Impacts of the Rohingya Refugee Influx on Host Communities’ conducted by the United Nations Development Programme (UNDP) expounded how the overcrowding of Rohingya affected host communities. The major adverse impact includes price hikes, an increase in poverty, a rise in housing cost, reduction in wage rate, deforestation and environmental casualty.

Moreover, the rise of intragroup and intergroup conflicts in the Rohingya camps shrunk the space of coexistence between the host communities and refugees by recasting the social make-up. Last month, August 2021, marked the fourth anniversary of the Rohingya exodus to Bangladesh, but a sustainable solution is yet to be found.

The 1951 Refugee Convention suggests three way-outs to the refugee crisis: integration; settlement to a third country; or repatriation. The approximately 166.65 million population of Bangladesh, the eighth largest in the world, makes it one of the most densely populated countries with 1,125 people per square kilometre. This small country, with a total landmass of 147,570 square kilometres, is hosting 1.2 million Rohingya which is higher than the total population of Bhutan. No country in the world is bearing the burden of so many refugees as overpopulated Bangladesh.

Bangladesh, with an unemployment rate of 5.30 per cent, exports approximately 60,000 workers abroad every year which indicates the country's inability to create employment and struggle to generate employment for its gargantuan number of unemployed youths. This attracts pointed attention towards the inadequate demand for labour in Bangladesh. So, the possibility of integrating the Rohingya into the local community is nipped in the bud.

More than a million Rohingya refugees are in Bangladesh and some more are living in 19 other countries with no country showing interest in receiving them, so the option to settle them in a third country seems impassable in the foreseeable future. The only way out of the Rohingya crisis lies in safe repatriation to Myanmar. 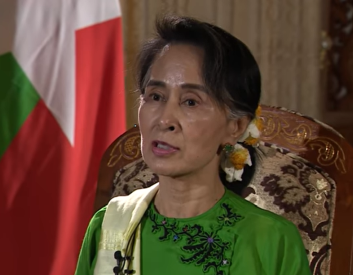 As the Rohingya also want to return to Myanmar, integration into Bangladesh following the World Bank's recommendations is like denial of their fundamental and human rights. Some local experts believe that integration may lead to a new “Palestine crisis” by jeopardising the sovereignty of Bangladesh and endangering the geopolitical stability of South Asia.

This kind of proposal from responsible global leaders like the World Bank will motivate Myanmar to slacken the repatriation process by increasing complexities to this multifaced dilemma. Instead of suggesting such an impracticable proposal, the World Bank could create pressure on Myanmar to comply with the Universal Declaration of Human Rights adopted in 1948 by the U.N. It could offer financial incentives to Myanmar for expediting the repatriation in internationally monitored safe zones. Some international organisations are planning long-term programs for this “short-term emergency crisis” which will just linger the repatriation process.

Bangladesh is trying its level best to ensure decent arrangements for Rohingya with its limited financial strengths. Despite not being a signatory of the 1951 Refugee Convention, Bangladesh complies with its conditions by not forcing any Rohingya to go back to Myanmar. Accepting the World Bank’s proposal will add fuel to the fire by acting as a pull factor for other Rohingya to come to Bangladesh from restive Myanmar.

Bangladesh has to bring substantial changes in its policy if it agrees to accept the framework, a complex and time-consuming process that will intensify the misery. The safe and dignified repatriation of Rohingya to Myanmar is the only sustainable solution to come to an end to their plight. Bangladesh needs more support from international communities to resolve this crisis. The country may expect that the world communities will consider all the relevant issues including the socio-economic conditions of Bangladesh before making any recommendations to resolve the protracted Rohingya refugee crisis by bringing a light of hope to put an end to their present struggle.

Kazi Mohammad Jamshed is a strategic affairs and foreign policy analyst, working as an Assistant Professor at the Department of International Business, University of Dhaka, Bangladesh.

20 November 2021, 3:00pm Bangladesh is bearing the economic burden of supporting the displaced Rohingya ...

1 October 2021, 5:00pm The World Bank has been hit with criticism for suggesting a proposal for the ...
Join the conversation
comments powered by Disqus
News updates