War heroes and Boys’ Own adventures

Sycophancy and hero worship towards our military is a feature of Australian society and poses a danger to good public policy, writes Dr David Stephens.

ANOTHER AUSTRALIAN soldier has died in Afghanistan, although this man perished in what has been described as “a non-combat related incident”.

What that phrase is a euphemism for we may never know, but it is a little difficult to believe that the death of an experienced soldier in that place had nothing to do with the life he had been leading as a soldier, even if the death did not occur on a battlefield.

Speculating about the circumstances of soldiers’ deaths is part of the obsession we – or many of us – have with what soldiers do. Our relatively safe lives today encourage us to make heroes out of people who do dangerous things. We pay particular regard to young men who wage war, men who tend to call themselves “warriors”.

The ABC’s recent Australian Story on the late Corporal Cameron Baird VC describes how his fellow soldiers cleaned his body and had some “quiet time” with him before he went to the mortuary, where his comrades kept up a candle-lit honour guard:

PADRE JOHN SANDERSON, ARMY CHAPLAIN: [I]t’s a privileged place to be, to see a group of men doing that — quietly guard their friend until it’s time to say goodbye ...

PRIVATE P, COMMANDO: You paid the ultimate sacrifice for us and we are forever in your debt. Forever the man we all strive to be. We’ll miss you buddy.

That extract illustrates the bonding elements of military service, while the testosterone and fear-driven parts of service are vividly shown in the live action footage earlier in the story.

Yet one still feels the lack of connection between, at one end, masculinity, bravado, strength in small groups, grief and fear, and, at the other end, the national interest — which should, after all, be the basic reason why we go to war.

The Australian Story piece reinforces the view of Hugh White and others that Australians prefer stories of what men do in war to understanding why we as a nation get involved in wars. Governments have an interest in that state of affairs continuing — there is a connection between citizens not thinking deeply about war (while celebrating warriors) and their willingness to fight future wars.

There should be more to war than providing an opportunity for warriors to display their professionalism under fire, to cement under pressure the ties of mateship, and to perform acts of selfless (but often pointless) bravery.

As the French General Bosquet said of the Charge of the Light Brigade:

“It is magnificent, but it is not war; it is madness."

Warriors, of course, need not be Anglo-Celtic.

The historian Joanna Bourke, writing in The Guardian about British Muslim jihadists, describes

... the glamorising of violence: a fascination with armed conflict permeates male sub-cultures, crossing religious, ethnic, and class boundaries, while remaining very rooted in masculinity ... War is often seen as a rite of passage for young men – finally able to prove themselves as adults, not only to their parents but also to their peers. In all armed conflicts, men are heard boasting about the exhilaration of fighting, often neglecting to acknowledge their fears of dying.

Bourke looks at the militarising effects of war films and violent computer games and the use of sporting analogies to describe combat. Technology and euphemism (“the supreme sacrifice”) reinforce testosterone and comradeship; governments and terrorist forces alike benefit from a steady supply of warriors, drawn in by this heady mix.

Finally, there is the article by United States Army Captain Benjamin Summers in the Washington Post. Summers says that we need to be careful with the term “hero”.

While some servicemen and women clearly deserve the title, others do not and calling these people heroes obstructs the development and implementation of good policy:

Over the past decade, a growing chasm between military and civil society has raised the pedestal upon which the United States places those who serve in its military. Too much hero-labeling reinforces a false dichotomy that’s commonly heard in our political discourse: You’re either for the troops or you’re against them.

As the proportion of Americans who have actually worn a military uniform declines, the reverence directed towards servicemen and women increases.

Summers goes on to address specifically American concerns but we do not have to go far in Australia to find evidence of excessive hero worship here, where the small proportion of military to civilians has applied for decades.

Shortly before he became prime minister, Tony Abbott spoke at the opening of the Afghanistan exhibition at the Australian War Memorial.

Referring to the men and women commemorated in the Memorial, Abbott said:

He went on to quote Samuel Johnson:

“‘... every man doth despise himself for never having been a soldier.’ As one who has never been a soldier, I yearn to know more of the lives of soldiers.”

Summers argues that hero worship of the military gets in the way of good policy.

Sycophancy, particularly if it is reflected in actions, builds an even higher barrier.

David Stephens is secretary of Honest History (www.honesthistory.net.au ), a broad coalition of historians and others, committed to frank debate and expressing a diversity of opinions on specific issues. Views in this article are the author’s own. Follow David Stephens on Twitter @honesthistory1. 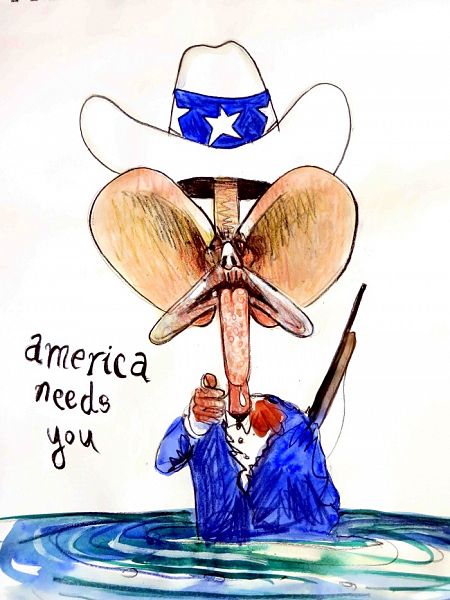