The "SS Australian Society" just had two giant bergs rip into her fragile hull, the icy waters of greed and manipulation flooding in.

Meanwhile, on the top deck, the band played on.

The band, the Tone Deafs, which has not been able to hit a note for the entire cruise, is oblivious to the panic in steerage. Bandleader Shire Hillsong is in fact enjoying the starboard tilt.

The two icebergs are of differing magnitudes

Despite this size disparity, both are tearing into the hull with almost equal force. Iceberg Mark should have had the overwhelming impact. But when it ripped into some essential services, steerage reacted with outraged alacrity and managed to get at least a few basics restored.

This, of course, exposed other parts of the hull to the destructive force of iceberg Josh.

Unlike most bergs, Josh is almost entirely superficial.

Navigation played a crucial role in this disaster.

In common with many cruise ships, "SS Australian Society" suffered rolling COVID-19 outbreaks, each flare-up being managed on a deck-by-deck basis by the chief steward of each deck. As a consequence, the stewards were ignoring their usual tasks of fetching drinks and supervising quoits and certainly not paying any attention to the direction of the bow.

The captain and bridge crew, who moonlight as musos, seriously overestimated their seafaring capabilities and had no clue the once watertight vessel was, in fact, a giant, remote-controlled toy operated by the Navigator.

One of several toys in the Navigator’s cupboard.

Legend has it The Navigator will not die, but in truth, each Navigator hands over to the next generation who, in turn, slip into the grey lizard skin that befits their status.

The Navigator has little time for vessel integrity.

As a child shrugged from his father’s lap, The Navigator learnt a crucial lesson: destroying ships and selling the scrap was far more rewarding than just letting them sail around.

This wallowing barge, fat with corrupt incompetence, had long been an enticingly soft target.

The set-up was straightforward. 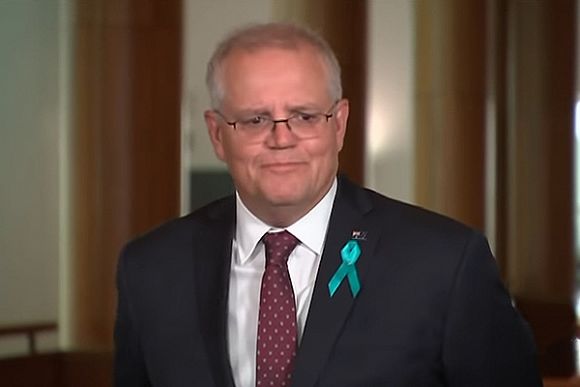 It was clear iceberg Mark could be a useful berg. Recently separated from the reasonable ice shelf, it had drifted into the major shipping lanes and was already posing a threat to several toys over which the Navigator had only limited control, the Origami Maru for example, or the MV Kosovo.

To ensure iceberg Mark impacted at the correct angle to inflict a rewarding amount of damage, the Navigator scouted around for additional leverage, preferably another berg, to properly wedge "SS Australian Society" and breach her lucky hull.

Iceberg Josh made a clear blip on the radar. It is understood the Navigator thought to himself that a bigger blip would be hard to find.

It would simply be a matter of steering "SS Australian Society" between the bergs at the right time and the right place and, viola!

Only one thing remained.

The Navigator had convinced his insurers that, after impact and with a bit of extra heat, iceberg Mark would reveal treasures for the taking, just scoop up the melted mark and it would be off to the races.

But Mark’s surface proved impervious to any kind of heat and stubbornly refused to liquefy as expected.

Iceberg Josh, meanwhile, continued gashing deep into steerage, the cries and wails heard far and wide across the dark waters.

The band played on, oblivious.

But The Navigator saw, through Lizard Remote™, the wealth of steerage – wallets, jewellery, credit cards and the rest – pouring from iceberg Josh’s gash and into the open sea, the flotsam forming a vast plastic island.

The discordant racket of the tuneless band obscured the sound of the remote-controlled, scoop-equipped drone as it skimmed the green waves.