Tony Abbott is desperate to go to war, but what are the costs and what is he really signing the Australian people up for? Veteran Australian diplomat Bruce Haigh says — a world of unintended consequences.

The so called Islamic State is a marauding force of Sunni adherents with an ambitious and opportunistic agenda. It seeks to fill the political and military vacuum brought about by the first American invasion of Iraq.  Acquiring power behind the shield of religion is its modus operandi.

Commonsense and compassion dictates that the rampaging rebels must be halted and contained. They must be stopped from beheading western hostages, abducting and raping women and executing prisoners of war.

But who is it that should stop them?

On Monday 15 September, France hosted a one day meeting in Paris of 30 countries, including the five permanent members of the UN Security Council, major European states, Qatar, Saudi Arabia, Kuwait the UAE and Iraq’s neighbours; Iraq did not attend and undertakings were vague. Further meetings are planned.

Australia has made preparations to join military action,  with the United States and just one other country, Denmark.

Britain and Canada are considering their options.

France has undertaken some air strikes in Iraq and Saudi Arabia, the UAE, Qatar and Bahrain have joined U.S. air strikes against targets in Syria. Involvement of the Gulf States is likely to be limited and will not extend to boots on the ground. None are likely to have been enthusiastic volunteers.

This is not Australia’s fight.

Despite the recent outbreak of official hysteria, which might incubate some home grown terror, Australia is not threatened in the way Iraq and neighbouring states might feel threatened.

This is a fight for a broad coalition of Arab states. In the absence of this why should Australia step up?

No doubt the United States feels compelled to contain the damage from past mistakes. The Chinese must be watching askance our rush to the American cause.

Abbott is approaching military involvement as a religious crusade. He has said that anyone fighting for the rebels is against God and religion. He didn’t nominate which God and which religion.

The Attorney General, George Brandis, appears to be on the same hymn sheet, describing the “mission” as humanitarian with military elements. They describe the rebels as evil.

The original Crusaders saw their missions as an act of love, righting the wrongs of Islamic occupation of the Holy Lands.

Abbott imbued with the history and heraldry of mother England and steeped in the tradition and atmosphere, if not the scholarship, of Oxford appears inspired by Shakespeare’s Henry V, during his invasion of France,

“Once more unto the breach, dear friends, once more; Or close the wall up with our English dead!”

English is interchangeable with Australian as we are all subjects of the Crown.

“The games afoot, Follow your spirit, and upon this charge, Cry ‘God for Henry, England and Saint George’!”

Words much beloved by school masters and boys of the Empire, which paraphrase Abbott’s televised exhortations.

Tellingly, in 2003, the Royal National Theatre reproduced Henry V as the invasion Iraq.

As with American entry to the war in Vietnam, this current undertaking is bereft of strategic thinking and planning. There is a forward rush based on emotional footage and commentary.

Cool and calm heads are few and far between in the major Australian political parties. There is a reluctance to debate the issues involved. There is a sense that the Australian people are being railroaded — that if the momentum for war was slowed and discussion took place, public opinion might give the venture the thumbs down.

Abbott and his followers are banging an urgent military tattoo, in order to drown out dissent and numb clear thought.

In building the case for war in Vietnam, media outlets in 1963 were swamped with images of village headmen decapitated, hung and disembowelled by the Viet Cong. Emotion and fear was exploited.

The slogan of the time was that it was better to fight Communism in Vietnam than at home. Abbott’s better to fight the Jihadists in Iraq than Australia eerily echoes the propaganda from that earlier ill-judged and failed war.

A small group of Australian officers and warrant officers were sent to help train the Army of South Vietnam in 1962. In 1965 selective conscription was introduced and, by 1967, there were 8,300 Australian troops in Vietnam.

Negotiations which might have taken place between the south and the north in 1964 were sabotaged by the Americans in the interest of defeating “Communism”.

For emotional, religious and ideological reasons, America fatally misread the political and social dynamics of Vietnam.

Yet here is Abbott, a latter day lap dog, swallowing every grim U.S. ‘intelligent report’ on IS and Iraq, not factoring in the earlier failure of U.S. policy, which has led to the present imbroglio.

How exactly does Abbott believe the U.S. confrontation of IS will proceed to a more successful outcome than Vietnam, the first and second Iraq wars and Afghanistan?

U.S. foreign policy is flawed — it is directed by U.S. military imperatives. The U.S. is a militarised democracy with a President captive to the industrial/military complex.

Will the ‘Coalition’ continue the war? Will they take over the instruments of the failed Iraqi state?

If Vietnam is any guide, the answer is yes — and with predictable and catastrophic results.

What if IS should have further success, gaining more ground and assets and, in the process, look and behave more like a functioning state to the point that a number ‒ perhaps a majority of Arab countries ‒ give recognition and trade with the new entity or state?

What, then,. if Arab states desert the ‘Coalition’?

What if they turn against the ‘Coalition’ on the basis that it comprises interfering infidels?

What if the Taliban in Afghanistan use the ruggedness and remoteness of the country to train IS and other fighters?

Some say involvement with the IS could be a drawn out affair; it could also come to range over a wide area. As such, it might start to bleed U.S. military and financial power and influence.

Is Australia prepared to be similarly disadvantaged?

As the war drags on, or perhaps before even that situation is reached, will the Abbott government introduce a war levy (tax) and re-introduce selective conscription, for what is likely to become an unpopular war?

To top off Abbott’s silly and alarming sabre rattling, we have heard little from the immature government he leads regarding the far greater threat to the world posed by the Ebola plague.

Bruce Haigh is a political commentator, conscript and retired diplomat, who served in the Middle East, Pakistan and Afghanistan. 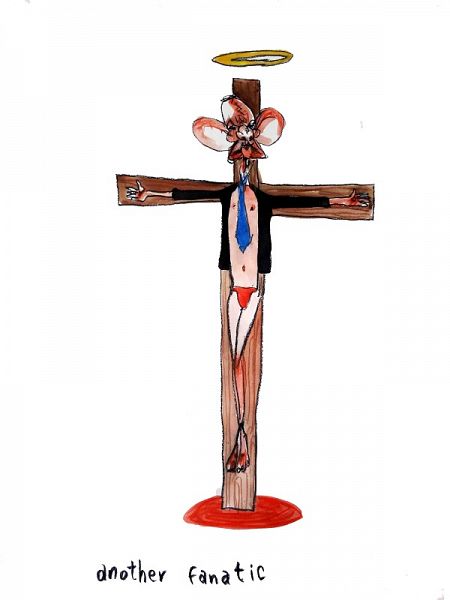