Think For Yourself: Diets

ALONG WITH air and water, food makes up the trilogy of things that humans need to survive, at least from a physiological sense. Despite this – or perhaps because of it – there are an almost endless number of fad diets that promise to “melt away excess flab” via miracle ingredients that don’t require an increase in exercise or decrease in calorie consumption.

Is there any truth behind the hype, or is dieting just a big scam?

The earliest diet on record was undertaken by William the Conqueror, first king of England. The story goes that as the monarch got older, he became so fat that he was unable to mount his horse, so he decided to adopt a liquid diet. Somewhat unfortunately, the liquid that he chose was alcohol, which did result in weight loss but also a significant loss of faculties.

When he eventually slimmed down enough to ride again, his skills had diminished to the point that he was slow to react to the horse rearing, resulting in the saddle horn being driven into his stomach and causing internal injuries that led to his death shortly thereafter.

It was during the 19th century that fad diets began to appear, including the Vinegar Diet espoused by the poet Lord Byron and diet pills containing arsenic and strychnine designed to ‘boost the metabolism’ (sound familiar?).

The diet trend increased in the early 20th century, when nutritionist Horace Fletcher proposed the theory that chewing food and then spitting it out was the best approach to weight loss, which to be fair probably worked better than vinegar and poison. 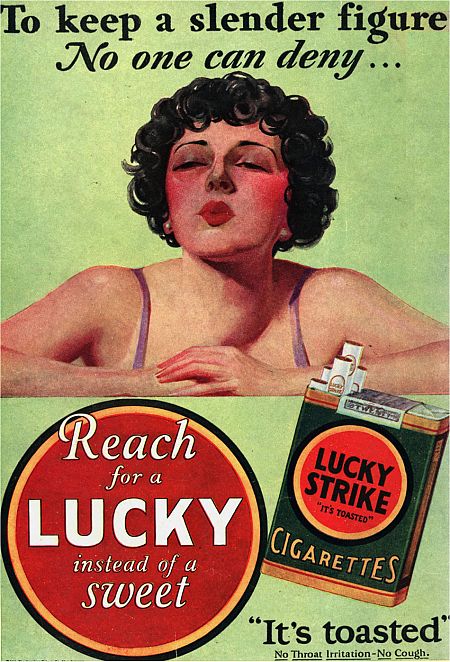 In the 1920s, Lucky Strike cigarettes marketed themselves as an alternative to sweets, while the 1930s saw the Grapefruit Diet rise in popularity. Cabbage Soup became the diet food du jour during the 1950s, along with the Tapeworm Diet, which involved swallowing a pill containing segments of a tapeworm and letting them grow in your stomach. 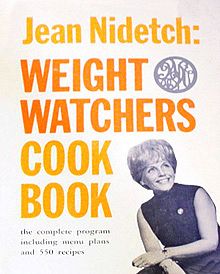 The first sensible approach to weight loss appeared in the 1960s with the advent of Weight Watchers, created by Jean Nidetch.

The idea behind Weight Watchers was that people needed the support of a community to stick to a healthy eating plan, so Nidetch started holding weekly meetings in her home in Queens, New York. The group followed the dietary recommendations of the New York Board of Health, and gradually grew in popularity leading to the incorporation of Weight Watchers in May of 1963.

Of course, with the good comes the less-good, typified by the Drinking Man’s Diet pioneered by San Francisco man-about-town, Robert Cameron. Essentially a precursor of the Atkins Diet, this eating plan emphasised quality meats and cheese accompanied by generous servings of distilled spirits, along with the elimination of carbohydrates such as bread and rice.

While less harmful to its creator than the Atkins Diet (Robert Atkins died of a heart attack in 2003) the lack of fresh fruit and vegetables make this approach questionable at best.

Originally invented in the 1930s and trademarked in 1946, appetite suppressant candy Ayds really grew in popularity during the early 1970s. Available in chocolate, caramel, butterscotch and choc-mint flavours, Ayds originally used benzocaine to reduce the sense of taste and therefore supress appetite.

Following developments in the pharmaceutical industry, the active ingredient was switched to phenylpropanolamine, an amphetamine class stimulant that was eventually banned due to an increased risk of stroke in young women. Interestingly, the chemical is still used to control urinary incontinence in dogs.

After flourishing in the 1970s, Ayds hit a snag in the early 1980s with the rise of AIDS and was eventually withdrawn from sale before the end of the decade.

The seventies also saw the rise of diets including the Cookie Diet, the Sleeping Beauty Diet – reportedly used by Elvis Presley – which involved weight loss via sedation, and Slim-Fast, a shake-substitute diet that still exists today. The much-derided (yet inexplicably popular) Atkins Diet was also released in the seventies, but didn’t really enjoy widespread success until almost 30 years later.

Along with Lycra and Miami Vice, the 1980s saw the rise of some highly questionable diets including the Fit For Life Diet, which prohibited followers from eating protein and carbs in the same meal, the Optifast Liquid Diet popularized by yo-yo dieter Oprah Winfrey and the Caveman Power Diet, reintroduced almost 30 years later as the Paleo Diet.

The Cambridge Liquid Diet took a leaf out of Slim-Fast’s book and substituted powdered protein drinks for solid food, resulting in health problems including heart failure.

On the other hand, the importance of exercise to weight loss became more prevalent during the eighties with the rise of aerobics, Jazzercise and a growing obsession with physical fitness. This higher level of physical activity allowed people to consume more calories and still maintain a healthy weight range, but may have set people up for a fall as technology-driven jobs gradually led to a more sedentary lifestyle.

The concept of “cleansing” and “detox” became popular in the early nineties, based on the fallacy that the body retains toxins that cannot be eliminated by the liver and kidneys. The proposed solution to this was to drink nothing but “cleansing solution” containing lemon juice and cayenne pepper for five days, which resulted in temporary weight loss, bad moods and a holier-than-thou attitude likely to lose friends but do nothing for long term weight problems.

The 2001 release of Dr Atkins New Diet Revolution made carbohydrates the enemy, encouraging followers to eat large amounts of bacon, eggs, vegetables and steak. While the calorie-limiting nature of this diet may indeed result in weight loss, the high level of fat consumed can result in heart problems, and severe carbohydrate restriction can result in ketosis, symptoms of which include headaches, nausea and bad breath. But hey, you get to eat a lot of bacon!

The GenoType Diet divided people into six types including The Hunter, The Teacher and The Warrior, with specific diets for each type. Promising to “change your genetic destiny” and pushed as a “miracle diet” by TV quack Dr Oz, this is pseudoscience at its best, with detailed sciency-sounding descriptions of each type based on complete bollocks.

In a truly depressing development, TV weight loss programs like The Biggest Loser revelled in torturing their obese contestants, forcing them to wear skimpy outfits for weigh-ins and exercise until they threw up. In typical “reality TV” fashion, these programs often take liberties with what constitutes a week, setting unrealistic expectations for potential weight loss.

On a slightly more positive note, Michael Mosley introduced the 5:2 Diet, which involves eating normally for 5 days per week and fasting for 2. The fasting in this case doesn’t involve eating nothing at all, but rather limiting calorie intake to 500 calories for women and 600 calories for men.

This diet has proven to be effective for those with the willpower to stick to it, but like most diets if you stop following the program, you tend to put the weight back on.

So ridiculous it needs its own section, the Paleo Diet suggests that eating like a caveman is the secret to good health and long life. For most proponents, this involves eating meat, fruit, nuts and fish while cutting out agriculturally based foods like grains, potatoes and beans.

Aside from being based on a misunderstanding of what cavemen actually ate – which was based on the food available where they lived – this ignores the fact that cavemen had an average life expectancy of around 40 years. 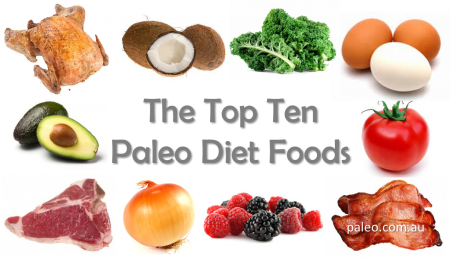 The other major issue with the Paleo Diet is that ignores the fact that cavemen lived from 20,000-50,000 years ago and humans have changed significantly during that time.

With many nutritionists now advising against the Paleo Diet it seems that reason may be winning the day, but, unfortunately, there will always be people who think they know better — as I imagine the comments section below will reflect.

By their very nature, diets provide a temporary solution to weight problems. Even if a diet is effective – which many listed above clearly are not – once you stop following the diet regimen, it is exceedingly likely that you will put the weight back on.

Genetics play a significant role in weight loss with some people able to lose weight more rapidly than others.

Despite what many unscrupulous “herbal” companies will tell you, there is no way to “boost your metabolism” with the exception of stimulant type chemicals, which tend to have far more negative effects than benefits provided by weight loss.

The best – perhaps the only – way to lose weight is to burn more calories than you consume.

There is no “magic bullet” for weight loss. Sugar is not your enemy, nor are carbohydrates. A balanced diet including the major food groups combined with moderate regular exercise is recommended by dieticians and health professionals, suggesting that lifestyle change rather than diet is the answer to weight loss.

Don’t believe charlatans trying to sell you miracle weight loss solutions, and as always …. think for yourself!