Living through lockdown while struggling with anxiety and depression, I believed my home state of Victoria pulled together reasonably, until reopening provided real perspective.

March of 2020 feels like forever ago, despite not celebrating the usual milestones of birthdays and haircuts. Like many Victorians, I'm not sure I took the rampaging virus quite as seriously as I should have early on.

The enormity of the situation hit me later, through horror stories from Spain and Italy. On the home front, it wasn’t until I had to wave to my own Mum through a glass window when she recognised (I didn't pre-empt the crisis, I wish I could have) the crisis with super early Easter presents for my son. Then the reality of what we faced in terms of separation actually hit me.

Things looked particularly ominous back then and we wondered if we too would have to turn our skating rinks into makeshift morgues was near impossible to predict. 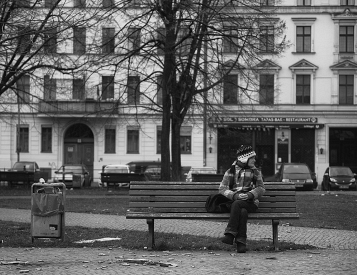 It doesn't feel like 'we are all in this together'

Unlike the toilet paper hoarders, my own family had a unique brand of COVID-19 flavoured paranoia. However, the issues that plagued us were more focused on direct health and education than toilet paper.

What if chemists were also forced to close too?  So began my stockpiling of antidepressants and enough benzo-diazepines to render unconscious every elephant around the globe.

While my good neighbours and associates in the outer eastern suburbs searched for a silver lining of any kind, a boy who originated from our own neighbourhood, The Chief Health Officer of Victoria, Brett Sutton, earned the nickname "The (C)HOttie".

As the more mature ladies among us swooned over the doctor here-to-save-the-day, the fact that six months later, we'd be sick of the very sight of him with his lacklustre and now unkempt locks, wasn’t even up for contemplating. Back then he was a beacon of collective hope and a distraction that some Victorians needed.

The fact that many of us were endlessly frustrated with Murdoch press journalists with their meandering questions, during convoluted daily pressers was perhaps a sign of the festering community frustration. Arguably this would have been best done with a single sleeve of Daniel Andrews' now-infamous North Face jacket.

Like others, I felt particularly bitter about the draconian restrictions; our Premier’s imposition on our lives and what I deemed to be the overreaches of government power. The brutal snap closures of businesses and hard lockdowns faced by public housing residents were clinchers. 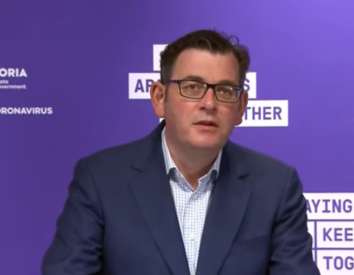 Lockdown was horrible. The vicarious financial trauma hit hard. The struggles to find meaning in life while living in a largely lifeless society was awful. While Mum kept reminding me our grandparents had been through must worse in terms of wars, it didn’t help me feel better.

Particularly not when Dad was almost hospitalised and we couldn’t even be there to hold his hand. Those jokes we used to tell as kids many moons ago about how we’d put Mum and Dad into their local nursing home one day seemed both maniacal and homicidal.

We weren’t far into the first wave when my husband was made redundant along with the vast majority of his colleagues. His unemployment then translated to long hours at home and occasionally heated boardgames and by the completion of lockdown, my husband admitted he’d miss The Today Show and had developed an affinity for Karl Stefanovic and the crew. “I’ll miss ‘em”, he said in an uncharacteristic moment of emotion.

My sister is s a nurse in a public hospital in Melbourne’s east. The sheer horror of her coming home and removing her scrubs in the cold, dark backyard before daring enter her own home with her two little girls and husband was very real. The black humour that nurses so often adopt as a coping mechanism saw her through.

When I inquired what was on for tomorrow she replied:

“Oh, just hopefully avoiding the need to wade through bodies.”

The visuals of that comment stuck with me, with overseas media reports as the backdrop complete with 1980’s horror movie music.

As our daily lives became narrower and more restricted, so too did our topics of conversation. The price of meat cuts became akin to stories of competition traded over the fence between neighbours. Whenever someone in our quiet little pocket of suburbia broke rank to host a visitor when they shouldn't have, they risked the collective ire of the entire street.

When the AFL, our last beacon of hope and normality was shipped off to Queensland, it felt like the last straw. Little did we know then that the grand-final match up would turn out to be an all Victorian affair, and the game itself, one of 2020’s greatest moments of redemption. 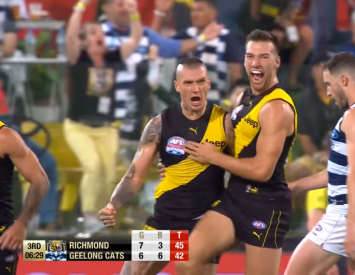 On Wednesday 28 October, our city started reopening and on the radio Victorians recounted their stories of venturing out for some new undies. That day, everyone was on for a chat with a stranger. People were happy and grateful to be back at work, and some even got excited about the traffic on the freeway.

These were the moments when our collective suffering and the brutal collateral of lockdown became processable. The fact that our Victorian Premier fronted up every single day for hours upon hours to be met with vitriol and confrontational grilling from every possible angle had gone largely unnoticed. That is, until now, when suddenly many became aware that every single day of our darkest hours, our Premier lead us through the storm of a pandemic.

Our Premier, the hard-working and understated boy from Wangaratta did not leave on holiday to Hawaii because he’d promised the kids a nice break. Nor did he opportunely mingle at the rugby with a beer in hand or share his lack of culinary skills and attempt a cubby house. Day after day he fronted up.

He was strict, hard-nosed and single-minded but he remained patient and stoic as there was a job to be done. Ultimately his task was to see Victoria through the worst of the pandemic and despite any personal cost, including that of his own government ministers, he committed to the onerous task.

In retrospect, what many of us failed to see in full perspective was over six months ago it stopped being about politics and control over anything but about the virus itself. Despite being perceived by many as public enemy number one, for upwards of six months at a stretch, Daniel Andrews unwavering work ultimately saved thousands and thousands of lives.

Many of us bemoaned every step of what would ultimately be the right path. This path would hopefully allow every Victorian the opportunity to get together again, to "get on the beers".