A PROMINENT Melbourne-based Muslim religious leader has supported the idea to train imams domestically, saying that having clerics grounded in “Australian values” would have a huge impact on reducing the number of people attracted to violent extremist ideologies.

We have about 500,000 Muslims here in Australia, with those below 29 years of age constituting a majority among them. More than a third of them are first-generation Muslims. Ideally, we should have imams who grew up here as they would understand the Australian culture better than the foreign-trained imams, besides being able to communicate in a more convincing manner, Sheikh Mohamadu Nawas Saleem, spokesperson for the Board of Imans Victoria, told the writer.

His comments came as Australian authorities grappled with framing an effective strategy to counter violent extremism that was acceptable to the Muslim community at large. Most of the major Muslim organizations of the country denounced the counter-terror raids, conducted earlier this year, by the Australian Federal Police (AFP) across major cities as being 'opportunistic', fearing that such operations could alienate the community.

Sheikh Saleem believed that the federal and state governments should facilitate setting-up of imam-training institutions, along the lines of other advanced democracies such as U.S., Germany or France, all of which train most of their imams.

"Although there are several community organizations that are teaching Islam the way it should be taught, still to expect them to establish madrasas, like the College of Divinity in Turkey, is asking too much of them."

He proposed that the government could fill the logistical gap that prevented Muslim organizations from developing the required infrastructure to train imams.

“Land could be allocated at concessional prices, or certain theological courses could be taught in a different way,”

On paper, the federal government's current strategy to check violent extremism was based around engaging the community and identifying vulnerable people who were on the brink of embracing violent ideologies. Announced in August 2014, the Countering Violent Extremism (CVE) Program strived to intervene as early as possible to prevent people from committing violent acts.

While several Muslim organizations had been awarded grants, under the four-year $13.4 million CVE program, to counteract violent extremism in the community, there hadn't been any concerted efforts till now at establishing imam-training institutions. 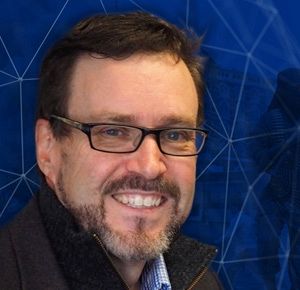 Terrorism expert, Professor Greg Barton, said that the main roadblock that had prevented Australia from having its own imam-training schools in the past was a ”lack of "critical mass" to have enough Islamic scholars to teach other younger Islamic scholars.

"It’s a bit of a Catch-22. You won’t have the numbers to start to build the institutions.

However, Professor Barton said that Australia should aspire to having its own theological schools as a long term goal, due to increasing Muslim population and with more Australian-born Muslims coming of age, noting

"As we start to have more Australian-born Muslims, the demand for local education will definitely increase.”

According to him, the diverse nature of the Australian Muslim community was another challenge that had to be taken into account in reaching any agreement on establishing imam training institutions.

From 1968 onwards, Turks began to settle in Australia in large numbers and led the way for Muslims from other countries. After that, there was a huge influx of Lebanese Muslims into the country during the Lebanese civil war in the 1970s. We need to understand that the Australian Muslim community is racially and ethnically diverse, unlike that of France, or Germany, where it is more or less homogeneous in composition, he explained.

The Deakin University academic also warned that government would have to be careful to not interfere excessively in the day-to-day functioning, should these schools become a reality in the future.

"Let's be honest. We have made mistakes in the past when the state had overplayed its hand and encroached on the realm of religion. Such schools will have to be community-led and private initiatives.”

However, he still saw the government funding to these schools being contingent on them teaching a standard national curriculum and principles of governance. He was of the view that government funding was essential to sustain any educational institution financially, noting

"A school would be unviable without government funding. We have to follow the same model followed in the private education in Australia. There are many Turkish schools, which are Islamic in nature without explicitly claiming so, that are open to funding from the government.”

Sheikh Saleem, on the other hand, thought that the government was bound by the Constitution to not to interfere in the running of religious institution affiliated to any denomination.

Viewed as the ultimate authority on many religious and social matters, imams are said to wield considerable influence within their respective communities. The idea of training imams at home was first proposed in Australia by sitting Victorian MP Adem Somyurek in 2005 in wake of London bombings, in which three out four plotters were found to be “home-grown”. Mr Somyurek had then foreseen home-grown violent extremism posing a major threat to Australia, viewing home-trained imams as a solution to engage with Muslim youth who felt alienated from the society.

The closure of Al-Furqan Islamic Centre in Melbourne in April this year had brought the issue of violent extremist preachers in the public limelight. It was alleged that three youth charged with terror offenses, including Numan Haider and two other 18-year olds arrested in subsequent counter-terror raids, frequented the Springvale South Center. Its president Harun Mehicevic had been accused of making controversial sermons to his followers, a fact not lost on police while investigating the recent terror-related incidents.

CHILDREN have been cared for in the home of a notorious extremist Islamic preacher who http://t.co/Qm77s5eb6H #AUSPOL @Abloorable @OZzSue

But Professor Greg Barton believed that such “fringe-of-the-fringe” centers shouldn’t affect the way we view other Islamic centers.

The only thing we have to fear is fear-mongers. Subscribe to IA for just $5.