Penfolds Grange was the wine at the centre of the scandal that saw the end of Barry O'Farrell; it is also an Australian icon and, believe it or not, rather a steal at $750 for its latest release, says Dr Craig Johnston.

The 1st of May is Labour Day, May Day and International Workers’ Day. So there is a strange sense of irony in the fact that it is also the day Penfolds Wines releases its icons, including the single most famous, and one of the most expensive, of all Australia’s wines, Grange.

Grange is hardly a wine of the masses, selling as it does for $700 a bottle or more. However, it is the one iconic wine of Australia that most people have heard of — at least in passing.

Grange is also the only Australian wine to have been the centre of a political scandal big enough to have brought down a New South Wales premier.

Barry O’Farrell, in the third year of his first term, sitting on the biggest majority in the state’s history, was brought undone not by corruption or wrong-doing, but by a “massive memory fail” regarding the gift of a bottle of 1959 Grange, valued at about $3,000. Facing the ignominy of the claim one day that he would remember such a gift, he was gone the next day when faced with the indisputable evidence, from his own hand, that he had received the wine.

It is inconceivable that any other wine could have done in a premier — far less one all but guaranteed a second term.

Grange exists in a pantheon of international wines that anyone with a passing interest in wine has heard of: Chateau Margaux, Chateau Latour, Tignanello. We don’t question the prices of the great wines of France or Italy. They have history, romance and mystique. The wines of Bordeaux were classified in 1855. The mere passing of over 150 years grants them a place ahead of all others, runs the familiar argument.

Grange is a relative newcomer, with a history going back to 1951.

In recent years, Penfolds have been steadily, and steadfastly, increasing the price of Grange year on year. Three years ago, the newly released 2006 could be found for $550. The 2007 was the first to break the $600 barrier, and the 2008 was released at almost $700.

The RRP on this year’s vintage – the 2009 – is $750. And that price was set before Grange’s starring role at ICAC. That’s $200 in four years, coming after the biggest global meltdown since the Great Depression.

Unlike the most famous and expensive wines of Europe, Grange is not about a single region. While its heart is in the Barossa, it has fruit sourced from various other regions, including McLaren Vale, the Clare Valley, even Coonawarra at times. It is not a wine about variety, or a blend of like varieties. While the Bordeaux wines rely on Cabernet Sauvignon and Merlot, and Burgundy reds are exclusively Pinot Noir, Grange is predominantly Shiraz with a Cabernet component that varies according to the vintage. Like the larrikin it started life as, Grange and its winemakers have rejected European strictures to make a wine that is about Grange above all else. Each year, the senior winemaker is not making the best Shiraz, or the best Barossa red. He (and they have all been men) is making the best Grange that can be made in any year.

In this context, Grange is underpriced. Even at $750 it is one of the cheapest of the world’s icon wines. Almost alone in the Australia, it has form. With vintages reaching back over 50 years, Penfolds can justifiably claim its longevity, while most have to be taken on trust.But is it worth the money? It’s $1 per millilitre, $30 for a taste and $120 for a glass. Clearly this is a wine for a special occasion. Even then, $120 would buy three superb bottles and five pretty decent ones. And yet none of these other bottles has the reputation or the cachet of Grange. It was the 1990 Grange that first proved to the wine world in 1995 that Australia was capable of producing much more than “sunshine in a bottle”, winning the US Wine Spectator magazine’s Wine of the Year – the first time the accolade had gone to a wine not from France, Italy or the US. For the first time Australian wine was taken seriously by the rest of the world. The Australian wine industry, one of our most successful manufactured exports, owes much of its success to the coattails of Grange. In the minds of the wine critics who mattered, Grange set a new pinnacle for Australian quality wine. In its wake, other great wines have followed, from Henschke’s Hill of Grace to Cullen’s Diana Madeline.

Grange is a wine that Australia needed, and still needs. If it didn’t exist, our wine culture would be the poorer. If it didn’t exist, it would require creating. Certainly it’s not a wine that most of us will come near, far less taste, but it has a place in our culture that couldn’t be filled by anything else. All wine drinkers benefit, indirectly, from the influence of Grange.

And no other wine in the world has ever been the centre of a political coup so swift that even the press didn’t see it coming. The International Workers would be proud.

Everyone’s asking one question this year. Is the 2009 a premier-slayer? It has a hard act to follow after the extraordinary 2008 and the now famous 1959. The 09 is a glossy wine with chewy fruit and Grange’s typically firm tannins. While the last couple of vintages have been quite approachable on release, this is tighter and more defined, more traditional. It will, in all likelihood, be an overshadowed wine, coming between the 2008 and the much anticipated 2010. It has the hallmarks of a classic vintage. The palate is dominated by chocolate, mocha and black fruit but it’s not generous yet. It will take a few years to open up fully, and ultimately will probably outlive most of us. I suspect that Barry O’Farrell won’t be taking his allocation this year. 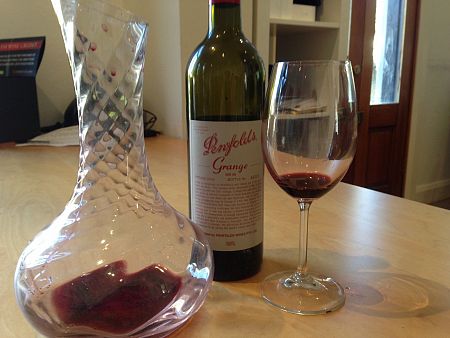 (Image by the author) 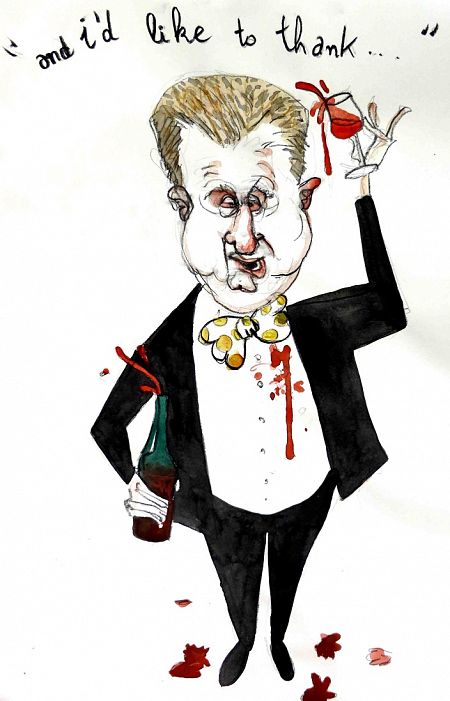 After the referendum: How Scotland is shaping the British General Election

The Queensland election: How Labor – and the LNP – defied the odds

9 March 2015, 9:30am Seasoned election watcher Dr Craig Johnston was in Brisbane in the closing days of ...

18 September 2014, 6:30am By the end of this week, one of the oldest and most successful political and ...
Join the conversation
comments powered by Disqus
News updates