'MISS DHU': An ode to remind us to be relentless in demanding change

'Miss Dhu' by Felix Riebl is a song to honour the life and tragic death in custody of Ms Dhu, shared here for the first time, to inspire us to demand change. Gerry Georgatos reports.

ON 4 AUGUST 2014, I was phoned by family members of Ms Dhu. Only hours before the phone call, Ms Dhu had passed away at the unnatural hand of racism. Some will argue racism did not kill Ms Dhu, but I am of the view racism did.

The 22-year-old, who would have been 25 years old on Christmas Eve had she lived, was dragged, carted and hauled to the pod of a police vehicle as her spirit left behind her mortal coil. As the recently released CCTV footage lays witness, Ms Dhu was dumped into the back of the police van like some would say “a dead kangaroo” and shut inside, alone.

If the last breaths of her mortal coil were not taken in the South Hedland (WA) police watch-house cell where she spent most of the last 48 hours of her human existence, then her last breaths were taken inside the fibreglass pod of the police van.

I have written widely on the deplorable death of Ms Dhu and of the mire of racism that made sure of her passing.

More Australians became aware of the death of Ms Dhu only just recently, on 16 December,  with the release of the CCTV footage from South Hedland police station and from the Hedland Health Campus. She had been taken twice to the Hedland Health Campus by police officers, only to be effectively turned away by triage personnel before her body was returned for a final time – the third in 48 hours – lifeless.

I was contacted early last year by acclaimed musician Felix Riebl of The Cat Empire fame. The renowned singer/songwriter had been reading my writings on the death of Ms Dhu. Felix said to me the nation should know – everyone should know – of such an abhorrently needless death and also that the right-minded people in our nation should be galvanised to demand change. Mid-last year Felix emailed me a draft of a song; an ode and memory to Ms Dhu, but also a call to the nation’s right-minded to become a multitude of voices in the call for change. When many rise, change happens.

A teenage female Aboriginal and Torres Strait youth choir, Marliya (Yindjibarndi for bush honey) from far north Queensland partnered in the song making. The song journeys us through nutshells of the wrongs and injustices in those last 48 hours of Ms Dhu’s life and inherently of the ways forward.

Felix and Marilya capture the veils and layers of racism when they sing:

“ … they carried her ‘like a dead kangaroo’ from her cell back to the same hospital who’d assumed that her pain must be invisible.”

The questions that we should all be asking must focus on why police and hospital personnel decided she “was faking it” because that assumption denied this young black woman a proper health assessment and life-saving critical care.

Racism mires this nation, despite the hostile denials by far too many and of others (who should know better) who moderate discussions on racism to the reductionist and minimalist. So, too, our governments remain idly quiet. That is no surprise when parliaments in their make-up do not reflect the demography of the nation. I lived racism as a child and have been haunted by it ever since. I have dedicated much of my research to unveiling it but only so that we journey the ways forward. I am exhausted by white privilege – the oppressor – talking down to us as if racism doesn’t exist, as if white privilege could ever understand what it is like to experience racism. 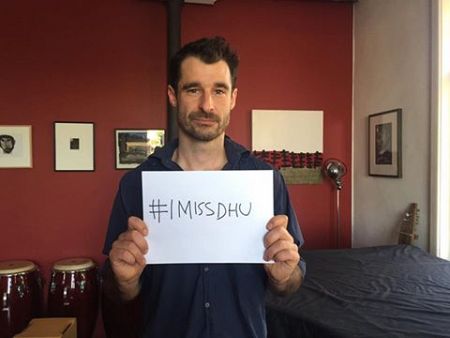 Western Australian Coroner Ros Fogliani delivered her findings on Ms Dhu’s death on 16 December. Every Dhu family member, every advocate, every interested party, lawyers included, did not expect any damning condemnation from the coronial inquest. We have been burnt so many times, again and again.

In November 2015 and March 2016, I attended most of the coronial inquest hearings. I saw the footage and, though it broke the heart to see it, I was not surprised. Much injustice is perpetrated when racism, classism or sexism get in the way. The muddle-minded can act towards others aberrantly, brutally, abominably.

Health personnel and police officers pleaded their innocence during the coronial inquest.

Felix and Marliya capture it best in the song:

“It wasn’t me, wasn’t me, I’m innocent say the ones who betrayed her in every sense … now they’re whitewashing away evidence — will we ever see a cop locked up for negligence?”

Last November, I met with Coroner Fogliani to discuss some of my predominant work, suicide prevention. But I also took the opportunity to discuss briefly Ms Dhu’s death — and urged for the Custody Notification Service to be recommended. This service would have mandatorily provided a stout advocate for Ms Dhu and I believe would have saved Ms Dhu’s life, or at least given this every shot. I found Coroner Fogliani to be an open-minded individual and I held out hope that she would come good in the findings and recommendations despite the weight of pessimism (rightfully so) of so many others.

Coroner Fogliani made 11 recommendations — the majority much needed and long overdue. She skirted around racism with the maltreatment by police which she described as “inhumane and cruel” and “unprofessional”. I’d go right to the facts that it was brutal, evil and racist. Yes, there was domestic violence and, yes, there was a staphylococcus infection and septicaemia, just like so many issues at hand. The domestic violence must be owned.

However, what ensured her death was police locking up Ms Dhu for fine defaulting, despite that they had been called out to a domestic incident and should have focussed on the wellbeing of Ms Dhu. While in the care of the police, she lost her life. The Western Australian Police Commission has a lot to answer for here but has limited itself to reprimands. Similarly, Country Health has a lot to answer for but, sadly, silence has been called into play.

The 11 findings, which included the call for the Custody Notification Service, were fine, but what was missed was the calling out of the racism, the calling for the accounting before the criminal justice system of the conduct of the involved police and health professionals, and the calling for compensation for the Dhu family; Ms Dhu leaves behind six younger siblings.

Ms Dhu pleaded for her life.

“I am in so much pain. Oh God, someone please help me.”

The song, 'MISS DHU', is shared here for the first time. It features Felix Riebl and MARLIYA (members of Gondwana Indigenous Children's Choir). It was written by FELIX RIEBL (of The Cat Empire).

4 September 2022, 1:00pm After half a century of continuous efforts by the community to protect forests in ...
Join the conversation
comments powered by Disqus
News updates