Bazza makes a shock announcement involving ScoMo during a catch-up with Mick over a few quiet ones.

Bazza stared into the full schooner and rotated it a number of times, before gazing off into the distance, as Mick approached the bar table.

“You seem deep in thought, Bazza. What’s up?”

Bazza rubbed an eye and took a decent sip.

Mick leaned back and his eyes widened. 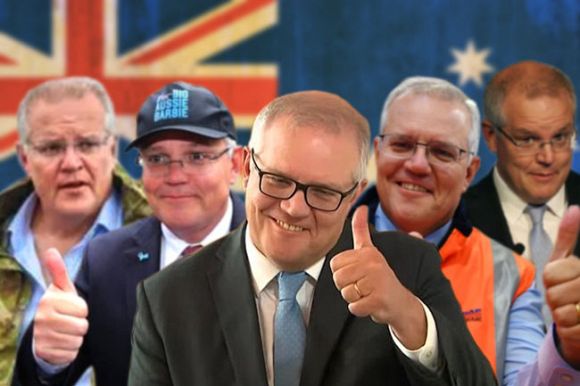 “Who? ScoMo? You bagged him out the whole time he was Prime Minister.”

They both took long sips of their schooners.

I might have shared the odd criticism, Mick, but I miss his smiling face and eternal optimism. He could reduce a cyclone to a strong wind or a once-in-a-hundred-years flood to rising water levels — with that smile. It was bloody reassuring.

This current mob are hell-bent on sharing problems with us. Let’s be serious, Mick, I’d rather the recipe to a good chicken curry than be reminded of stagnant wage rates, supply shortages and rising inflation.

And then there were the updates on Jen and the girls… there were times when I felt I was sitting around the dining table with them. It’s a bit heart-wrenching. Nah… I miss the bloke.

“Bloody hell, Bazza, I’ve had to rethink his legacy in light of the multiple ministries.”

"Don’t be silly, Mick. You won’t find me joining the 'pile on'. Now, ScoMo would never have needed to hold a Jobs and Skills Summit. He would have put himself in a room of five mirrors, consulted away and whipped up a quick plan for the nightly news. It would be two thumbs up and away we go… Just the thought makes me almost teary."

Bazza paused for a sip.

“Now, let's be fair dinkum, Mick. How many actual workers are at this summit? It’s full of suits and the golden rule has always been ‘the better the suit the less work you do’.” 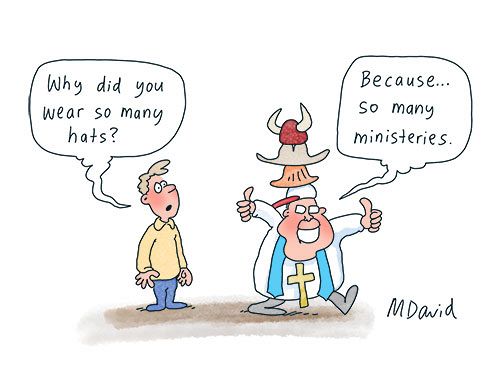 CARTOONS: ScoMinister had to bag a few more ministries

Because, if you want something done, you've got to do it yourself, right?

No bloody buts, Mick. Under ScoMo any shortfalls in jobs or skills would have been picked up by his examples. Now, not only was he running half the government, the bloke was not shy about donning an apron to cook croissants or slipping on a fluoro and safety helmet for a bit of mining or construction.

I even reckon the bloke would have taken to a bulldozer to fix the delays in the Snowy Hydro 2.0 and then strum a tune on the ukulele at smoko… Let’s call it leading by example and inspiration, Mick. I just don’t see this new mob getting their hands dirty.

There was a long pause and Bazza stared into the distance.

Mick had a drink and rubbed his head.

“You’re almost sentimental, Bazza… but I reckon you're winding me up. You’re not serious?”

“Nah, Mick. If there is one thing the big bloke taught me… it's to stay on message, regardless of the facts.”

A world without black and white

Fitness is an activity best done with mates