Kathy Jackson at #TURC: It's only just begun

There were many discrepancies in Kathy Jackson's evidence to the Union Royal Commission last week, but one in particular particularly stood out to Peter Wicks from Wixxyleaks, who thinks it may prove to be her undoing.

LAST WEEK IN THE WITNESS STAND at the Royal Commission, Kathy Jackson threw this last piece of commentary in before stepping down after her testimony.

"I very much hope that any recommendations for reform that might eventually arise from this Commission will increase the governance and effectiveness of unions for the good of all union members in this country. So, I thank you for that."

It seemed a desperate plea for credibility from someone who was in a desperate situation and, in the eyes of most following the events, had lost almost all of her credibility.

Those who doubt that clearly haven’t seen the bulk of the reporting in the mainstream media. Jackson now finds herself in the unfortunate position with the media Craig Thomson was in two years ago.

The last day of Kathy Jackson’s testimony was remarkable and the knowledge of the fallout that will accompany it was easily seen on the faces of her support base and visible in their behaviour.

Marco Bolano looked like a caged bear, sitting restlessly biting his nails throughout the proceedings not knowing where to direct his anger. The previous days he had been out confidently intimidating people, now he looked like he has done 10 rounds with Mike Tyson with his hands tied behind his back.

Michael Lawler had entered the hearing talking of how his beloved was being smeared and by the end of her testimony was allegedly aggressively abusing members of the press for reporting on the many details his "beloved" could not explain. 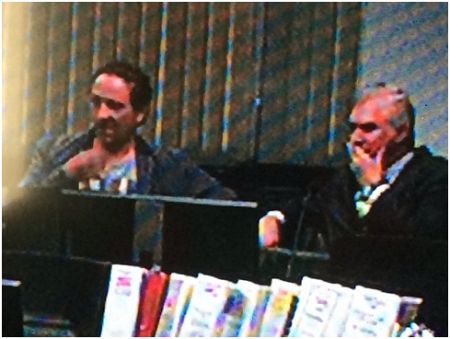 So, where to start with Kathy Jackson's one and a half days on the stand?

I could talk of how she spent half of her first day of testimony talking about the bullying and intimidation she claims to have received from Michael Williamson’s faction whilst her righthand man Marco Bolano was outside trying to intimidate and bully people during the breaks.

I could talk about the never-ending string of cash withdrawals that were made from the HSU bank account by her, one as high as $50,0000, that she now claims to not remember.

I could talk about the credit cards that she spent an alleged $1.3 million dollars on that there are no details of expenditure for at all.

I could also talk of the fact that when Craig Thomson told us that others within the union could have accessed his credit card details, the notion was labelled outrageous and ridiculous by Kathy Jackson. Suddenly, when her expenditure is under question the entire union had access to her three credit cards.

I could also focus on why Jackson seems more interested in spending a fortune on lawyers to argue what may or may not be on her missing credit card statements, when she could just phone the bank and have copies sent to her.

Another strong contender for discussion could be the $284,000 taken from cancer workers and put into a slush fund which Jackson controlled and a significant portion allegedly used for her own personal purposes.

It would also be worth looking at a payment made to Shaun Hudson as a hush payment. Hudson was seeking to take legal action against the HSU Number 1 Branch for non-payment of his entitlements and was demanding money. Jackson in her sworn testimony accessed NHDA funds on Michael Williamson's advice to “shut him up”.

At the time, it was imperative the matter be kept out of court as it would have involved Jeff Jackson and would have made allegations against Jeff Jackson’s misuse of members money on things like prostitutes public knowledge. 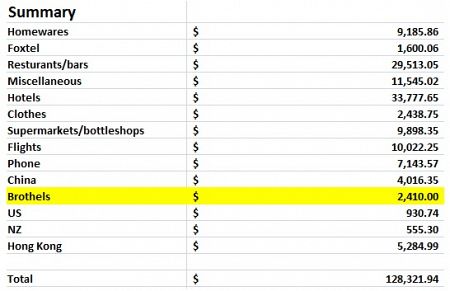 Speaking of Jeff Jackson, I could also speak of how Kathy Jackson threw her ex-husband under the bus and stated she knew nothing of Neranto #10, the company the pair owned and received thousands of dollars in payments from the union from after raising invoices to the union. Kathy knew nothing despite being a Director and equal share holder. Hmmm

I guess she can't say the same for Koukouvaos Pty Ltd, given it is her maiden name, although this matter has not been raised at the Royal Commission as yet.

In fact, there is a mountain of discrepancies in Jackson's evidence I could focus on based just on the testimony so far — and we haven’t even come to the cross-examinations yet.

These days are what Jackson will look back on in the Royal Commission as the good old days, as I would imagine things will likely only become worse for her from here on in.

What I did want to talk about, however, is one particular payment made with funds from the NHDA slush fund.

The payment was made towards the union election campaign of Fleur Behrens in 2012.

Money from the fighting fund is money that was owed to cancer workers, as Jackson's sworn testimony states:

Counsel: When you say "fighting fund", are you referring to the funds emanating from the Peter Mac settlement? 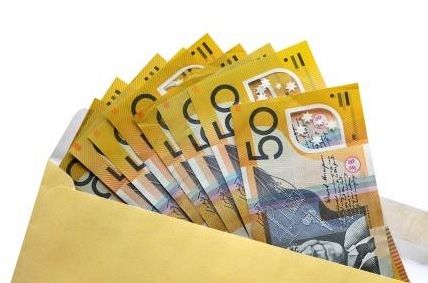 As Jackson says in her testimony, when describing the funding of campaigns for Marco Bolano and Fleur Behrens:

Jackson: Yes, I gave some money, cash, to Marco Bolano.

Counsel: When you say to him, how physically does it work? You physically handed him cash?

Jackson: Yes, in an envelope.

Counsel: And that was money drawn from one or other of the kitty or the NHDA?

Jackson: Yes. And I should add, I also, I don't know if it's come out anywhere else, but I also contributed - well, when I say "I", the organisation contributed money to the Fleur Behrens campaign in that election as well.

Counsel: She was also a candidate for office in the HSU elections?

Jackson: In the No 3 Branch election.

In testimony, given under oath, there are a few things to take note of.

Jackson also claims to be working on the Union's behalf when contributing money.

All Union officials were sacked and the election was being overseen by Mr Moore.

What this means is that Kathy Jackson was not the Secretary of the Number 3 Branch, nor even an employee at the time.

Therefore, approval for this funding could also not have come from her Branch Committee of Management, as the BCOM was not in operation at that time.

So what does this all mean?

That depends on your viewpoint as to who owned the account that the NHDA funds were held in.

The funds were held in an account that was under Kathy Jackson's control, which some say means it is her money to do with as she wishes.

However, Jackson has testified that it was a union bank account and was just she was just the signatory, therefore her branch funded the campaigns.

Where this all becomes sticky is that, either way, the end result would seem to be theft.

If the NHDA account is Jackson's personal account, then given she has testified that it was HSU money, it should have been returned to the Union as soon as an administrator took over.

If the account was indeed personal, then I think Jackson can also expect a call from the tax office.

Jackson cannot claim to have forgotten about the funds as an excuse for not handing them over to the administrator, as she has now testified to knowingly using them for union purposes.

If the NHDA account is, in fact, deemed a HSU account, as Jackson is testifying it is, then Jackson's admission has her accessing the bank account of a Union she no longer works for whilst it is under the control of a Federal Court Judge. I hate to think how many laws that is breaking.

What will also be interesting will be when we find out if the administrator was even aware of the NHDA account at all.

What has become clear from Kathy Jackson's testimony is that there needs to be proper accounting practices when running a union. People with the expertise levels of Katrina Hart may think it is noble and reasonable to run expenses out of a shoebox and an exercise book, and take money from cancer workers for a slush fund, but for those of us in the real world who understand accountability, it is nowhere near good enough.

Kathy Jackson clearly has quite a lot of further explaining to do and her selective amnesia and lost notebook excuses will, I believe, only serve make her look even worse under cross-examination.

As will her desperate swipes at other HSU and Labor figures with no evidence.

As for great Jackson faction downfall.