Watch John Pilger in this commentary on the British Government's accusations against Russia over the attempted assassination of the double agent Sergei Skripal and his daughter, Yulia, in Salisbury, only a quarter of an hour drive from the Porton Down facility where the UK develops chemical weapons. 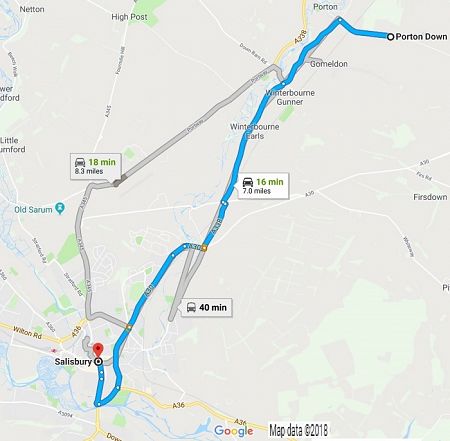 It's just 7 miles from the secretive Porton Down chemical weapons testing facility to where Skripal was poisoned (Image screenshop google.com.au)

As our Government get very vocal about the 'highly likely Russian' use of chemical weapons in 'our' country, just remember...

'How the British Government subjected thousands of people to chemical and biological warfare trials during Cold War' https://t.co/Mawjx2nRze