If the Health Care Complaints Commission has been effective, we should see a reduction in the number of complaints about practitioners — complaints in NSW more than doubled in the past ten years, writes Dr Kyle Mervin.

THE HEALTHCARE complaints system in Australia is enshrined in law but varies from state to state. It’s there for the very noble cause of protecting the public and as such, it operates under what is known as a "protective jurisdiction".

Criminal law exists in a punitive jurisdiction. In other words, it is there to punish people. In criminal law, any case against an accused person must be proven beyond a reasonable doubt. The evidence against them has to have been obtained in a lawful manner by the prosecuting authority and the rules of evidence apply.

These safeguards are in place because the outcome of a criminal prosecution can have life-changing impacts on the accused and the people around them. Not so in the regulation of health practitioners.

Operating within a protective jurisdiction, prosecutors who are charged with protecting the public are afforded incredible powers to impose their will on practitioners and if they get it wrong – perhaps through the incompetence of malice – they appear to answer to no one. They are acting to protect the public from rogue operators as a matter of urgency so it is quite reasonable to expect that mistakes will be made — or so the narrative runs. 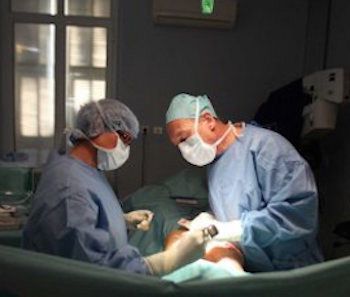 Bullying: Alive and well in our medical system

Dr Don Kane shares one nurse's tragic experience: a regulatory system rife with bullying and dysfunction, where health professionals are guilty even when proven innocent.

Not only are health practitioners prosecuted in a jurisdiction where the rules of evidence do not apply, but they are not entitled to the presumption of innocence. Worse yet, unlike in civil matters which are decided on the balance of probabilities, regulatory matters are decided on the basis of whether there were reasonable grounds to suspect that there might be a danger to the public. If those reasonable grounds exist, regulators are obliged to act.

The upshot is this: accused practitioners can be subjected to the imposition of conditions that can cause serious financial and emotional harm – they can dwarf the punishments metered out to criminals – but because they are "not being punished", they have fewer rights than criminals.

Practitioners can be suspended under various sections of the legislation with little to no notice, depriving them of the income that they rely on to pay staff or to prevent their practices from operating insolvent. Leases, business loans, salaries, personal loans, car leases and school fees etcetera — those expenses do not stop when the practitioner is suspended with a few days’ notice.

But they are not being punished right?

In theory, the complaint system is there to protect the public from practitioners that are either incapable of providing an appropriate standard of care or who deliberately mistreat patients. To achieve that outcome, regulators have in their arsenal the ability to impose conditions on any practitioner that they are satisfied is not performing any given treatment with the level of expertise that is expected of an appropriately trained and experienced practitioner.

Moreover, they have the legislated power to impose conditions on a practitioner which may be used as a warning to other practitioners who might be tempted to stray from industry acceptable practice standards.

So, under this so-called protective jurisdiction, practitioners can find themselves facing proceedings on short notice: with fewer rights than criminals; without legal representation; defending treatments that can be up to five years old; having to cancel or re-appoint patients on short notice; needing to gather all of the information needed to justify their treatments – as a warning to other practitioners – all at the discretion of the regulators.

But it’s not punishment.

And to what end?

For the sake of brevity, the next section focuses on NSW, as it is the system that I am most familiar with. (Bear in mind each state and territory has its own variations on the theme.)

The over-arching principle of the protective jurisdiction covering the complaint system is that public safety is paramount. The Healthcare Complaints Act 1993 No 105 was first enshrined in state law in 1993. Surely by now, there must be some evidence to show that the health and safety of the public have improved as a result of this legislation?

If the protection of the public is so important that practitioners’ basic human rights are compromised, you’d want to be sure that the system works and is in point of fact protecting the public.

But here’s the thing — a successful complaint system that improves the health and safety of the public would be doing itself out of a job.

In NSW, as in other jurisdictions, keeping the public safe is not the sole and exclusive role of the attending practitioner. There are many groups and organisations whose role is to protect the public and it is probably worth comparing the standards that practitioners are being held to versus the standards of other protectors.

Most notably is the NSW Government and more specifically the Minister for Health, Brad Hazzard. The minister owes a duty of care to the public. Notwithstanding the deficiencies laid bare by the pandemic – failure of the NSW Government to control the second wave of infections under the Delta strain – the main point is this: lives lost are now numbering in the thousands. 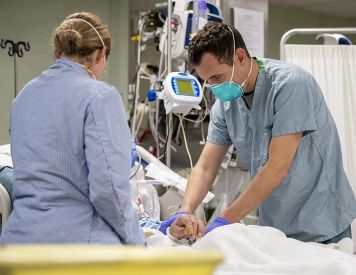 The coast is not clear in Australia: there might be more COVID-19 pain in the coming months, writes Dr Kyle Mervin.

You could argue that the actions of the honourable member for Wakehurst have been justified under the circumstances, but what that argument establishes is a principle that is not applied to the complaint system — that is, that in public policy, the greater good can sometimes come at the expense of the lesser good.

Regulatory actions can be equally as life-changing – and in many cases far more damaging to practitioners, their employees and their families than a criminal conviction — but they appear to attract no scrutiny from the powers that be.

I’m delving into personal experience, here, as a dentist who has been subjected to those regulatory actions at the hands of the Dental Council of NSW, the Health Professional Councils Authority and the HCCC, so I am quite comfortable making the following assertions. I have approached NSW Minister for Health Brad Hazzard on three occasions, through my local member, detailing my concerns.

In summary, the men and women we are now looking to for help during the most challenging circumstances outside of a world war that the country has ever faced, are afforded fewer rights than criminals under the laws that govern them.

When a health practitioner receives a complaint through one of the various bodies responsible for regulating the healthcare industry, a number of things happen. The first thing that happens is that you take offence — how offended you are is directly proportional to how much pride you take in your chosen profession.

If you are in it for the cash with scant regard for the wellbeing of your patients, you’d regard the complaint as an inconvenience: you fill in the paperwork; notify your indemnifier; you might seek assistance from your professional association and then you send off your response to the complaint authority and carry on as if the complaint is just water off a duck’s back.

It’s not cheap water mind you. Lawyers and insurers don’t come cheaply. But, it’s more like the cost of doing business to ethically-challenged practitioners.

If, however, your drive is for the wellbeing of your patients and you take pride in your work, then your response is one of hurt. You call your insurer and your professional association with what is best described as shame. You take a complaint as an attack on your competence or ethics and you take it personally because your professional identity is a part of you.

You scour your notes for things you may have done differently or better. Ideally, you would identify those things and improve yourself. Unfortunately, that is rarely the case. More often than not, it’s them and not you.

The reason I have made that comparison, is that the system for complaints – as it currently stands in Australia – impacts heavily on the good guys and the bad guys just brush it off.

To give you an idea of how badly it affects practitioners, each notification you receive about a complaint is accompanied by a referral to Lifeline. I dare say that referral was probably triggered by the suicide rate among practitioners under the scrutiny of the complaints bodies, although I doubt sincerely that the complaint authorities would report on that statistic.

It is probably noteworthy that suicide rates among dentists and doctors are significantly higher than those in the general population.

Dr Kyle Mervin is a married father of three, a dentist with a PhD in Neuroscience from the University of Sydney and has been in a relatively bad mood since 2001. 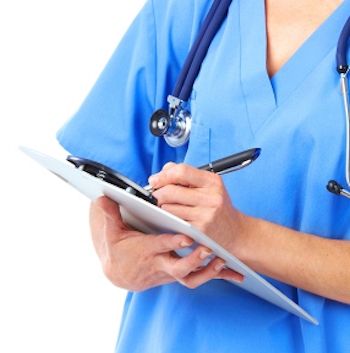 Senate inquiry into medical complaints process: Perceptions can be poison

The medical complaints process should scrutinise the regulatory system, not the place of graduate education or training.