Often praised as being the backbone of Australia, the citizens of rural and remote Australia are battling drought, bushfires, the outfall of COVID-19 and now, the economic uncertainty of Australia’s relationship with China. The accumulation of environmental and economic insecurity, along with the lack of health-care-related funding and infrastructure in rural Australia, is propelling a severe crisis of mental health.

Australians living in remote and rural Australia are exposed to a unique set of unpredictable environmental circumstances including droughts, bushfires and floods. The increasing frequency and intensity of these environmental hazards consequentially contribute to the growing financial uncertainty felt by many rural citizens, with 40% of inland country towns in NSW in economic decline.

The interlinkages between environmental unpredictability, economic insecurity and a rise of mental health problems were shown through a survey of farmers by the Australian Institute of Family Studies which found that ‘drought-declared area farmers’ were twice as likely to experience mental health problems as farmers in areas not suffering a drought.

For Aboriginal and Torres Strait Islander people that reside in rural Australia, the risk factors associated with remote living are perpetuated by intergenerational trauma and unaddressed socioeconomic deprivation. As a result, Aboriginal and Torres Strait Islander Peoples aged 12-24 years on average are three times as likely to be hospitalised with a mental health illness than non-Indigenous young people of the same age. 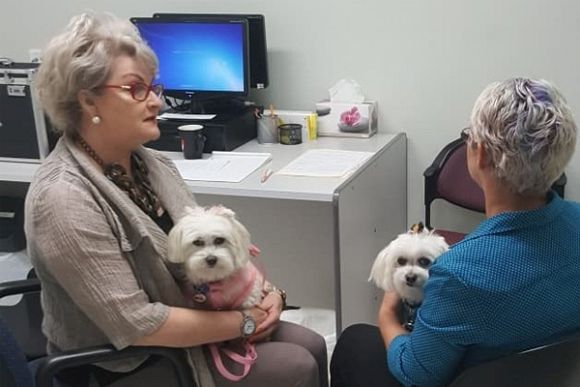 Due to lack of funding, counsellors in rural Queensland are being overworked and having resources stretched thin.

However, with many rural hospitals left without an onsite doctor, this exacerbates an already dire situation. Shortages of all health-related professionals and infrastructure have meant that often specialised or even general mental health services do not exist in many rural towns. In 2016, a ‘Survey of Health Care: selected finding for rural and remote Australians’ found that three in five people in remote areas said that not having an accessible specialist nearby prevented them seeing one at all.

Mental health-related services, where they do exist, predominantly rely on locum professionals that work on a varying, fly-in-fly-out basis. The irregularity of these services contributes to low community participation, voiding citizens of the stable and consistent support required to address mental health issues. In 2016-17, 81 in every 1,000 people in remote areas accessed Medicare-funded mental health services, compared to 495 per 1,000 people in major cities.

In 2018, a joint submission made up of nearly 140 individuals and organisations across Australia launched the Senate Inquiry Report on the ‘Accessibility and quality of mental health services in rural and remote Australia’. The report painted the current approach to mental health in rural communities to be a ‘patchwork of strategies, models and approaches’ with ‘few appear[ing] to be fully meeting the needs of the communities which they service’.

In response, the Government stated that it would ‘consider the potential for a rural and remote mental health strategy in collaboration with the National Mental Health Commission, and raise the issue with the Council of Australian Governments (COAG) health council’, however, such a strategy is yet to be confirmed.

Emma Goldrick is a Political Science Honours student at the University of Sydney.