Gee breaks bread with the IPA and the Abbott

Gee reports on the IPA's 70th birthday party and his own subsequent morning tea with Opposition Leader Tony Abbott. 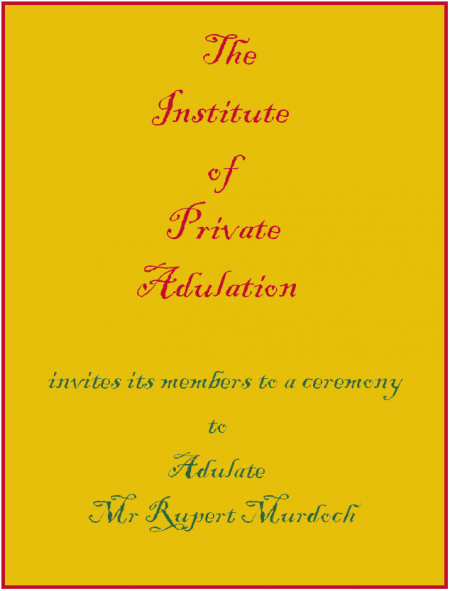 AN EXTRAORDINARY EVENT last week – largely overlooked by sycophantic media but covered by online journals such as IA and Crikey – reached its conclusion yesterday morning. The event, of course, was the IPA’s 70th birthday party and fundraiser at the National Gallery of Victoria. And the bizarre conclusion, dear friends, was the present writer’s morning tea with Mr Tony Abbott.

Crikey readers will recall their own anonymous mole reporting that one of the fundraising auctions, the Abbott morning tea, had been pulled at the last minute for undisclosed reasons. The truth of the matter was that all the previous auctions had gone remarkably well. A behind the scenes tour of The Bolt Report, for instance, was sold to a Mr Andrew Bolt for $25,000. So that when the Abbott auction stalled at the opening $5 bid, a cover up was in order. With so much security at the function – one hired gun per table – sealed lips were easily extorted. 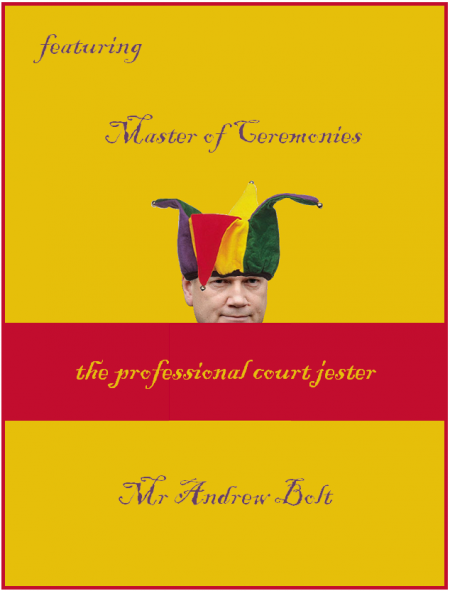 Of course, I lied through my teeth, dear friends. As the winning bidder, I could do no less. Nevertheless, I demanded my prize and despite the best efforts of the usual IPA suspects – and they can talk the leg off a dog, those blokes – I had my morning tea with Abbott.

Disappointingly, it took place in the Heidelberg Gardens Rotunda. Abbott’s minder, an unsmiling operative, brought the tea along in a thermos flask and served us in plastic mugs. His boss was in a bad mood and when I said good morning he stared at me fixedly for a good five minutes.

He never said a word.

He did, however, grudgingly show me several photos purporting to be of the party night, which I can reproduce here with Mr Abbott’s permission. 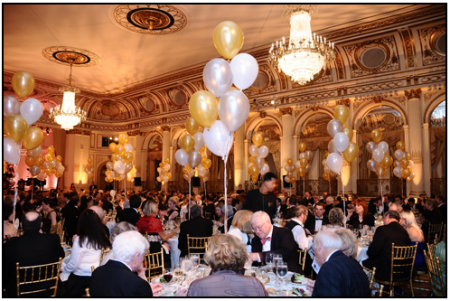 This is a simulation of what we looked like eating dinner. Note all the old men with white hair. This was how I got in! Unfortunately I also had to pay $495 for a really cheap seat at the back of the room. You can’t see me from this angle, but I was definitely there. 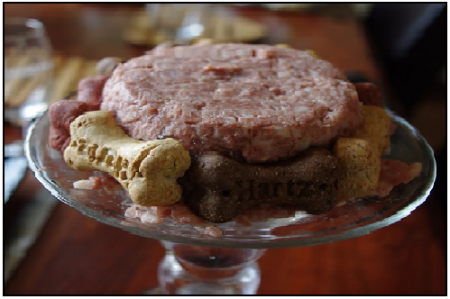 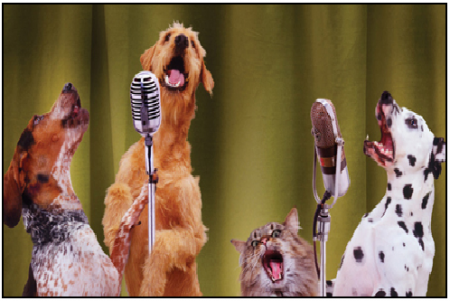 This is the IPA Chorus (with one Stray Cat). John Roskam was the standout here and I was so moved by their version of Jocko Homo I snivelled throughout the performance. You will all remember the lines, I’m sure:


Pinheads all
In business suit
IPA talking heads
All dance the poot. 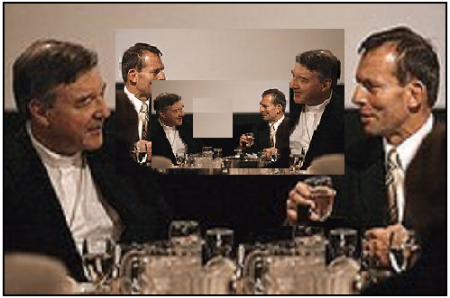 Curiously, Cardinal Pell returned to the devolution theme as he wished us God speed at the end of the night:


God made Man
But he used us monkeys to do it
Apes in the plan
We’re all here to prove it
…
OK, let’s go!

And so we all filed out of the Gallery, Gina and Rupert, Tony and the Cardinal, the IPA crowd, Andrew Bolt, and Coalition politicians as far as the eye could see along St Kilda Road. I was so confused by the imagery I set off in the wrong direction. Where had the monkeys come from? I thought we’d been celebrating dogs?

I tried to put this question to Mr Abbott, but he was having none of it, and so the morning tea concluded.