Is the government focus on categorising food choices actually setting our children up for eating disorders? Lidya Saliba reports.

FOODS ARE OFTEN separated into two categories: "healthy" and "unhealthy", or "good" and "bad".

The idea that something has either a positive or negative effect on your body is ingrained in individuals through what is now known as a "diet culture".

Though many more diets and "healthy" alternatives are available, the obesity rates have increased.

In order to minimise the rise in obese and overweight children, the Australian Government has implemented a number of systems to target "bad" foods. From the Traffic Light System to the National Healthy School Canteen (NHSC), my own childhood primary school, King Park Primary in NSW, had integrated these systems into their canteen.

As someone who still battles with an eating disorder, this makes me question the impact that grouping foods into "good" and "bad" may have on children. What benefit can demonising certain foods have on children and their relationship with food in the long run?

Atkins, vegan, Paleo, gluten-free, sugar-free, Raw Till 4 — these are some of the many diets that have gained or re-established their popularity through the Western world's "diet culture". Diet culture is when attempting to lose weight, or changing your body, through diet and exercise is considered to be the norm; you are applauded for your efforts and praised for your results.

But the diet culture creates its own problems.

Weight loss infomercials, wellness cookbooks, low-calorie alternatives and the "Get your summer body: join now" gym ads are constantly feeding (pun intended) into the message that no, we are not happy — not yet anyway.

Because when happiness is right around the corner, why would we stop running to get there? When in doubt, sweat it out!

When in doubt, sweat it out! 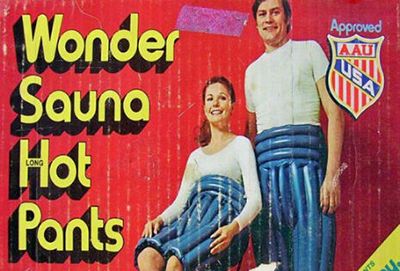 Are we chasing immortality? The more supplements we buy, the less saturated fats we eat, the more steps our Fitbit tells us we have taken, the longer we live, right? Well, that is what you would hope for. We might live a little longer — that does not mean we will live forever or even live better.

“People willingly, happily, hand over their freedom in exchange for the bondage of a diet that forbids their most cherished foods, all for the promise of relief from choice.”

Yet, we still keep getting bigger!

Ironically, despite how much we see on social media and news sites about health, fitness and wellness, acai bowls and superfoods, there is still an increasing number of obese and overweight individuals, including children.

'The proportion of overweight Australian children has doubled since the 1980s.'

As a result of these statistics, the NSW Government, as well as other State governments, implemented a plan to assist schools and parents. Though I applaud their efforts, I believe they still fall short.

Take the "traffic light system", for example, which uses green, amber and red to sort suitability of food. Green meaning it is okay to go ahead, amber is to choose carefully or slow down and red to limit or stop. The system attempts to inform and educate parents and their children on what is appropriate to consume on a daily basis as opposed to what should only be consumed in moderation. Although this has its benefits, it can just as easily set kids up for eating disorders.

And while I understand it is more complex than this, it is important to remember that it is children who are being taught these behaviours. Children do not think about these things in a complex way — nor should they have to.

Teaching children to categorise foods, separate them and add labels such as "green and red", "okay" and "not okay", "healthy and unhealthy" can send them down the rabbit hole. "Green and red" becomes synonymous with "good and bad".

Take it from someone who has struggled with an eating disorder for over three years, someone who has put their food into "good" and "bad" groups and, as a result, of eating a "bad" food has felt like a "bad" person. 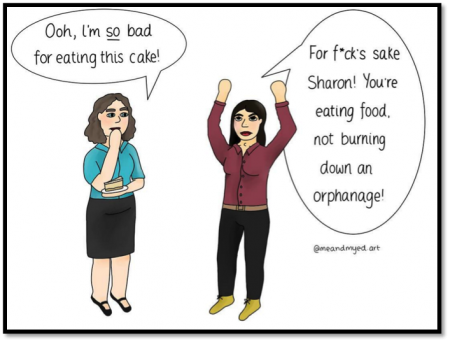 These are the same behaviours that will follow them around for the rest of their lives — because is that not the point of this government-implemented the system? To teach kids habits they will adopt into their adulthood?

Living about 30 seconds from my childhood primary school, once in a while I like to visit their website and see what is happening and what changes have been made.

Having once had the "traffic light system", King Park has now introduced the "Healthy School Canteens" system. Rather than the three colour grouping, they have cut it down to two — every day and occasional. These changes include removing "unhealthy" foods and replacing them with alternatives. But this approach is not just applicable to my primary school — all public schools in NSW will undergo these adjustments over a three-year period.

Unless a food makes the "3.5 mark" on the nationally implemented Health Star Rating System … say goodbye. Ice cream, potatoes, sweets, certain meat products, slushies — essentially all of the fun stuff will be banned from school canteens.

My favourite thing about primary school were the mini meat pies. You could get one of those handsome devils for 50c each. But knowing that children will not have little things like that grinds my gears because pies are an "occasional" food along with other fun stuff.

As dramatic as it sounds, it is almost like someone is pointing back to my childhood and saying "No, that was wrong". But my childhood years were probably the time my relationship with food was its healthiest. I never worried about "good" or "bad"; I could just eat. Now, at 22, I can barely get through a cheese sandwich on wholemeal.

We set children up for this diet-obsessed culture of demonising foods and feeling guilty when we eat something "bad".

Lidya Saliba studies communications at the University of Western Sydney.