As the world celebrates Easter, it is important to consider the role of organised religion and its impact, says Iurgi Urrutia.

Pope Francis – or the Bishop of Rome, as he likes to be called – is a Jesuit. Not only did I grow up in a deeply Catholic country, but in the land of the Jesuits. Ignatius of Loyola, the founder of the Jesuit order, was Basque, he is the patron saint of my province, Gipuzkoa, and the Jesuit order is still very strong in the Basque Country.

From what I recall about Ignatius of Loyola, he was an aristocrat who loved military discipline and was pretty keen on being famous — in other words, he wanted to be a celebrity. He became a soldier and killed plenty of people. His religious conversion was brought upon by a serious wound after being hit by a cannonball. Not being able to be a soldier anymore, he decided to become a soldier of God and the Pope instead. He formed the Society of Jesus and Ignatius became the Father General of the order.

Whilst the Jesuit order has done a lot of great work in the field of education and has always demonstrated a commitment to social justice, two traits of the order have always concerned me: their emphasis on ‘evangelisation' and their militaristic language and values of blind obedience. If people think Pope Francis will be progressive, they should think again. There’s a lot of conservatism behind the social façade of the Jesuit order.

The Catholic Church is enjoying a honeymoon period now. There’s a new Pope at the Vatican — one who, instead of distant theological 'mumbo-jumbo', at the very least, seems to care for the poor and disadvantaged. The level of excitement is high and a return to humility and the poor is definitely necessary if the Catholic Church wants to survive; after all, the absolute majority of the 1.2 billion followers are from poor countries! But the questions remain: how long will it last and will we see any real, meaningful, reform at the Vatican?

Christianity, or Catholicism, in themselves are not a problem. Sure, there are parts of the Bible that are abhorrent, such as “blessed shall he be who takes your little ones and dashes them against the rock!” (Psalm 137:9, English Standard Version). But the real problem is institutionalised religion, which leads to dogma. Dogma assumes everyone else is wrong and consequently demands blind submission. The church’s unwavering dogma on same sex relationships, the use of condoms, abortion, and celibacy (just to name a few) hurt and kill people every day.

I often hear that we should not question their religion. It’s their faith, they tell me. But that faith is put above the wellbeing and life of human beings, then to me that is unacceptable. To religious people, I often recommend reading a book written secretly by a French priest called Jean Meslier and only discovered after he died. The book was published in 1732, it could be considered the first book and critique of Catholicism, Christianity and religion. He entitled it simply Common Sense and it contains thought provoking chapters such as:

In the spirit of Meslier and in celebration of Easter, let’s have a quick look at some of the Ten Commandments in relation to how the Catholic Church has acted in the good name of God and Jesus Christ throughout history:

Thou shalt not kill

This sin was simply irrelevant for the Catholic Church for a very long time. Their penchant for killing heretics, blasphemers, scientists, people of other religions and anyone they simply didn’t like, or they felt threatened by, is well documented. Some may say: that happened long ago — but we should not forget the actions of the past and the fact the Catholic Church has never paid for those crimes.

Now, the church still kills, but in more subtle ways. For example, its ongoing condemnation about the use of condoms, even in the poorest parts of the world, where it could stop the spread of HIV/AIDS, obviously kills many.

Thou shalt not steal

A visit to various churches and cathedrals says more than a thousand words. The Catholic Church has always been an expert at profiting from suffering and destruction. The pillage of America and the rivers of gold that flowed to Europe and the Vatican is one example.

The way the Catholic Church in Spain has started to take ownership of the churches built by the community with public money and labour, often in collusion with politicians and councils by illegal means, is another. The property titles were owned by the council, because they were built by the community, so therefore giving the Catholic Church the titles, without scrutiny or public discussion, is transferring a public common good to private hands, which is simply illegal.

Thou shalt not bear false witness against thy neighbour

This is an incredibly common practice by the ecclesiastic hordes. They consistently fabricated all sorts of accusations and tortured people to extract false confessions, so they could then burn them at the stake. Now, they continue giving false testimony and lying when it comes to protecting their paedophile colleagues.

Having said that, it’s ironic that they accuse atheists of immorality, which is clearly nonsensical as very often atheist humanists live more by the Christian values than Christians  themselves; something that was pointed out to me by Father Bob Maguire long ago.

Thou shalt not covet

They’ve always liked and desired riches. Forcing people to give money to avoid being burned at the stake or to buy salvation.

In some places in Spain, even as recently as last year, some churches published a public list of people in the village who hadn’t donated money to the local church.

Considering the previous points, I think it’s very obvious that they do use the name of their god in vain, using it for their own purposes. 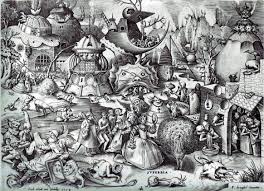 Having looked at some of the Ten Commandments, let’s turn now to the Seven Deadly Sins. It’s easy to argue that throughout history the Catholic Church has been particularly adept at committing the capital sins of their own religion and is still committing a few of them on a regular basis.

One of the capital sins is pride, which is considered to be the most serious of all sins, and I would argue blinds the Catholic Church beyond any redemption. According to them, their God is above everything else, even human life and joy; after all, according to the Catholic doctrine, we must ‘suffer’ in this world in order to gain entry to ‘heaven’. They are always right, and because their job is our ‘salvation’ or ‘redemption’ they’ll make sure to drown us in guilt and submission.

The thousands and thousands of child sexual abuse cases are unquestionable evidence of lust and sexual depravity.

The immense wealth the Catholic Church has amassed throughout history, the gold, pomp and ostentatiousness of their churches and cathedrals whilst the poor continue to die in staggering numbers is a prime example of their gluttony and greed.

The way they have ‘evangelised’ throughout history, the holy wars and inquisitions. And now, the way they attack the GLBTI community; need I say any more about their wrath?

How a religion which should be a way of transferring good values between generations and building a loving community has been able to survive for centuries through robbery, greed, and violence, is beyond me. The Catholic Church is built on fear, guilt, dogma and submission. It is no wonder to me that seeing the Church’s relationship with dictators, they have lost a great number of believers all over Europe.

Spanish filmmaker and surrealist Luis Buñuel famously said, “I’m still an atheist, thank God.” Perhaps, paraphrasing Buñuel unconsciously, Ricky Gervais asked himself in an interview, “Why did God make me an atheist?” Which he followed with a quick answer: “That was his first mistake.”

To me, the question of whether there is a God simply doesn’t matter at all. We will never know, in this world, if there is one or not, so why lose sleep over it? Having said that, I have no problem whatsoever with people believing whatever they want.

If someone wants to believe there’s a God who drowned the whole world, apart from a few chosen ones, because he wasn’t happy with how things were going; who asked Abraham to kill and sacrifice his own son, just to see if he was devout enough; who sent the angels to destroy and kill everyone in Sodom and Gomorrah, save a few, because he wasn’t happy with them; or sent pest after pest (some could argue this was a biological war) to Egypt to teach them a lesson; and even asked his own son to die at the cross...

Well... I’m kind of speechless about the kind of god or role model that is.

Having said that, if you want to believe in that god and that is your religion, fine, I don’t have a problem.

The problem is not religious belief, as such, but what people do with that belief. If it affects other people, if it hinders the freedom and well being of other humans in any way, that should be unacceptable. Add to that the way people have taken religious beliefs throughout history, distorted them and used them for their own purposes. And considering that religions are not made of reasoned and tested ideas, but faith, what you end up having is something that leads people into dogma on one side and blind submission on the other.

The best (or worst, depending how you look at it) example of this is the Catholic Church, which is unquestionably the single biggest institution of evil in the world considering the suffering, damage and number of people killed/tortured throughout history in its name or with its blessing. In other words, what human beings have done wielding the power of that faith. Unfortunately, it is not the only one. All religions face the same problem.

God may be a fictitious character (or not) but the crimes committed are real. The Catholic Church plunged Europe into what is rightly called the Dark Ages. With wisdom and knowledge suppressed by the church, the people of Europe regressed in every facet, art, technology, science, philosophy, etc. This meant, hardship, suffering, illness and death.

Will there be any meaningful reform at the Vatican? As a humanist, I hope so, because the wellbeing and lives of many depend on it.

(The views expressed in this article are those of the author alone and may not necessarily reflect those of this publication.)