Black Swan Lake is dying before our eyes

The authorities aren't doing enough to save the wildlife found at Black Swan Lake.

Hopalong George is a disabled water bird who lives at Black Swan Lake. He’s a sweet creature capturing the hearts of many, including stable girls nearby who often feed him.

George has struggled along for the last four years with his dodgy leg, surviving against all odds. Somehow, he’s managed to build nests for his mate, even managing to survive the initial attempt in February to fill the Lake.

Now he’s really struggling to cope with the mud and the rapidly disappearing wetland which is his home. His fate is too sad to contemplate. Unless someone is allowed to the drowning lake to try and rescue this brave bird who typifies the slaughter, the writing is on the wall.

The situation at Black Swan Lake is the most heartbreaking testimony to the complete failure of the Gold Coast City Council (GCCC) and Queensland Government to protect wildlife.

If the mainstream media featured what’s happening on their front pages and as a lead story on TV, Australians would be shocked to see the deliberate and cruel slaughter of wildlife in this country. Given the outrage on social media, the word is spreading nationally and internationally.

On Monday, a big crowd of demonstrators arrived at the lake at around 7.00am, chaining themselves to the construction fences to stop the double bogey trucks from entering the area to dump more of their dirty fill.

Some demonstrators were arrested and after a two-hour standoff, police cleared the protest. No less than 10 huge unmarked trucks rolled in, dumping their massive load into the lake. One of the truck drivers attempted to assault a volunteer, screaming abuse as she filmed the vehicles. 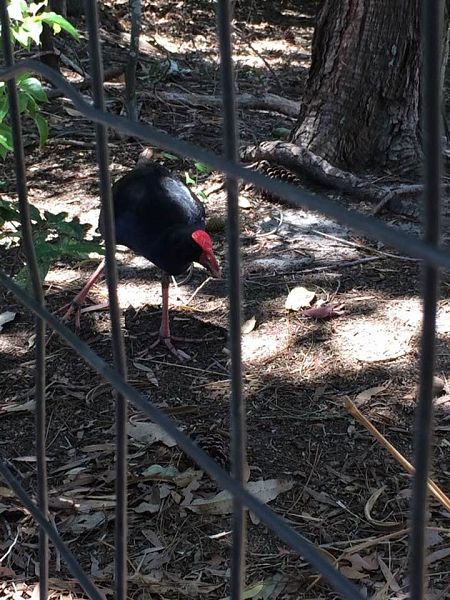 It doesn’t take much effort to imagine the suffering of native fish, eels, turtles and other freshwater aquatic creatures as tonnes of dirt rain down, smothering and suffocating their life force.

As the relentless juggernaut of death rolls on down the access road, the pile of breaches of conditions of approval grows exponentially. But no authority is prepared to act.

Volunteers from community groups are growing desperate as they see through the fencing erected around the entire lake the plight of ducks, ducklings, moorhens, swans, hatchlings and other bird species who are unable to escape.

Increasingly volunteers are seeing birds with damaged wings and feet, eels coming to the surface struggling to breathe as the dirt continues to drown every living thing.

Many phone calls have been made to various authorities.

Today’s effort, for example, involved an early morning call to the Minister for the Environment's office as its very clear her Department of Environment and Science (DES) can take significant steps to stop the dreadful cruelty being visited on the lake’s wildlife.

Under the 'low-risk species management program' permit obtained by the GCCC and administered by the DES, relevant for areas which are breeding places for young or eggs for wildlife of least concern, the designated action is:

Where approved tampering with a known breeding place of a protected animal would also take another species of protected animal, the approved entity is required to obtain a damage mitigation permit under the Act prior to the take occurring.'

Protesters are at Black Swan Lake to try and stop trucks from filling in this beautiful area with dirt. This area is loved by Gold Coast families and should remain there for them to enjoy. Find out how you can help here: https://t.co/cjYoVPrzI0 pic.twitter.com/Ciu2c6I7Yq

There are in fact 64 species of birds, including migratory birds using the lake as a resting place plus many aquatic faunae which would indicate the necessity of a damage mitigation permit. However, no damage mitigation permit is visible on Gold Coast City Council’s planning website or in the documents supporting Council approval.

DES can revoke the permit, although it’s a lengthy process.

Queensland also has a Code of Practice for the care of sick, injured or orphaned protected animals in Queensland.

1.3.4  the responsibility of DES to protect and conserve the environment, ecosystems and wildlife

2.7.1  DES is responsible for administration of this code.

2.7.2  this code does not exempt a person or other entity from compliance with any Act, regulation or other statutory instrument.

Standards A sick or injured animal must receive a standard of care appropriate for its injuries or illness as soon as possible.

However, as usual when dealing with any animal welfare, environmental issues involving the Queensland Government, there’s no phone number given for the appropriate section of DES — only an email address: wildlife.operations@des.qld.gov.au.

In other words, the likelihood of getting any action out of the DES under either the Species Management Permit or the Code of Practice is remote.

Okay, let’s try Wildcare Queensland as they've had a volunteer on site regularly attempting to try and help distressed creatures and birds seen with injured wings and feet.

However, she is not allowed on site.

Once an area has been given development approval, it is designated as a construction site and any visitor must obtain permission from the developer to access the site. Access for Wildcare has been consistently refused and if the volunteer attempted to go on site, she would be charged with trespass.

A quick call to Currumbin Wildlife Hospital to see if they had any capacity to rescue distressed or injured animals at the lake indicated that the only Queensland organization that could enter the site would be the RSPCA.

But the RSPCA won’t go to any site unless there’s witnessed evidence preferably on video or camera of an actual deliberate injury of an animal. Nor can the organization issue stop work orders.

The RSPCA could call for more spotters (as there’s only one for the entire 2.75 ha lake). There’s no information on site or in Council documents advising the phone number, or contact details of the company engaged to provide a spotter.

Community volunteers are unable to access the spotter on site as they’re not allowed to enter and will be charged with trespass if they attempt to enter to get the spotter’s attention.

The RSPCA could request that Council and the developer (Aquis Turf Club) allow Wildcare to go on site and retrieve distressed and injured animals. It would also be helpful if the RSPCA put its own complaint to the DES. But so far, there’s no willingness to take this action.

Next cab off the rank is the Council. Maybe more spotters can be arranged. A number of phone calls to Council’s Supervisor Environmental Assessment who approved the Fauna Management Plan resulted in no response; in spite of messages left and assurances he would call back.

His refusal or inability to respond, given that his delegated approval of conditions of the Fauna Management Plan includes a provision for staged filling to give wildlife time to escape and re-adjust to the drowning of the lake, is concerning. It is more evidence of the complete refusal of GCCC to undertake the required compliance.

The sun setting over Black Swan Lake...
Welcome to the Gold Coast, where conservation is a dirty word. 😢 pic.twitter.com/trkYPPSdo2

As well, the conditions state:

'All mitigation actions will be undertaken prior to and during each filling stage and then repeated for each subsequent stage.'

However, there is no “stage” as the increase in trucks dumping fill into the lake is being undertaken at such an alarming rate. Aquatic creatures have no chance of survival.

Under the Council conditions: A DES approved spotter catcher must 'ensure wildlife is suitably cared for during clearing work and at any time where damage to vegetation is possible'.

Apparently injured birds and distressed turtles must be a blind spot in the spotter’s vision.

And finally, under the conditions of approval, the identification of specific locations that wildlife will be relocated to. In particular, the location of aquatic habitat that offers comparable biotic and abiotic conditions to those within the subject waterbody.

The designated canal which the Council has identified as a suitable relocation area is brackish and salty, completely unsuitable for freshwater species.

The scenario unfolding at Black Swan Lake must serve as a warning for all environmentally-concerned Australians. In its ugly reality, the truth has spewed from a veritable sewer of greed, potential corruption and a contemptible lack of humanity, compassion and respect for non-human life.

Concerns not misplaced. The wildlife were not removed prior to Black Swan Lake being filled for a carpark to the race course. Its cronyism Tom Tate and Annastacia style @AnnastaciaMP @MayorTomTate @cityofgoldcoast pic.twitter.com/BEucLOAkWe