In a move that environmental groups celebrated as a “historic victory” following years of campaigning to remove Roundup and similar weedkillers from store shelves, Bayer on Thursday announced that it will halt the sale of glyphosate-based herbicides to consumers in the U.S. lawn and garden market by 2023.

Andrew Kimbrell, executive director of the Centre for Food Safety (CFS), said in a statement:

“Bayer's decision to end U.S. residential sale of Roundup is a historic victory for public health and the environment.

As agricultural, large-scale use of this toxic pesticide continues, our farmworkers remain at risk. It's time for EPA to act and ban glyphosate for all uses.”

While calling the announcement ‘an important victory to protect the health of Americans,’ Kendra Klein, senior scientist at Friends of the Earth, stressed that:

‘...action on this toxic weedkiller can't wait until 2023. Major home and garden retailers like Home Depot and Lowe's must lead the industry by ending the sales of Roundup immediately.’

The key ingredient found in Roundup, the world's most widely used herbicide, is glyphosate. Described by the World Health Organisation as ‘probably carcinogenic’, glyphosate poses threats to human health and to pollinators such as bumblebees and monarch butterflies. 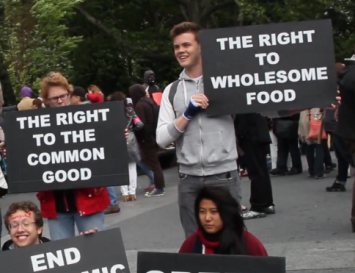 Bayer stated that it will switch Roundup and other glyphosate-based weedkillers to formulas that ‘rely on alternative active ingredients’ in order to ‘manage litigation risk and not because of any safety concerns’.

Thursday's decision came in response to several legal battles that Bayer, a German pharmaceutical and biotech corporation, inherited when it acquired Monsanto, a U.S. agrochemical giant and creator of Roundup, in 2018.

In one case, the company agreed to pay $10.9 billion to about 125,000 people who alleged the use of Roundup was to blame for their cancer diagnoses.

The Roundup litigation settlement was preceded by three high-profile lawsuits in which juries sided with plaintiffs suffering from non-Hodgkin lymphoma “in finding that their exposure to glyphosate contributed to their cancers,” CFS explained. “Plaintiffs Edwin Hardeman, DeWayne Johnson, and Alberta and Alva Pilliod were each awarded between $25 to $87 million [AU$33.9–118.1 million].”

Two months ago, the U.S. Court of Appeals for the 9th Circuit in San Francisco affirmed a lower court ruling in Hardeman v Monsanto, which found that Monsanto had failed to disclose the dangers glyphosate poses to human health and must be held accountable for the cancer suffered by users of Roundup.

By upholding the previous judgment against Monsanto, Kimbrell said at the time, the court:

“...unanimously rejected Bayer's argument that Mr Hardeman and thousands of others harmed by their products are prohibited by federal law from suing to redress their injuries.” 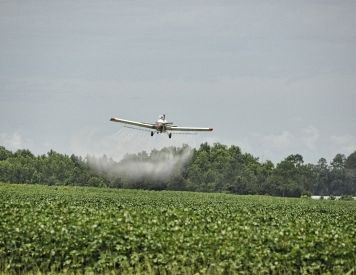 Pesticide companies marketing themselves as a solution to climate change

'Like a pandemic, climate change is an inevitable threat that we must address before it is too late,' reads a June 2020 statement.

In a separate settlement last year, Bayer agreed to pay $400 million (AU$543.7 million) to thousands of farmers whose crops had been damaged as a result of the widespread drift of Monsanto's dicamba herbicide. That agreement was preceded by two lawsuits that, according to CFS, ‘likely provided impetus for Bayer to settle’.

In California, jury trials over Monsanto's Roundup and dicamba products continue to be held.

Meanwhile, CFS is also currently representing a coalition of farmworkers and environmentalists in a lawsuit that seeks to reverse the Environmental Protection Agency's approval of glyphosate, which was reviewed and registered in January 2020 by Trump Administration officials.

While President Joe Biden's EPA admitted in May that the Trump-era assessment of glyphosate was flawed and requires a do-over, the agency failed to provide a deadline for a new decision and argued that Roundup should remain on U.S. shelves in the meantime.

Given that Bayer's decision to stop selling glyphosate-based herbicides by 2023 only applies to consumers in the U.S. lawn and garden market, Klein emphasised that “the battle against this toxic chemical is far from over”.

“Massive amounts of glyphosate will continue to be sprayed in parks, schools, and on food crops. Retailers and regulators must act now to ban this cancer-linked weedkiller.”

This article by Kenny Stancil was originally published on Common Dreams, under the title, ''Historic Victory': Bayer to End U.S. Residential Sales of Glyphosate-Based Herbicides' and has been republished under a Creative Commons licence.