A new scare campaign demonstrates that Australian drug laws are archaic and don't have the public's best interests at heart, writes David McIlveen.

IT’S 2021 and Australians are being subject to another daft police scare campaign on “drugs”. I won’t republish any of the Australian Federal Police’s masterpiece ads here (released to coincide with Halloween) but to give you an idea, one ad, after depicting a victim of meth addiction, exhorts her (and presumably anyone inclined to follow her example and ruin their lives with meth) to “have a conscience”.

It’s about as tactful and meaningful as warning an underpaid seasonal farmworker that “absconding” – like some runaway slave – may “bring shame to your family’s reputation” and about as suited to the 21st Century.

Like the Government’s energy policies (and the Olde Liberal Party in general), this stuff belongs to the dark ages. By that, I mean the 1980s and ’90s when beacons of morality like Bill Clinton were still telling the world that “drugs are bad” while notoriously rejecting a U.S. Sentencing Commission recommendation eliminating the disparity between crack and powder cocaine sentences. This arbitrarily consigned many thousands of disadvantaged Americans to gaol while Clinton famously claimed he “didn’t inhale” when trying cannabis as a college student, making him both pure and logically consistent, I guess. 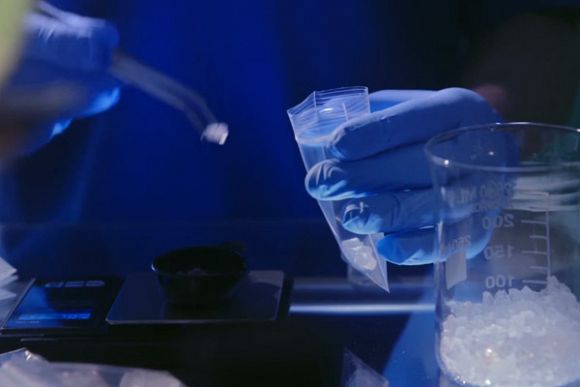 Suffice to say, anyone with any concern for people suffering from addiction and drug harm – invariably symptoms of underlying emotional and psychological suffering, often in combination with difficult economic, social or living circumstances – dies a little inside each time these scare campaigns are rolled out.

The ads, of course, don’t provide any insight in relation to addressing drug harm, but then I gather they weren’t written by a drug or health policy specialist. There is no mention in the ads of the social and economic ills that underly drug addiction and addictive drug-seeking behaviour, and no mention of the obvious connection between our failed drug laws and the consequent funnelling of money to black markets, which continue to thrive.

Meanwhile, in contrast (and contradiction), thousands of Australians are still needlessly dying from one of the most harmful and certainly the most pervasive psychoactive drug: alcohol (ethanol). Post-pandemic, it’s easier to get access to this drug than ever before. In Queensland, for example, the COVID-19 Emergency Response — Permanency Amendment Bill 2021 intends to make temporary COVID-19 measures permanent, such as changes to the Queensland Liquor Act allowing cafes and restaurants to sell takeaway alcohol, including via online sales and delivery. 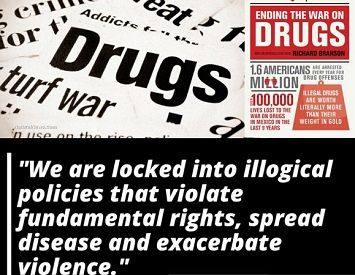 Drug policy kills: Are we any closer to ending global addiction to prohibition?

The illegal drug market is the purest, most deadly form of capitalism — prioritising profit above all else.

‘This trial is the first ever to test psilocybin for a primary anxiety disorder, the largest psychedelic study in Australia and the first research project ever approved to provide psilocybin with support as part of therapist training.’

If you follow psychedelics research, this is some big news, especially for Australia which is simultaneously running the aforementioned drug-scare campaign like some masterfully ironic ’90s-themed hipster whom you can’t quite decide to take seriously or not.

It’s almost as if drugs aren’t bad and instead need to be regulated with pragmatic and evidence-based policies that put the wellbeing and liberty of Australians first, and the perpetuation of a stupid and patently wrong dogma that serves no one (save maybe the vested interests of the major parties and the Australian Hotels Association, for instance) last.

The truth is, of course, our drug laws are bad and more than redundant, they are actively harmful and expensive. Judge by the rates of incarceration, court time, public and policing resources thrown into the bottomless sinkhole that is drug criminalisation. Fortunately, most people nowadays can recognise this.

Our drug laws aren’t grounded in science or reason; they’re a relic of the 1970s and the counter-counterculture of the “neoliberal” (hint: not liberal) interests of the latter part of the 20th Century. As someone who believes in the triumph of reason and science over dogma, I find our drug laws – and the untruths they protect – especially galling.

Science, reason and “the greatest good” (the public interest) should be at the heart of our drug laws. They currently aren’t.

David McIlveen studied science and environmental engineering at the University of Queensland and now works as an environmental consultant in Brisbane.