England might fancy winning the second Ashes Test, but the recent nine-wicket thrashing by in-form captain Pat Cummins and his men suggests Australia will be hard to beat again, writes Ronny Lerner.

IT'S A LONG way back for England after suffering a crushing nine-wicket defeat to Australia in the first Ashes Test at the Gabba last week.

And given the hosts are the holders of the little urn, it’s going to take a monumental effort from here for the visitors to win at least two tests in order to win the five-match series and retake cricket’s most famous trophy.

From the moment Mitchell Starc cannoned into Rory Burns’ leg stump with the very first ball of the series, the writing was on the wall for the tourists in Brisbane and it proved to be a blow that they would not recover from.

The English opening pair are already looking shaky, with Burns and Haseeb Hameed’s partnerships averaging just 11.50 at the Gabba, the duo combining for a paltry 65 runs across both innings. 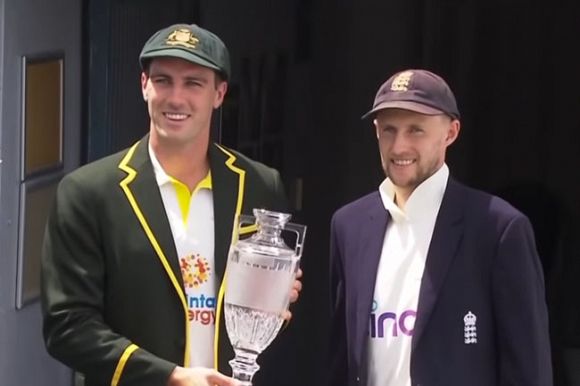 The biggest and oldest rivalry in world cricket resumes on Wednesday when Australia and England do battle in the first Ashes Test of the summer at the Gabba.

Burns has looked particularly vulnerable of the two, so much so that the visitors opted for Hameed to take the first ball in the second innings in Brisbane.

England also sorely missed star veteran pace-bowling duo James Anderson and Stuart Broad at the Gabba, and they will almost certainly be rushed back for the second test which has already become a must-win clash — lose the day-nighter at the Adelaide Oval starting Thursday and the tourists can already kiss the series goodbye.

There’s no way they would go on to win the final three tests – which is what they would need to do in order to take the little urn back to England – if they fell 2-0 behind.

The decision to leave both Anderson and Broad out of the Gabba test left many cricket lovers around the world scratching their heads, but bringing them back in the side with the pink ball under lights in Adelaide is a no-brainer given those conditions are tailor-made for the experienced quicks, and probably gives the English their best chance of a win on their tour Down Under.

But the visitors aren’t the only ones contemplating changes to their first test side, with Australia ruling out star paceman Josh Hazlewood (side strain) and monitoring the fitness of opening batsman David Warner who suffered a rib injury after being hit by a Ben Stokes short ball, and opting not to field or bat in the second innings as a result.

Hazlewood’s omission swings the door wide open for Jhye Richardson to play his first test in almost three years, in what would be just the third test of his career. And while Richardson is the frontrunner, Michael Neser can’t be discounted either after taking match figures of 7-65 against the England Lions last week, including 5-29 in the first innings.

It would be surprising if Warner failed to take his place in the team for the second test after making an entertaining 94 at the Gabba, but Usman Khawaja is waiting in the wings if need be.

Warner’s opening partner Marcus Harris continues to struggle, with scores of three and nine not out in Brisbane ensuring his test average is a measly 23.15 from 21 knocks in 11 tests. It has ramped up the pressure on the already under-fire batsman and if he has another underwhelming match in Adelaide, Khawaja could be opening the batting with Warner in the Boxing Day test at the MCG. 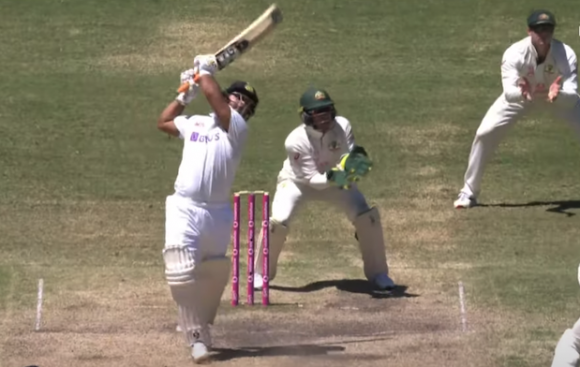 After India produced one of the gutsiest test match cricket performances on Australian soil on Monday, all eyes turn to Brisbane on Friday for the decisive final test.

That seems to be Khawaja’s only way back into the team now after Travis Head answered the critics resoundingly at No.5 in the first test with a scintillating 152 at more than a run a ball. It was a performance that saw him earn man-of-the-match honours.

England might fancy its chances in the "City of Churches", but with Pat Cummins taking to the Australian captaincy like a duck to water with a five-wicket haul in his first innings in the role and leading a bowling attack with its collective tails up, the Aussies will again be hard to beat.

The wickets started flowing again for Nathan Lyon after he captured his 400th career test wicket; Starc showed some welcome glimpses of the form that made him so good for so long at international level and Cam Green is finally getting amongst the wickets, snaring England captain Joe Root’s prized scalp no less.

Warner and Marnus Labuschagne are in great touch; Alex Carey made a dream start to life as Australian test wicketkeeper, taking a record eight catches on debut, and concerningly for the tourists, the great Steve Smith is yet to hit his straps.

Outside of the second-innings partnership between Root and Dawid Malan, which fleetingly created the illusion that the first test could become a contest on the fourth day, there was very little to write home about for England.

The inclusions of Anderson and Broad will definitely help, but they desperately need stability at the top of the order and certainly need a lot more out of their match-winner Stokes, who only made 19 runs and failed to take a wicket in Brisbane.

7 December 2021, 11:00am The biggest and oldest rivalry in world cricket resumes on Wednesday when Australia ...
Join the conversation
comments powered by Disqus
News updates