Why did a British judge reject the Trump Administration's attempt to extradite Julian Assange, despite accepting "virtually all of the allegations" the U.S. Government levelled against the WikiLeaks founder?

The answer lies not in the dire threat extradition would pose to press freedoms across the globe, but in the dangerous abomination that is the U.S. prison system.

In her 132-page ruling issued on Monday (4 January), Judge Vanessa Baraitser of the Westminster Magistrates' Court described the conditions Assange would face in the U.S. as "harsh" even compared to London's notorious maximum-security Belmarsh gaol, where the publisher has been held since April of 2019.

...This is about something much bigger than Assange: it's about journalism, the free press, and...  the ability to expose atrocities committed by the world's last remaining superpower.

After dismissing arguments against extradition brought by Assange's legal team – including their warnings that the WikiLeaks founder would be denied a fair trial in the U.S. – Baraitser said she believes that if confined to a U.S. supermax prison,

Faced with the conditions of near total isolation without the protective factors which limited his risk at [Her Majesty's Prison] Belmarsh, I am satisfied the procedures described by the U.S. will not prevent Mr Assange from finding a way to commit suicide ... and for this reason I have decided extradition would be oppressive by reason of mental harm and I order his discharge.

As Shadow Proof managing editor Kevin Gosztola – who has been covering the extradition case from its inception – put it,

Lawyers for the U.S. Government, which in 2019 charged Assange with 17 counts of violating the Espionage Act, said they will appeal Baraitser's decision as Assange's attorneys fight for his release on bail. If extradited to the U.S., Assange –whose health has declined precipitously in recent months due to conditions that physicians have condemned as torture –would face up to 175 years in a maximum-security prison. 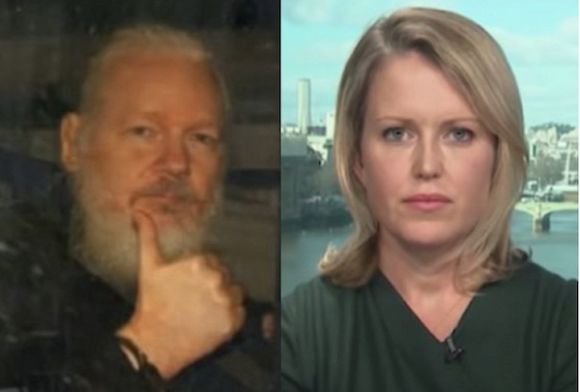 The aggressive effort by U.S. authorities to extradite and punish Assange for publishing classified documents that exposed American war crimes in Iraq and Afghanistan has been decried as a major threat to press freedoms everywhere, given that journalists regularly obtain and report on secret materials.

While raising alarm over her dismissal of press freedom concerns, human rights groups organisations welcomed Baraitser's ruling against extradition as an important step in protecting Assange and other journalists around the world.

Trevor Timm, executive director of the Freedom of the Press Foundation, said in a statement:

'Today's ruling is a huge sigh of relief for anyone who cares about press freedom. While the judge's opinion contains many worrying assertions that disregard journalists' rights, her rejection of the Trump Administration's extradition request means the U.S. Government likely won't be able to obtain any precedent that would criminalise common newsgathering and publishing practices. And that is a very good thing.'

After joining others in applauding the judge's decision to reject the U.S. extradition request, Rebecca Vincent of Reporters Without Borders said she has

"...serious concerns about the substance of the judgment. We disagree with the judge's assessment that this case is not politically motivated, that it's not about free speech. We continue to believe that Mr Assange was targeted for his contributions to journalism and until the underlying issues here are addressed, other sources, journalists, and publishers remain at risk."

In a column for The Guardian on Monday, Owen Jones wrote that

'it is not to critique the soundness of Baraitser's legal judgment to argue that this was the right decision, but for the wrong reason.'

'That a British court has ruled that the U.S. prison system is too barbaric to guarantee the safety of Assange tells its own story,. But this is about something much bigger than Assange: it's about journalism, the free press, and most importantly of all, the ability to expose atrocities committed by the world's last remaining superpower.'

John Rees of the U.K.'s Don't Extradite Assange campaign said Monday that "it's an incredible judgement," noting that "95 per cent of this judge's remarks supported the prosecution."

"the beginning of the fight, not the end of the fight. But it's a terrific day. And if the bail application—which they're discussing inside the court right at this moment—goes through and Julian walks free, that will be a terrific watershed in this case."

"...the first step towards justice in this case. As long as Julian has to endure suffering and isolation as an unconvicted prisoner in Belmarsh Prison, and as long as our children continue to be bereft of their father's love and affection, we cannot celebrate. We will celebrate the day he comes home.

"We are pleased that the court has recognised the seriousness and inhumanity of what he has endured and what he faces. But let's not forget: the indictment in the U.S. has not been dropped. It continues to want to punish Julian, and make him disappear into the deepest, darkest hole of the U.S. prison system for the rest of his life. That can never happen. We will never accept that journalism is a crime in this country or any other."

We welcome the fact that Julian Assange will not be sent to the USA and that the court acknowledged that due to his health concerns, he would be at risk of ill-treatment in the U.S. prison system.

But the charges against him should never have been brought in the first place. The fact that the ruling is correct and saves Assange from extradition does not absolve the UK from having engaged in this politically-motivated process at the behest of the USA and putting media freedom and freedom of expression on trial. It has set a terrible precedent for which the U.S. is responsible and the UK Government is complicit.

'...decision to charge the WikiLeaks founder set a harmful legal precedent for the prosecution of journalists around the world simply for interacting with their sources.'

We urge the U.S. Department of Justice to refrain from further pursuing extradition through appeals and to drop all charges against Assange.'

This article by Jake Johnson was originally published on Common Dreams, under the title, 'Threat to Journalism Remains, Warn Critics, After Assange Extradition Rejected Solely Due to Brutal US Prison System' and has been republished under a Creative Commons licence.