A public confessions is not good enough, says Bob Ellis, Lance Armstrong should be gaoled for fraud — but should not have his titles rubbed out. 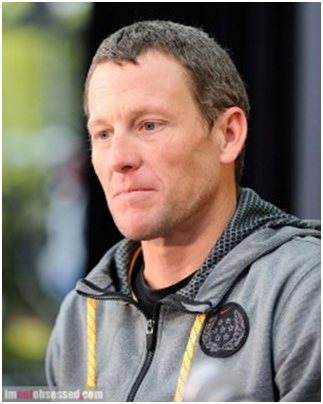 Just as Pravda would publish different photos of Stalin on the balcony with erased faces behind him replaced by new ones, we now erase Lance Armstrong from the Tour de France victories he was acclaimed for, not so long ago.

It’s a curious decision. It’s like saying Nixon, impeached in 1974, therefore did not win in 1968 and Humphrey did; or no-one did; or Bobby Kennedy, though dead, did, and entered the White House in a coffin in 1969. Or that Germany, ‘stabbed in the back’, won World War I after all.

This is not the way things used to be done.

We used to have the idea of crime, and the punishment of crime by gaoling. Speer, for instance, was tried for war crimes, and sentenced, after showing remorse, to twenty years in Spandau. Armstrong, for sport crimes, should be similarly treated. Like Speer, he has damaged, and sometimes wrecked, many thousands of honourable people’s lives, and defamed for all time a great Olympic endeavour, as Speer did a great nation.

He should be arrested for fraud like any crooked businessman and do time for it. And his Tour de France and Olympic victories should stay on the record, with a footnote under them saying how many years he did for cheating. He could then write a bestselling book on his four years in the Bastille finding God, and open thereafter a bike shop in Tulsa and ten years on tell Oprah of his new Hollywood biopic Bicycles Of Fire on his leg-pumping repentance.

What happened yesterday is a product of the American habit, nurtured in many fundamentalist congregations, of self-cleansing by public confession, and nationwide forgiveness after televised self-abnegation. A startling number of lecherous preachers have done this and got away with it, as have Clinton, the adulterer, Bush 2 the alcoholic, and McNamara the mild-mannered killer of tens of thousands of infant Japanese, after acts of public contrition weeping fans acclaimed them for.

It is a silly Christian ritual, I think, a bit like feet-washing or Christ-eating, that we should have got rid of by now and replaced by simple imprisonment for three or four years in, say, The Hague.

Corrupt drug lords do time, as a rule, when they are not gunned down by Walter White in cliff-hanging episodes of Breaking Bad, or by rival drug lords or border cops or the CIA.

And Lance Armstrong should do time too, for bicycle fraud. As should John Howard for the WMD fraud and Peter Reith for the Children Overboard faked, or dissembled, photographs that won the Liberals government.

Fraud should be discouraged, and punished by imprisonment, as forgery was in Australia’s earliest years. Well-spoken confession is not enough.

And neither is erasure of history.