Pediatric surgeon Professor Paddy Dewan has been hounded by the Australian Medical Board since 2006 over a patient procedure that had no negative outcomes — and has now finally been dropped. He believes there is a grave problem in the way medical complaints are handled by medical regulator AHPRA.

THERE HAS been an opportunity for urgent change missed.

The national health regulator, the Australian Health Practitioners Regulatory Agency, has again been investigated in March this year and found to be wanting — yet the report into their performance has been taken as an opportunity for petty party politics.

In what is a pathetic State versus Federal power play, AHPRA play a game without meaningful rules and no umpire, whilst the Legislative Council play political games, instead of protecting the public.

The James Peters’ case of 55 women being infected with hepatitis by an anaesthetist, when he was known to be a risk to the public, is enough evidence that AHPRA is unable to adequately protect the public and guide the profession. This was clear even before the outcome of the Legislative Council investigation, which has come on top of the Senate inquiry published in 2011

AHPRA should be further investigated with a review of all complaints, the processes and outcome, and changes made urgently. This is a more appropriate statement than that of the Legislative Council report recommendations, which focus too heavily on complaints handling coming back to the state jurisdiction. However, the report reflects badly on a number of aspects of the performance of AHPRA. For instance, the word ‘accountability’ is mentioned 45 times, usually in the negative, and the body of the report records AHPRA’s:

The report should be calling for a Forrester-type investigation of AHPRA, which found that 60 per cent of 596 cases investigated by the Queensland Medical Board were not properly handled. One case took 2,368 days to resolve. The Chair of the Medical Board of Australia admitted that

“It is clear that more needs to be done to address the identified shortcomings as quickly as possible, particularly in terms of timeliness, consistency of decision making and appropriate application of regulatory sanctions.” 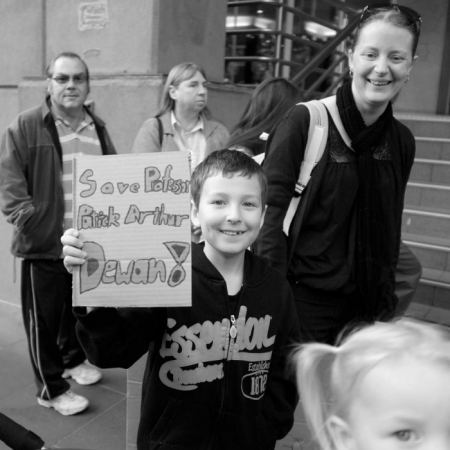 Yet it seems little has changed.

A clear example of the change of culture was that a vexatious claim against me in 2012 was dismissed the day after the AHPRA was questioned by the Legislative Council Committee about the lack of appropriateness and resolution of that vexatious claim. The letter withdrawing the allegation gave a feeble excuse that the public was protected by a finding two years earlier. The pursuit of the vexatious claim and its withdrawal were both flawed.

If a Forrester-like investigation of AHPRA were undertaken, the story of Jennifer Morris would be one of many, which in themselves should be game changers. In February 2012, following a medical procedure that Jennifer Morris had under an anaesthetic for which she had not given consent, she made a complaint that was referred to AHPRA. Having made that complaint, she then had good cause to make a complaint about AHPRA’s failure to address her concerns in a timely fashion. Jennifer’s frustration led to make a submission to the Legal and Social Issues Legislation Committee which was followed by a presentation to the panel in August 2013.

Here is one of the exchanges between Jennifer and AHPRA, taken from her submission:

(3) Also, the National Board must, at not less than 3 monthly intervals, give the written notice of the progress of the investigation to

This matter having been similarly found in the Senate investigation, whose recommendations include the following:

6.20    The committee recommends that complaints processing within AHPRA be reviewed to ensure more accurate reporting of notifications and to reduce the impact of vexatious complaints on health practitioners.

6.22    The committee recommends that the Commonwealth Government seek the support of the Australian Health Workforce Ministerial Council to identify and establish mechanisms to improve the accountability of AHPRA to the parliaments of all jurisdictions and the Australian public.

6.24    The committee recommends that AHPRA, as a matter of urgency, establish consultative groups with professional organisations and health providers.

Many submissions that are not on the website tell of similar stories to that of Jennifer Morris.

My own submission shows that an allegation in 2004 lead to no imposition on my ability to practice ever, and audit only ordered in December 2012, with no effective supervision of the quality of my work even now. The auditors were not even appointed until April 2013, and have not reviewed any outcome information, nor had contact with any of my patients.

The outcome has been punishment for a whistleblower, rather than a process to keep the public safe. AHPRA has been used by medical administrators to prevent legitimate concerns about management and clinical performance. This is now coming to light in the Northern Territory as reported recently. Assertions supported by their ‘immediate action committee’ considered only a redacted letter in deciding whether to cancel my licence. The complaint was then dropped after AHPRA was questioned in parliament.

Coming back to accountability, the lack of it in AHPRA is because of a lack of ongoing external audit, which won’t change with the current lack of understanding as demonstrated by the senior management.

The most significant, and worrying slide in the AHPRA management board presentation to the Legislative Council on 11 December 2013 was titled ‘Who oversees performance’.

The ‘external’ monitoring was considered (inappropriately) to be:

2. VCAT and courts review decisions of Boards; and

Put together with the findings of a lack of transparency and accountability that had already been reflected in the Forrester inquiry and the Senate investigation, the lack of true external audit, and the lack of insight into that lack is further cause for major concern.

We could now turn our focus on conflict of interest of appointments to boards, VCAT, healthcare network boards, colleges and APHRA management. Many of the appointments are without limitations on the terms of appointment. It’s a topic for another day, but one in need of urgent action to ensure accountability. Having influence in a number of major organisations and not declaring what should be considered conflicts of interest is yet another of “the games people play” in the healthcare industry.

Professor Dewan has continued to volunteer in developing countries and treat patients in Australia with the charity Kind Cuts for Kids.

HPARA: Doctors and surgeons setting the standard for regulatory reform

15 May 2017, 4:30pm The urgent need for healthcare regulatory reform was addressed at the proactive ...

Putting children at risk: The story of Liam and our healthcare system