Ashby, Brough and the AFP: One week Flick and they're gone

The AFP was yesterday granted access to all of James Ashby's phone records from his Federal Court case against Peter Slipper. Ashbygate investigator Ross Jones explains what this means.

On Thursday, 11 May 2016 Justice Geoffrey Flick announced it would take him up to three weeks to decide whether to release the two discs containing James Ashby’s phone records.

It took him one.

On the facts of the present case it has been concluded that the Commonwealth should be permitted to release the two discs to the Australian Federal Police for the purposes identified in the proposed orders, because:

So it seems the Feds allege they came up short, if not empty handed, from their much-publicised November raids on the homes of Ashby, Brough and Doane.

Maybe the discs might provide the necessaries. What will the cops find? 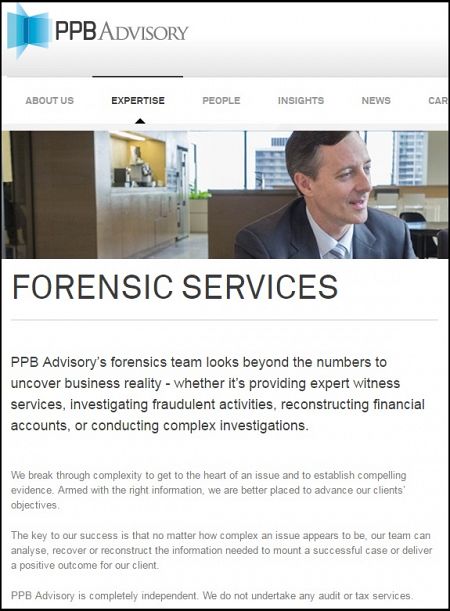 Ashby handed his phone over for forensic analysis on Thursday, 12 April 2012. Harmers entrusted the phone to Rodney McKemmish (pictured right) of PPB Advisory to conduct the analysis.

'The key to our success is that no matter how complex an issue appears to be, our team can analyse, recover or reconstruct the information needed to mount a successful case or deliver a positive outcome for our client.'

In his report, McKemmish states PPB was engaged by Harmers to:

(a) obtain a forensic image (copy) of the phone; and

(b) forensically extract from the forensic image all SMS messages

In other words, no attempt was made to determine telephone calls to or from Ashby’s phone. It is probable the cops can dig up the outgoings, but who might have called him and when will forever remain a mystery.

McKemmish stated Ashby’s phone had not been "jailbroken" and thus was unlikely to have been tampered with.

I haven’t counted the number of SMS messages contained in the publicly available Federal Court records, and I am not about to start, but there are a few gaps and I doubt we have seen all 15,400.

The MMS (multimedia messages) could be more fun. We haven’t seen any attachment descriptions and, as we know, pictures can tell 1,000 words. Sending photographs of documents is easy with MMS.

At the very least, Flick’s decision means the AFP are now entitled to use the evidence that has long been on the public record in any prosecutions it may care to launch.

But red herrings swim high above Lake Burley Griffen and it is anyone’s guess what the AFP are up to.

Back in 2014, the Ashbygate Trust engaged a barrister experienced in these matters to look into possibilities for prosecution, paying special interest to the diaries. The prognosis for success was slight. Proving an offense will be a very difficult thing to do despite Brough’s epic TV admission. He can just say he was lying. Everyone will believe him.

And besides, Brough’s real culpability lies in the fact he was party to an abuse of the Federal Court for political ends.

So, there are two possible extremes:

Flick’s prompt decision leaves seven weeks of Ashbygate before the election, a prospect that must be vaguely disturbing for the Libs.

Wonder what the AFP is telling Brandis?

Ross Jones is the author of 'Ashbygate: The Plot to Destroy Australia's Speaker'. Special limited May 2016 offer: take out an annual IA membership and receive a hardcopy Ashbygate book FREE!

Never like police raids over leaks but what the hell is the AFP doing raiding Sen Conroy's office during campaign? pic.twitter.com/LV94YlA8hQ