Could acupuncture provide relief for menopausal women? A new Melbourne study is examining whether it may be an alternative to hormone replacement treatment, reports Dr Julie Milland. 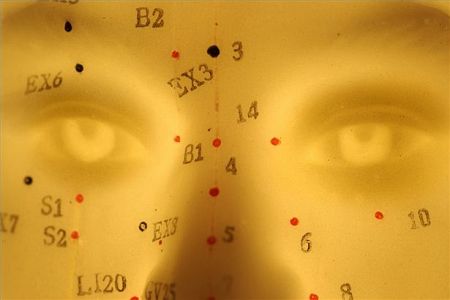 A MELBOURNE DOCTOR, has started a trial of acupuncture for menopausal women after finding many of her patients did not want to take hormone replacement therapy.

Dr Caroline Ee, a general practitioner and acupuncturist from the Department of General Practice at the University of Melbourne, has already completed a pilot study of 23 women but needs more women for this study.

“I tried using acupuncture for a few women who were flushing and they felt a lot better,” Ee says.

Ee says there is controversy about universities teaching complementary medicine, but that it is important to look at these treatments because many people use them.

“Our study is one of the examples of the ways in which we are using very strict scientific principles to examine an old therapy,” she says.

“There have been smaller studies and they suggest acupuncture is effective in helping to manage hot flushes, but this will be a large study that will shed a lot more light on the area.”

Ee says that acupuncture is a safe treatment but now doctors needed to know what conditions can be treated with this technique.

She says a 2009 study in the journal Menopause showed that hot flushes persist for more than five years on average, which is much longer than previously thought.

She also says that a 2004 Melbourne study published in the journal Climacteric showed hot flushes were experienced by about 75 per cent of women, with many finding the flushes distressing and socially embarrassing.

Ee says fewer women in Asia have hot flushes during menopause so the acupuncture treatment chosen for this study was based on a typical diagnosis for heat in the body that is used in Chinese medicine.

She says acupuncture is thought to work by stimulating nerves in the skin and muscles to trigger responses in the body that reduce pain or blood pressure or improve the digestive and immune systems.

Dr Ee needs another 180 volunteers for the study, which has already enrolled more than 100 women. New research on menopause now means a blood test can determine menopausal status and eligibility for the study.

“We are excited because this change in criteria allows many women to take part in the study who would not have been eligible previously ― including women who have had a hysterectomy.”

The study is funded by the National Health and Medical Research Council and includes researchers from the University of Melbourne, Jean Hailes for Women’s Health and Monash, RMIT and Southern Cross Universities.

The Director of Research at Jean Hailes for Women’s Health, Monash University, Professor Helena Teede, said in a press release that it was vital women were engaged in important research studies like these.

“If it’s not beneficial, we can let women know that it’s not worth spending their time and money on this particular intervention. But if acupuncture is seen to be effective in relieving hot flushes, we’ll then be able to tell women and their health practitioners how effective it is, what degree of benefit it offers and how long the benefits last for,” Teede said.

(You can read more by Dr Milland on her blog ScienceMojo.)