Spielberg's Lincoln a time-periscope to the past

Stephen Spielberg's brilliant Lincoln is more than just a film, says Bob Ellis, it is more like a time periscope view of the past as it actually was. 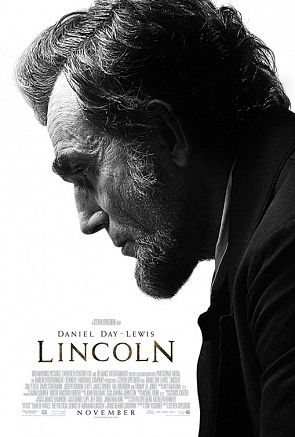 OF THE FILMS I have seen − or perhaps the better word is experienced − that seem to have been time-periscope views of the past as it actually was the number is not many. Danton. Downfall. Beneath Hill 60. The City of Life and Death. The Seventh Seal. Andrei Rublev. Anonymous. The Best Years of Our Lives. A Royal Affair. The Last Mitterrand. Capote. Frost/Nixon. Carrington. Ivan The Terrible Part 1. And to these must be added Lincoln, a film which seems much more than a film, something more like a symphony, or a thousand-voice choir in full throat, singing of destiny.

There is not much music in it, however; mostly only talk and speechifying, a good deal of what was actually said in Congress by great rhetoricians moved as few have ever been by a war with cousins in which their own sons died, a quarter of the able-bodied men in the Republic, which Lincoln strove so bloodily to preserve. In one scene, historically accurate, his son Robert sees fifty or sixty severed legs, cut off by surgeons, being dumped in an open grave.

But … most of it is just talk, and the grimy calculations and bribes and shifts of wording and emphasis by which the Thirteenth Amendment gets through Congress with two-thirds of the vote, and it needs two thirds, very narrowly, and the slaves are ‘freed’, whatever that means. It must happen before the war is won, because the southern states would then be readmitted to the Union and would have the numbers in Congress to defeat it.

And so, corruptly and sneakily and grubbily and suspensefully, it went. The story is more like The Thick Of It than one would expect, but, of course, it is true. It is all true. It’s from Doris Kearns Goodwin’s book Team of Rivals: The Political Genius of Abraham Lincoln, most of it, and it’s dialogued by America’s best living playwright Tony Kushner (Angels In America) with Britain’s best living actor Dan Day-Lewis as Abraham Lincoln, and it’s made by history’s most popular film director, Steven Spielberg — of ET, Indiana Jones, Saving Private Ryan, Schindler’s List, Munich, Armistad, 1941, Jaws, Pan, and, yes, The War Horse.

Logic says that a film about grimy political manoeuvrings called Lincoln cannot work but it does, magnificently. Part of the reason is that nearly all of the actors are unknown or unrecognisable; we note the seared faces of Sally Field and Tommy Lee Jones, and that’s about it. The others seem to be the actual people, in the coils of their inescapable tragedies and their sense of public duty, entrapped and eloquent, honourably suffering, in sepia images wrenched out of race memory, and aching in the mind.

No terrible truth is spared us. Mary Todd Lincoln is mad. She has lost two sons in the White House, one by the fault of her husband, one her own, and her headaches and public tantrums and her scandalous buying-sprees have caused Abe to consider putting her in a madhouse, and the marriage is not going well. She is afraid her first-born Robert will join up and die too. Abe is inclined to let him but fears her disapproval and, of course, his death, little knowing that he will be the first of them to die, in a hundred days’ time, beside her in a theatre.

‘Little knowing’, though, may be an exaggeration. He has bad, prophetic dreams, and we see one of them, and he has dodged one assassin’s bullet already. And amid the general carnage he does not account his own life too highly, just the work he is in. He doesn’t love negroes actually, wishes they weren’t here, wishes them back in Africa, wishes none of this had happened, wishes he could call back the piled-up dead, hates hanging young men for desertion, for cowardice, reprieves a few. And bit by bit we see the burden he is under — all of the death and the grief and the oratory, and the religion he can’t believe in and the nation-consuming moral struggle of which he is, irreducibly, the author, with a Christ-load of guilt on his shoulders he cannot shuck off, or sleep well under.

Kushner attempts no tricks of the sort we get in movies, no montages, no soaring orchestral engulfment which gets us off the hook. He gives us merely the talk, the small-talk, the yarning, the jovial frontier anecdotes by which Lincoln humorously, self-mockingly, shrewdly, disarmingly, got − or sometimes got − his way. And a single opening battle scene — brief, but more appalling than Saving Private Ryan.

In the role Dan Day-Lewis goes beyond mere impersonation. The stoop, the shrug, the dirty-toothed smile, the wispy, reedy voice (like Walter Brennan’s), the bush-turkey profile, the melancholy ambling walk like a man bereaved beyond all redemption, go beyond what we understand as ‘acting’ into a kind of enveloping possession by a Devil; this is the man himself, speaking through the actor in a kind of channelled poetry, like ‘The Battle Hymn of the Republic’, or the Second Inaugural, which Day Lewis declaims exactly as it must have been, as a ghost beyond his own ending, beyond his own death, beyond the death of us all. And now, we think at film’s end, he belongs to the ages.

No praise is sufficient for what he achieves, nor for Tommy Lee Jones as the immoderate pro-Negro ‘radical’ Thaddeus Stevens — feral growl, saurine face, walking stick, aggressive limp, black mistress, and all.

And so many of the rest of them, David Strathairn as William H. Seward, Jared Harris as Ulysses S. Grant, Hal Holbrook as Francis Preston Blair, Sally Field as Mary. These are portraits in flashes of remembered lightning that successively detain, disturb and upset us, in ramshackle dusty offices and muddy streets, in hospital wards and carriage rides through open country in which a sniper may lurk, and grim facedowns with the foe in a showboat and on the courthouse steps (of course) at Appomattox and forebodings, forebodings, forebodings, of the world they all are now creating, a failure as great as the war they are in.

Lincoln is a figure who, like Gandhi, Rasputin, Shakespeare, Churchill, Hitler, Julius Caesar and Jesus of Nazareth, seems ‘larger than life’ and no doubt himself commanded, as some politicians do, that hypnotic force which I myself have witnessed firsthand in Enoch Powell, Gough Whitlam, Gerry Adams, John Lennon and Bob Carr. And there may indeed be some sort of magnetic field-force that some such men muster and others, mostly, do not. And Dan Day Lewis has found a way of fabricating this or, mesmerically, recalling it from the depth of a raided tomb and giving us the hero back again.

Behold, he is risen.

And here he is.