It’s the future of TV, at least if you believe the marketing hype. Entertainment editor John Turnbull checks out two of the most popular content streaming devices currently available.

WHEN I was a child, Australian TV was limited to three commercial channels (less if you lived in regional areas), the deadly boring ABC and SBS, a perplexing foreign-language channel with little to appeal to your average eight-year-old. Fast forward to 2017 and the screen entertainment options for families are almost unlimited, from cable TV networks, digital TV channels, international streaming providers and endless YouTube channels.

Options for consuming this new content are many, from the growing range of smart TVs, to "plug & play" devices like Chromecast and mobile apps that let you mirror content on the big screen. Before you spend thousands refurbishing your home theatre, here are a couple of relatively low cost options that will open up a world of new content of wildly varying quality.

Now in its fourth generation, the Apple TV is a sleek black box slightly bigger than a deck of cards. In addition to giving you access to a plethora of apps, catchup and subscription services, Apple TV connects seamlessly to any Apple computers in your house, allowing you to stream music, movies or TV shows from your iTunes library. In theory.

Like most Apple devices, the Apple TV is simple to set up (assuming you can remember your Apple ID and password) and gives you immediate access to free content via apps like ABC iView, SBS On Demand and catch-up services for 7, 9 and 10, along with the ubiquitous YouTube. The functionality and user experience of these platforms varies; while video quality is generally high on the commercial TV networks, repetitive advertising abounds.

It is for this reason that Apple TV (and streaming devices in general) work best with subscription-based content services. Netflix is the biggest and, at between $9 and $13 a month, it makes Foxtel look ludicrously overpriced. While early players like Presto have fallen, the Nine and Fairfax backed Stan is still going strong. If you’re a fan of the Khardashians and their ilk, you can subscribe to Hayu, while a subscription to WWE Network will provide you with literally thousands of hours of competitive cuddling.

Like many Apple products, the Apple TV remote is sleek and minimalist. Due to this design it is incredibly easy to misplace and you’ll probably spend as much time looking for the remote as you will actually watching content. On the upside, the fourth generation box comes with either 32GB or 64GB of memory in an attempt to challenge the likes of Foxtel IQ and other Digital Video Recorders.

Significantly more expensive than other streaming boxes, the Apple TV had a big jump in price between generation three and four. The main reason for this jump (apart from the addition of memory and standard Apple profiteering) is that the fourth generation is upgradable, allowing viewers to download new apps as they are developed, along with app-based games if you’re into that sort of thing. Whether this justifies almost tripling the price is up to you… 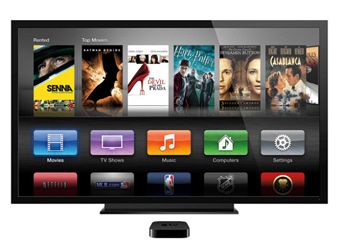 Telstra entered the content streaming market later than many of their competitors, but this decision allowed them to observe the mistakes that others made and avoid making them themselves. Probably the best decision that was made based on this delay was to rebadge an existing product with a proven track record rather than make their own device; enter the Roku box.

Launched back in 2008 in the U.S., as Netflix began to gain momentum, Roku have had five generations to work out the bugs, and the result is a plug and play piece of hardware that works —  a nice counterpoint to Telstra missteps like the IQ3 and the T-Hub. Roku make a solid, reliable product with an easy-to-use remote, allowing Telstra to focus on the content.

In addition to all of the standard TV network catchup and paid subscription services, Telstra TV gives you unmetered access to Bigpond Movies where you can rent titles without ever incurring a late fee, which is something that used to happen when there was a Blockbuster in every suburb. You can also access Foxtel via Telstra TV, although it’s worth noting that streaming quality can vary in comparison to a standard cable connection.

To get full value from the Telstra TV, you need to be a Telstra subscriber, but don’t believe anyone that tells you it only works on the Telstra network. Aside from speed, the main drawback of using a lower-cost competitor is that some content (like BigPond Movies) will now be measured and count towards your monthly data limit, although if you’re getting 500GB a month this shouldn’t be a significant problem.

For just over a hundred bucks it’s hard to go wrong, but if you sign up for a home broadband plan there is a good chance that they’ll throw in a Telstra TV for free. As with all technology, there will be a new model before this one has a chance to collect dust, but if you haven’t dipped a toe into the exciting ocean of content available via streaming then this is a good place to start. 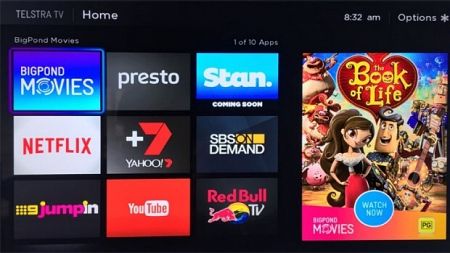 It’s important to note that you need a decent Internet connection to run any kind of streaming device, along with a robust wi fi signal if you want to have your streaming box away from your main Internet port. In terms of speed, if you’re getting less than 4kB/s (check here) then you may experience buffering, particularly if you’re using other devices in the house.

In terms of Internet plans, streaming content can burn through a lot of data, particularly if you like to watch stuff in HD. You probably want at least 100GB per month, but you should be able to get a lot more than that for not a lot of money if you shop around.

If you’re buying an Apple TV specifically to stream content from your computer, make sure you’re tech savvy. I had frequent problems finding and maintaining a connection between the Apple TV and computer and you have to ensure that all of your devices are updated to the latest software at all times.

If you’ve got a TV that’s more than five years old, check that you have a spare HDMI port. Most TVs these days have at least half a dozen, but older TVs may have only one or two, in which case you may need an HDMI splitter device.

While both devices offer a smooth user experience and access to a staggering amount of content, from a price point and user-experience point of view, the Telstra TV is a clear winner. On the other hand, if your house is filled with Apple products and you treat Siri like a member of the family, then Apple TV is probably more your speed.

Like what you read? John Turnbull's books are now available on Amazon and Kindle. For about the price of a cup of coffee, you can take a journey deep into the disturbed psyche behind columns including Screen Themes, Think For Yourself, New Music Through Old Ears and JT on NXT. There’s supernatural thriller Damnation’s Flame, action/romance Reaper, black comedy City Boy and travel guidebook Bar Trek: Europe. Check them out!

The “TV” app on Apple TV is a shell of what it could be. https://t.co/pSNMdYfhv5 Apps aren’t the future of TV. Channels shouldn’t be either. pic.twitter.com/wzJggntcxL

Seriously @Telstra you won't allow me to watch a pre season game on my Apple TV? Why so greedy? pic.twitter.com/J4ptjwqbrJ

Get the latest movie reviews. Subscribe to IA for just $5.