Malcolm Turnbull claims the Liberal Party is the "party of the grassroots", presumably because now he is personally bankrolling the Libs, big business don't need to anymore. 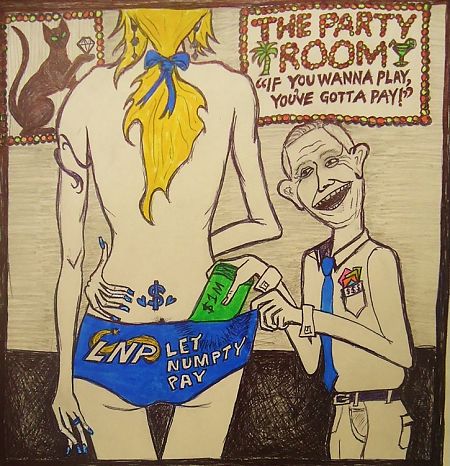 Malcolm Turnbull's $2m donation exposes him as a hypocrite https://t.co/FS1byDZrgn via @smh

The PM has copped flack after giving a homeless man $5 because he had a wad of cash in his other hand. #9Today https://t.co/l1BFV5Gq4Q

The vested interests that control the Liberal Party demand a tax cut & they obey. Some things never change #auspol https://t.co/F176jxQRha

Malcolm Turnbull wants to diagnose rightwing populism? He should look to his own party | Jason Wilson https://t.co/IIHLnFFgdd

WHO WANTS TO BE (OWNED BY) A MILLIONAIRE?

4 August 2016, 12:00pm Flushed with her recent prominence in the media, Sonia Kruger has another film in ...
Join the conversation
comments powered by Disqus
News updates