Jewish Australian documentary filmmaker Gary Caganoff’s latest film on Afghanistan has been honoured with a Human Rights award from the World Association for Christian Communication (WACC) and SIGNIS (the World Catholic Association of Communication).

Both WACC and SIGNIS announced their joint Human Rights Award for 2010 in Brussels late last week. Unanimous in their decision, the award has been given to the documentary The Garden at the End of the World, produced and directed by Caganoff, for its rare sensitivity in the portrayal of the human rights issues of ordinary people.

The Garden at the End of the World is a confronting documentary on Afghanistan illustrating the tragic consequences of war and the widespread hunger, homelessness and lawlessness that it causes. The film portrays the lives of the hardest hit – the widows and orphans – who number in tens of thousands and follows two Australian women: humanitarian, Mahboba Rawi (OAM), an Afghan refugee and internationally recognised permaculturalist Rosemary Morrow, a Quaker, who both offer alternatives to the ‘reconstruction’ efforts that have not worked.

Through these two remarkable women, Caganoff elicits stories and images of Afghanistan rarely seen before. Neither sentimental nor sensational the film is remarkable, reaching into the depths and complexities of war torn Afghanistan.

Philip Lee, Deputy Director of Programmes for WACC, said that the film was a rare and sensitive documentary that appealed to the Christian organisations values of social justice and human rights:


"While there are now many feature length films on Afghanistan, it is much rarer to find a sensitively crafted documentary that shows ordinary people trying to rebuild their lives and those of others. WACC works to promote communication for social justice and the right to communicate and SIGNIS aims to promote a culture of peace. As such, the programmes and projects we support take a rights-based approach."

Asked to explain the documentary’s relevance to people of faith, Lee said, “The Garden at the End of the World is wonderful in that it shows how many people of different beliefs can work together for the common good.”

Excited by the award, Caganoff (who describes himself in the film as “Jewish with Buddhist tendencies”) says the film does not aim to be religious or politicial, but instead focuses on basic human rights.


“The film is not religious, nor is it political. It manages to fly under the radar of both and focus on basic human rights issues that aren’t being addressed by either. Rosemary, Mahboba and Mahboba’s Uncle Haji, who also features in the film, are true heroes. They work with passion and humility to help the Afghani women and children re-build their lives.

"This award is a wonderful recognition of their inspiring work. The award also recognises the fact that the film is successfully managing to dissolve our differences in beliefs and unite us in the cause of human rights for the women and children of Afghanistan. Few films can do that."

The production of The Garden at the End of the World was mainly funded by Caganoff, an independent filmmaker of 20 years, with the support of Screen Australia, The Documentary Foundation Australia and generous private donations. 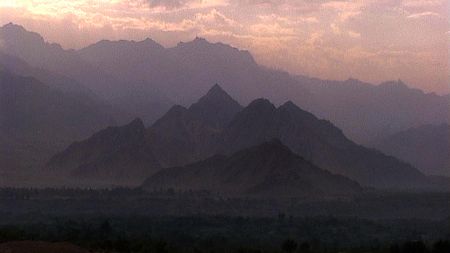 (Both photos copyright Lysis films. If you would like to know more about this documentary or to order a DVD, go to: http://www.TheGardenAtTheEndOfTheWorld.Info.)
FILM AND DRAMA HUMAN RIGHTS Afghanistan film Gary Caganoff human rights religion Screen Australia SIGNIS The Garden at the End of the World WACC
Recent articles by admin