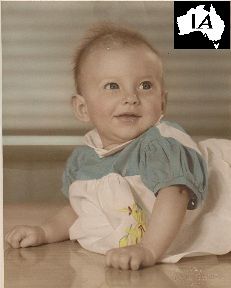 Baby Glenn looks towards the future

Australia has a long tradition of independent, republican journalism. This tradition was first established in newspapers such as the People’s Advocate and the Empire of the 1840s and 1850s, supported in the Age in the 1870s and 1880s, and a constant theme in publications in the 1890s such as the Newcastle Radical, the Wagga Hummer, the Cairns Advocate, the Melbourne Tocsin, the Hobart Clipper, and John Norton’s Truth. But it was in the pages of the Bulletin of the 1880s and 1890s where the flowering of republican ideals can be seen to emerge. It has been a long time since Australia has had such a strong republican voice. Australia’s republican voice has been lost for a long time. There have certainly been many writers, artists, academics, and politicians who have actively advocated for an Australian republic over the past century, however they have not had a home where they can all shelter under the same roof. Independent Australia has become that space, a republican space, a republican civic space where republicans and others can debate the issues that are important to our political and civic future. Republican voices now have a home. All families need a home.

Thanks to David Donovan and all the contributors to Independent Australia the republican tribe can begin to look around and see who they are.

Over the past year the task I have taken on is to begin to document some of our shared republican history. But there is still a great deal more to document. Australia’s republican past has a rich and deep seam. It’s important to remember though that our future is inextricably linked to our shared past. As such I will be the fiction convenor again for the Third National Republican Short Story Competition that will launch on 1 July 2011. Details can be seen at http://republicanfiction.blogspot.com.

It seems strange there is no tradition of republican speculative fiction in Australia. In colonial times there were republican poets such as Charles Harpur writing in the 1840s and 1850s, and republican writers such as John Dunmore Lang and Daniel Deniehy in the 1850s and William Lane, Henry Lawson and John Norton in the 1880s and 1890s. But where have the republican stories been for the past century? There have certainly been many republican writers during this time but almost no examples where republican settings or arguments have been explored in Australian fiction. Republican arguments and explorations of the past and imaginations of the future are always written within the framework of constitutional debates. Where do the people of Australia fit into this? Where are their myths and stories to tell and retell and remember about Australia’s emerging republican identity?

The Third Annual Republican Short Story Competition challenges Australia’s fiction writers to speculate on the possible futures of the Australian republic. Speculative fiction writers deal with possibilities. They speculate. They make the future seem real. However, you can’t achieve anything unless you imagine it first. Before every great invention and before every great journey is the idea. Without ideas and imagination, we are all trapped in the past.

So, Happy Birthday Independent Australia, and here’s to a long, independent life – and remember, every tribe needs a home.