Ryan Butta's moving story of "Harry" – the first camel to enter Australia – and the hidden history of Australia's Afghan cameleers makes for compelling reading in 'The Ballad Of Abdul Wade', writes Jim Kable.

WHEN CAPTAIN James Cook sailed north from the southeastern coast of the continent we now know as Australia (the South Land) in 1770, he named the features he saw from the HMS Endeavour.

Inland from the Wallaga Lakes and present-day Narooma rose the rounded shapes of Gulaga (Mother Mountain) of the Yuin people — though he called it Mount Dromedary. Nowadays, however,  as part of Gulaga National Park, it is increasingly coming to be known by its ancient name.

Local elder, Warren Ngarrae Foster, spoke movingly about the mountain’s cultural significance in 2020 (likening it to Uluru for the Arrernte people of Mutitjulu). He spoke of how his ancestors had passed down the stories of that great "fish-stealer pelican" sailing up their coastline and of how Cook’s presence had indeed proved to be the harbinger of what they had feared — theft of everything, not merely their fish.

"At this moment the camel gave a lurch to one side, and caught his pack in the cock of my gun, which discharged the barrel I was unloading..."

Harry: famous for being the first camel in Australia, and also for shooting explorer Horrocks.https://t.co/Vz4KmkAeRv@HistorySA https://t.co/cNr7p1Di7s

This would appear to be the first reference to any variety of camels in Australia (the feral camels of outback Australia are Camelus dromedarius). As was the first camel to enter Australia – “Harry” – the sole survivor of a number of beasts purchased in Tenerife in the Canary Islands and landed in Port Adelaide in late 1840.

From the early 2000s until now, various documentaries and oral history interviews (especially out of Broken Hill, or from the ABC); a movie or two like The Furnace and books such as Australianama: The South Asian Odyssey in Australia, have variously quickened my interest in this aspect of our national history.

An Urdu-speaking kinship connection in England – out of India – brings it into my personal domain, as indeed when a lad in one of my classes at Nelson Bay High School about 30 years ago mentioned that he had kinfolk of Afghan/cameleer heritage in Alice Springs.

And there is Peter Drew of Adelaide and his amazing AUSSIE posters, drawing attention to the fact – which seems so difficult for our political “leaders” to get into their heads – that we are and have long been an ethnically and culturally diverse land — beyond that pre-existing diversity of First Australians.

I hold one of Drew’s posters of Monga Khan from his Real Australians Say Welcome series, which he followed with the eBook The Legend of Monga Khan: An Aussie Folk Hero. 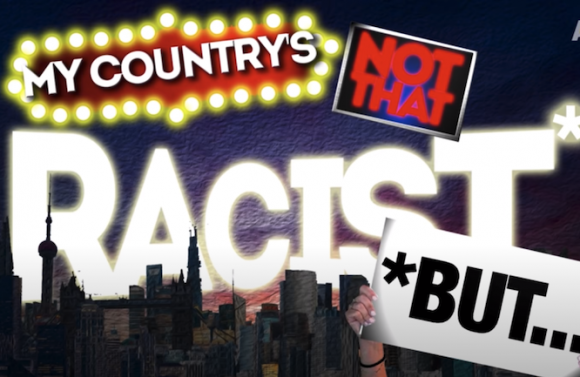 Butta follows the life and career of Abdul Wade (a spelling change – from Wahid/Wadi – though, usually, by those who knew, pronounced more like "Waddy") and of those with whom at times he was in partnership.

Wade set up in Bourke and – at various times – saved from starvation whole towns such as Cunnamulla across the border into south-western Queensland, during times of floods and drought. His camel trains were able to plod through vast expanses of water in which bullock trains would have become bogged and could walk for lengthy periods of ten days or more without water.

But in a country built on the dispossession and theft of land from the First Australians, the fears of difference and otherness (or of in turn being dispossessed) ran strong. Not only were the Afghan cameleers prompt in terms of delivery of goods from railheads and to outlying stations but they were also honest, upright and –most of the Muslim faith – abstemious.

They did not spend their money in one of the 29 pubs then-servicing the population of Bourke (around 3,000). Not only were the cameleers hard-working but seemingly frugal. That got up the goat – so to speak – of the vested interest profit-takers themselves and their enablers — those politically exploiting racist talk and acts.

Abdul Wade imported camels in 1893 – leading them from Port Augusta to Bourke – while subsequently fending off actions for better pay and conditions for the cameleers he had sponsored on contracts (there was antagonism from a cousin with whom he had been a partner) as well as racist-motivated political and legal challenges directed at him.

Also, there was a refusal from the local chapter of the carriers union to accept his application to join — those camels frightened the horses, they were to claim over and over.

Frearson’s Monthly Illustrated Adelaide News of Friday 1 June 1883 supports a view which rather soundly trounces that:

'North of Port Augusta camels are used for so many purposes that they are now voted quite common and even horses begin to look upon them without a snort of alarm.'

However, for me, the most intriguing parts of the story are the references to the racist agitator and colonial NSW MP for Bourke, Edward Millen — a fierce opponent of Abdul Wade. Later, Millen became a federal MP and accompanied Billy Hughes to the Paris Peace Conference in 1919.

I did not know that NSW had an Immigration Restriction Bill, written in 1897 but enacted on 1 January 1898 (Immigration Restriction Act 1898 No 3) based upon being able to do a writing test in any European language. Clearly, it was not designed to keep out Europeans, but was, in fact, too loosely worded to do what Millen intended.

Abdul Wade was a fluent and able writer – to many newspapers – in English. But the anomalies of that first writing test were ironed out just three years later when it became federal law — the deliberately ambiguously-worded format of the "dictation test" was soon to be recognised as The White Australia policy. 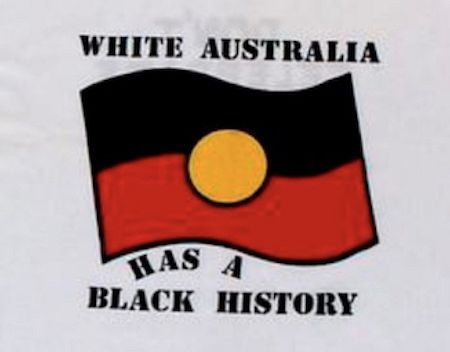 And it was this same politician, Edward Millen, who guided Billy Hughes into his opposition to the allied Japanese delegation advocating for a clause guaranteeing racial equality. And though Billy Hughes and Australia receive much-deserved opprobrium now for that stance, it has to be stated that – although they did not speak up loudly on the matter – behind the scenes, Woodrow Wilson and David Lloyd George were largely in support.

Their frontman act reminds me of John Howard as "deputy sheriff" for George W Bush and later Morrison and Dutton prodding at China over Taiwan on behalf of the U.S. — still doing their puppeteer’s bidding.

Ryan Butta writes with a cheeky sense of the ironic throughout this lively telling, exploring the huge benefits these men from Afghanistan and neighbouring lands brought, with their cameleering skills and temperance, to the development of the Australian interior — the Overland Telegraph and the construction of so much otherwise impossible.

He even drags in Henry Lawson who spent time in the early 1890s in Bourke, to prove how the Afghani presence was basically wiped from the slate of our history.

This is a truly impressive piece of writing and history. I highly commend it.

'The Ballad Of Abdul Wade’ is available from Booktopia for $26.25 (paperback) RRP.