As bold as BRASS

The business of condensed books has given Frank O'Shea a brilliant money-making idea — that will hopefully not lead to too many questions in parliament... 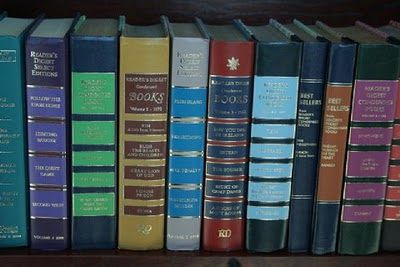 Some years ago, I used to receive unsolicited mail in courier typeface from an organisation which specialised in publishing, amongst other things, condensed books. I have no idea how they got my name and even less understanding of how they have now found my email address and are pestering me with a FREE CHANCE of great wealth if I log on to their site every day. And, for some reason, they have progressed from condensed books to shampoo and hearing aids. As I am bald, they won’t get far with the first, and though it is true that I have the sound a bit high on the television, how did they find out?

Anyway, the whole business of condensed books gave me an idea. I think I could make a nice earner by setting up a company which would read books for busy people. I even have a name for my proposed company. It will be called the Book Reading and Summarising Service or BRASS.

It has a nice solid, old-world ring to it and as soon as I can employ a stringer in Noumea or Tuvalu, I will be able to call it BRASS International. Then all I would need would be some superannuated celebrity with a title — Sir somebody or other would be great but an OAM or a retired cricketer would do in a pinch. I wonder whether that young man who uses his Hippocratic Oath to flog insurance would be available?

By the way, before anyone objects that the idea is similar to the fictional Writers, Actors, Artists and Musicians Association (WAAMA) set up many years ago by Flann O'Brien, let me acknowledge that not only is it similar, the whole concept is pinched from that morose master. No apologies; after all the whole idea of my BRASS group as of O'Brien's WAAMA is to pilfer ideas from the classics, simplify them and then pass them on to people too busy making money to be bothered reading a book.

Suppose Tony Abbott or Barnaby Joyce or Shane Warne is due to present a prestigious literary award. Okay, maybe not Shane Warne. They have to work out how to address the recipient of the award. Is it to be Mrs or Miss or Ms — in the matter of literary awards, the other gender is of course inconceivable, if you'll pardon the pun.

You need to know whether she is a serious feminist or just playing at it. Are you allowed, for example, to compliment her on her good looks? "That such precocious talent should be possessed by someone of such rare beauty/with such a sumptuous figure/with such fine legs ..." might not go down well and might even lead to questions in parliament.

When Barnaby or Tony has to present the award, he must of course refer to the work which merited the award. It might even be useful to refer to other writings of the winner and once again BRASS would come to the rescue. In the first place, we would advise against the use of the standard word corpus to describe the complete works of the author in question. There might be someone in the audience who understands Latin and who would unsportingly point out that a phrase such as "her broader corpus" might have alternative interpretations and there might be questions in parliament once again.


At any rate, BRASS would read everything the award-winner had ever written and summarise her ideas in a few sentences. In the case of modern writers, this would present little difficulty and would impress the canapéd, chablised guests invited to the nosh.

Tony or Barnaby will also have to compare the writer's work with that of some currently trendy writer with impeccable credentials — preferably a member of a literary minority like Duntroon trainees, retired footballers or mining magnates. And, of course, there has to be some pointed remark to show how the winner is no vulgar Dan Brown telling lies about respectable secret societies. If it is not possible to find some recent author to compare with, we would have an extensive computer database of dead ones, filed under various headings — sea captains, gamblers, miners, indigenous activists and so on.

To return to our sheep: I wonder what chance I would have of presenting the idea of BRASS to my local bank. There was a time pre-Storm, pre-Bond, pre-ABC learning when they would have been knocking on my door with a bag of money if I presented such a scheme to them.
LITERATURE banks Barnaby Joyce books finance Frank O'Shea literature Satire Shane Warne Storm Financial Tony Abbott
Recent articles by admin