Where are all the green jobs in Australia?

There is a lack in career prospects in the green sector because of a lack of planning, funding and commitment at all levels of society, says research scientist Tim Lubcke.

“…hopefully you will have a job next year.”

This has been the chorus of the past six years of my work history. Each chapter ‒ and there have been a few ‒ has ended with a shocked expression above a notice of resignation.

Back when I was contemplating my choices for university courses in the early 2000s, I fell for the promise that the “green sector” was the next big thing, soon to demand suitably qualified people for these roles.

This pitch has left me with a specialised degree in science that few appreciate and I have largely not applied in any role.

That isn’t to say that my career thus far has been all bad.

I have excelled in every role where I have been given some genuine autonomy and ownership, including designing new and unique research equipment, educational or otherwise public engagement media and even successfully being published within professional media.

I have demonstrated myself to be inventive and enthusiastic. I see my value mostly when the note of resignation is acknowledged.

A quick search on any job listings sites for science, especially environmentally inclined, will reveal a predominance of contracted positions with “possible extensions” and “pending funding” part of the package.

There is a lack in career prospects, whereby employers and successful employees can build a lasting partnership for mutual benefit. This comes primarily at the expense of employers, who spend the money searching for the right people, training them up only to have them, their new skills and job specific knowledge venture on to greener pastures.

Of course, in environmental science this is not universal. Overcoming a number of “if” hurdles, one can be successful in academia or primary industries.

This, however, largely does not translate to other sectors of environmental science, for example those relating to human health or environmental management. This seems to be a real shame and can lead to otherwise avoidable inefficiencies developing at the detriment of communities and the erosion of natural resources.

Taking my own experiences for example, over the past six years, I have applied for many hundreds of roles and, for the most part, find myself second best or, somewhat absurdly, too good. This battle for a role and then little job security once I have won it, especially with a family to support, has taught me to remain wary, with one eye forever on the next potential role.

This culture breeds wasted time, effort and money for all involved and lowers moral on both sides. Neither party has security to plan beyond the short term.

The general attitude expressed by the current government, typified by a lack of a minister of science, the shutdown of the Climate Commission and “Wikipedia science”, makes it is difficult to see how this culture could change in the next few years.

The buzz words of the environmental sector about a decade ago, roughly when I was encouraged to train up for the green sector, are now largely taboo. There are some topics under my work history that are now better left away from the dinner table.

In short, the green sector in Australia turned out to be a pipe dream. It didn’t happen and probably will not gain enough momentum over the course of my career life for me to truly benefit from it.

I cannot help but think Australia is focused on waiting for the need for a cure rather than take prevention seriously. This is a massive disgrace to all Australians and will eventually cost us a significant proportion of our national wealth and long term prosperity.

If I’m finding it tough with my diverse and weighty curriculum vitae, I can only imagine what it is like for graduates. If I’m looking at my options away from this dead horse of a sector, I’m definitely not going to be alone. The uncertainty and difficulties placed before the workforce of the environmental sector maim everything.

People often laugh when I say that, but think about it: we keep our houses clean from pollutants and pests; we expect reliably fresh air though our vents and water from our taps — the environmental sector is all about these goals, but on a much larger scale.

Living on the fringe, with poor quality soils and low rainfall, managing our lands ought to be the primary focus for all Australian, which in turn strengthens the urban landscape and primary productivity and, thus, affluence.

The environmental sector is a significant part of the bedrock of our prosperity. Yet it is a hard gig that Australia has largely ignored.

Maybe we think we are too lucky to fail. 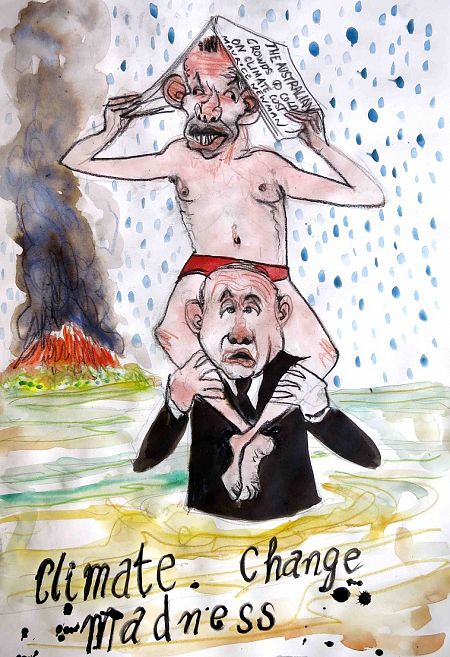 Why we need the Safe Schools Program: A victim's story

19 March 2016, 7:30am Turnbull's dwindling authority was trashed further yesterday after he caved in ...

Life as an irregular student: The pitfalls of deregulated universities

Climate change by any name is economics

28 May 2014, 8:05am "Business as usual" will cost us dearly if we don't tackle the problem of global ...
Join the conversation
comments powered by Disqus
News updates