A fauna-sensitive urban noise policy that can help look after impacted wild populations in our cities is overdue, writes Dr Peter Fisher.

THE POST-HUMAN SPECTACLE of central Melbourne during the recent February lockdown brings to mind that extraordinary footage of wild animals hanging out in deserted streets in overseas cities such as London with similar lockdowns. Out west, it was no less surreal to see goats reclaiming gigs long since surrendered to humans in the Welsh town of  Llandudno.

That lull provided a glimpse as to how human activity affects the audiosphere with vibrations that propagate into the ground as high-frequency seismic waves:

Noise from trains, airplanes, industrial processes and other sources is recorded on seismometers worldwide. Disentangling this noise is important for extracting out natural signals, but the noise can also roughly track population movements. Lecocq et al compiled seismic observations around the world and found a substantial decrease in noise resulting from lockdown measures imposed in response to the coronavirus disease 2019 pandemic (see the Perspective by Denolle and Nissen-Meyer). These observations tightly correspond to when the measures went into effect and offer a way to track aggregate behaviour. This quiet period also offers the chance to extract anthropogenic sources of noise from those of natural processes.

Where is this racket coming from? Insofar as noise policy is concerned, there are two major points of origin — localised, which tends to be intermittent such as reversing beeps, waste collecting, power tools, mowers and so on and broad-brush, foremost the ubiquitous noise created by road traffic, trains and trams either background or more intense at or near busy corridors. 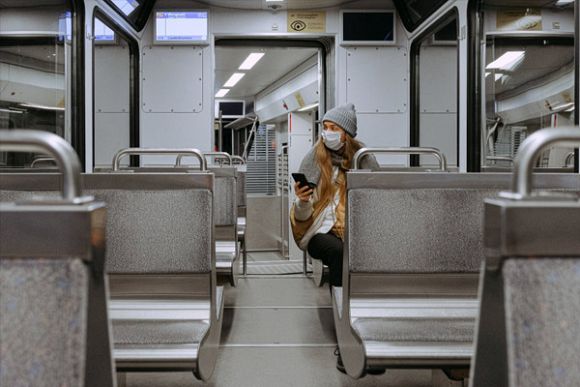 Paradise lost: Listen to the landscape

It’s instructive to set this frenzy against a proto-Melbourne landscape sated by chronicler William Westgarth, who arrived in the settlement in December 1840:

‘A beauteous sunny morning broke upon us, with a delicious fragrance from the refreshed ground. We found ourselves near the Yarra, between the present busy Hawthorn and Studley Park. Solitude and quiet reigned around us, excepting the enchanting "ting ting" of the bell bird.’

Well, if that didn’t happen for you away from the Zoom calls, at least the birds had a reason to party. For there’s clear evidence that traffic noise hampers detection of song, making it more difficult for birds to establish and maintain territories, attract mates and maintain pair bonds, possibly leading to reduced breeding success in noisy roadside habitats.

One way or another, we’ve overseen their proliferation (along with insectivorous recruits such as butterflies and native bees) through decades of native plantings in home gardens inspired by Edna Walling. Here, many ground birds like superb fairy-wrens, New Holland honeyeaters and grey fantails have set up residence in shrub settings in contrast to canopy birds favoured by public tree planting programs.

The presence of these species including urban adaptors has been painstakingly catalogued by bird watchers across metropolises like Melbourne, such that we now have a firm picture of their presence. Just as things like roads, paths and buildings come to define our human settlement, for birds, it's places to take refuge from predators, shelter, nest and access food and even have occasional dalliances across territorial borders. These interstices can be thought of as bird city — an overlay on human settlement.

Protecting and nurturing that civilisation is an important ingredient of what’s come to be known as ecotherapy. 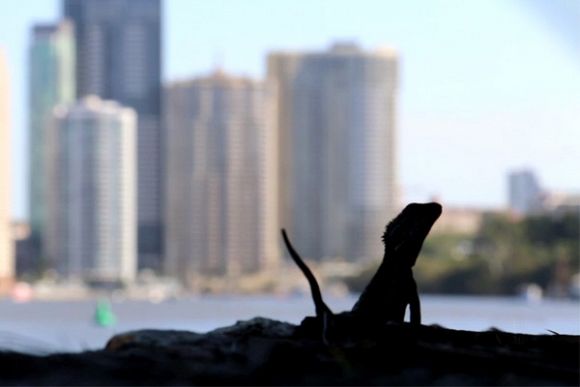 A casual glance at local noise policy and regulation unsurprisingly reveals that it’s exclusively pitched to human health and wellbeing.

Noise can be annoying or disturbing. Over time, if the noise continues or is too loud, it can impact your health and wellbeing. The impact can be headaches, increased blood pressure, fatigue, irritability, poorer reading comprehension and attention in children as well as hearing damage when the noise is loud.

A noise map of Greater Melbourne has a similar core logic.

Where does this leave wild species sharing our city spaces — do they suffer from hypertension? Given we don’t for the most part have the flexibility that goes with a greenfields start, what might the starting points of a fauna-sensitive policy look like?

Melbourne University researchers have done some homework and hazarded that.

Closing key roads during the breeding season is a potential, but untested, management strategy to protect threatened bird species from traffic noise and collision with vehicles at the time of year when they are most vulnerable to their impacts. Other management options include reducing the speed and/or volume of traffic on such roads to an acceptably low level.

Such considerations have varying degrees of practicality — seasonal closures could be enacted when alternative paths exist around bird-rich localities but speed and volume measures appear easier to implement.

These responses will over time be buttressed by a mass infusion of EVs eliminating the roar of IC engines. Their entry will be accelerated by 5” rechargeable batteries, an 80 per cent lift in range and acoustic vehicle alerting systems (AVAS) to ensure cyclists and pedestrians can hear them coming.

Step back and capitalise

Those seemingly endless days spent in suburban parks and other green spaces for exercise or reflection need not count for naught. The natural order of things that had unceremoniously been turned upside down was not, in fact, the natural order at all, rather it lay in those landscapes — a once-in-a-generation chance to delight in a civilisation that’s all around us.