A smaller scale day of climate action took place on 25 September and students have plenty of reasons for their voices to be heard, writes Emma Kefford.

In 2045, you will be my age. It sounds outrageously futuristic to me. We still indulge you with the same question: what do you want to be when you grow up? And mostly, you still answer with the roles out of storybooks — firefighters, actors, scientists, doctors, professional soccer and netball players. Zookeepers! Are these the answers you think we want to hear? The ones that we give you in our scripts of the future.

I admit, when I ask these types of questions, a part of me has begun to feel insincere. 2030, 2045, beyond — I have no sense of a stable future. All these jobs sound too pedestrian to exist in such a time. They already have a flavour of the past. Like easy summers of camping and Paddle Pops. Like sneezing into your hands and road trips. Like Arts degrees.

My heart aches for this brave new world, for what you need to prepare for. We want to tell our young that it will be okay. In fact, your wellbeing, my wellbeing, relies on a concept of a predictable and knowable future. Yet you are already different. 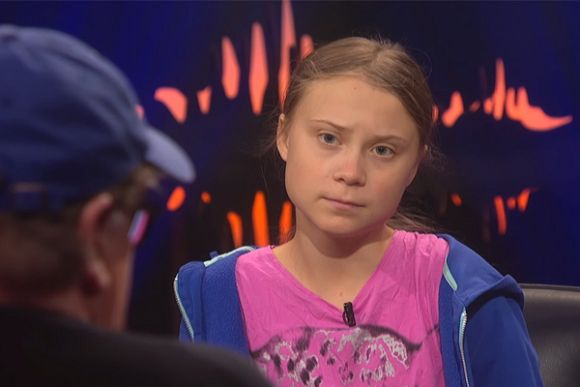 Greta Thunberg has not only been a threat to conservative, misogynistic men, but a voice of inspiration to generations around the world.

Last summer, those of you privileged enough to have holiday plans had them cancelled, the family camping spot burnt to the ground. Those who remained in the city encountered days the air was too bad to leave your homes, too risky for your sister with asthma. Watched the skyscrapers disappear behind a haze, almost enjoyed the golden light. Did your parents let you watch the news? Even if not, it filtered down to you. Koalas charred. A boy, your age, staring with tired eyes and bandana, waiting on a pier for a navy rescue boat.

Maybe you were told that heroic firefighters eventually quelled the blaze? That communities came together and fed each other, clothed each other, bandaged the wounded wallabies limb by limb? Did this restore your sense that the world was okay? Maybe you decided that you would be a firefighter, you would help fight the fires. As if they could be contained; as if 250 years of colonial government mismanagement of the land exacerbated by climate change hadn’t created a fire of unfathomable intensity and rage.

It’s late January, thousands upon thousands teemed into the streets for Invasion Day and two days later we came together in a classroom. The start of the school year, something so familiar, it feels inevitable. It was only when I became a teacher, around 15 years after leaving the school system, that I realised how entrenched that school calendar is. For better or worse, it takes on its own rhythm — a term of teaching, exhaustion, collapse into holidays, repeat times four. The long summer holiday acting as a circuit breaker.

February at school has surely always been hot. A dry southern summer. Still, we weren’t prepared for February of 2020. We had 43 degree days in an upstairs classroom with no air conditioning. You fought over the spray bottles. Sweated into the carpet. All of us trying to hold on through term one. We were promised ceiling fans, but then it was clarified that it was only the north-facing classrooms. I brought in a fan from home and you did robot voices into its whirring blades. Fascinated with the way your voices changed in the cool chopping breeze. I laughed and swallowed my rage — how is it that in 2020, our public schools don’t have basic cooling? 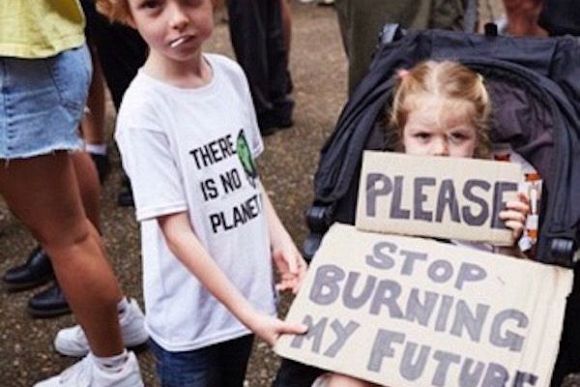 In the wake of Greta Thunberg’s powerful and damning UN speech, Prime Minister Scott Morrison has rebuked her and the student strikes she began.

We know what happens next. We survived the heat and then one by one, your parents kept you at home. The Government was slow to act. Now they are all caution but at that time, we were told that schools were safe. Trying to scramble together a community-level public health response, our class dwindled. On the final day of term one, I said goodbye to the five of you left and sent an email to the rest. School was cancelled. Pattern interrupted. How did it feel after those first holidays to remain at home? A dream come true? It’s the stuff of ‘Choose Your Own Adventure’ novels right? Monday morning, no school?

The politicians told the climate strikers to stay at school, that “what we want is more learning and less activism in schools”. My students, what do you want from school? Now, six months after that first closure, your faces glaze over on our video meets. You ask me regularly, “when will we be back at school?” Again, I tell you that I don’t know.

You are becoming used to this uncertainty in the adults around you. Most of you are desperate to go back. Evidently, you and your community value school. Striking is not taken lightly. Schools were closed over COVID-19 because “business as usual” could not prevail without a devastating cost. It seems reasonable for the climate strikers to also pose this question.

In 2020, of all years, the scripts are out the window. Tell us your questions, your demands. Hold this system to account until you get something to hold onto. A vision of the future that is worth pinning hopes on. For you. For all of us.

Emma Kefford is a primary school teacher in inner-city Melbourne. She is an active member of Melbourne Educators for Social and Environmental Justice (MESEJ).