FRENCH ENERGY giant Engie has flagged the potential closure of the Hazelwood brown coal generator in Victoria’s Latrobe Valley — widely recognised as the most polluting power plant in the world.

The potential closure was raised by Engie’s newly appointed chief executive Isabelle Kocher, who took the reigns of the energy giant earlier this month and is pushing a significant shift to renewable energy, smart grids and decentralised energy such as solar, and storage in particular.

Earlier this month, Engie announced the purchase of an 80 per cent share in U.S. battery storage company Green Charge Networks. Kocher has previously predicted that half of all electricity demand will come from local generation such as rooftop solar, as part of a shift away from centralised generators such as Hazelwood. On Wednesday, Kocher (pictured right) told a French Senate committee that Engie planned a gradual withdrawal from coal-fired power generation in coming years, and that included the potential closure of Hazelwood.

Kocher said, according to a Reuters report:

“For the Hazelwood plant, we are studying all possible scenarios, including closure, or a sale if the state of Victoria tells us that it cannot meet power generating needs without this plant."

The closure of Hazelwood and all other coal-fired generators is supported by the French government, which owns a one-third share in Engie (formerly known as GDF Suez), which inherited Hazelwood through its purchase of International Power.

Environmental organisations immediately welcomed the news, noting that Victoria, and Australia in general, has a surplus of coal capacity, and calling on the government to help manage its closure.

The Australian Energy Market Operator estimates we have 2000 MW more generating capacity than we need. Hazelwood is 1600 MW. The incumbent coal-burning power stations are blocking investment in renewable energy in Victoria.

It’s time they started making way so that Victoria can benefit from the jobs and investment that will come with new renewable energy projects. 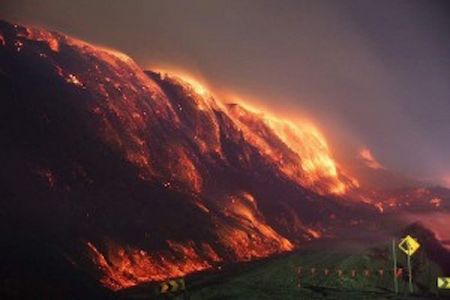 The Hazelwood coalmine in February, 2014. (image via RenewEconomy)

Hazelwood accounts for 5.4 per cent of Australia’s electricity supply, but has caused controversy both from its high emissions and an uncontrolled fire in its lignite mine near Morwell in 2014. A smaller fire also erupted earlier this week but was quickly put under control.

Reuters said Kocher told the Senate committee that Engie will also review its remaining coal plants one by one and close those with the most outdated technology. The company has already closed 1.6GW of capacity – the equivalent of Hazelwood – in Belgium and Britain.

Kocher also said an option could be to convert some of its remaining coal-fired plants to burning biomass, but this is not considered likely with Hazelwood.

A closure is preferable to all sides. Hazelwood, as the graph below shows, is the most polluting power station in Australia, and a closure will make room for more renewables, and also keep other power station owners happy, because it would remove some of the excess 7,000MW of baseload coal capacity and help underpin prices. 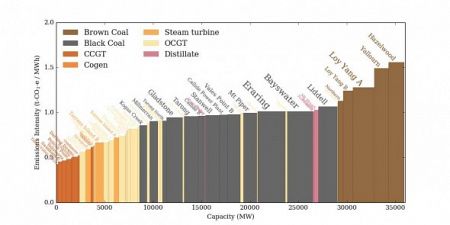 The question has been over the manner of closure, and the transition for the local community.

Most brown coal generators have been pushing for payments to help with remediation costs, estimated at around $200 million.

The government has baulked at this, although the likes of AGL Energy have shown interest in an ANU proposal to levy other generators to provide funds to help with the closure.

This article was originally published in RenewEconomy on 26 May 2016 and has been republished with permission. You can follow Giles on Twitter @GilesParkinson.