The monsoon season has caused havoc on the Indonesian island of Bali, causing tonnes of plastic to wash up on beaches along Bali’s west coast, including the popular tourist beaches of Kuta and Seminyak.

One year ago, these beaches were flooded with tourists, now tonnes of plastic debris stand in their absence as community groups take on a colossal clean-up mission to remove the waste washed ashore.

Local sustainability blogger Laura in Waterland and ocean conservationist Emma Sparrow are reporting live from the beaches of Bali as hundreds of locals and ex-pats join the clean-up. However, the mess is too immense for human hands alone. Bulldozers, arranged by the local governor, join the mission by clearing mass piles of plastic to be removed.

Bali’s plastic problem is not a new issue. Since 2010, Indonesia has ranked second in a list of the world’s worst ocean polluters, followed by China. According to a 2017 survey by the Indonesia National Plastic Action Partnership (NPAP), Indonesia produces about 6.8 million tonnes of plastic waste annually. According to Global Plastic Action, it is estimated 9% of that waste ends up in the ocean — the equivalent of roughly 620,000 tonnes of plastic waste entering the ocean each year.

Historically, in Indonesia’s popular tourist destination of Bali, critics have been quick to point the finger at foreigners and an unsustainable tourism industry which promotes the use of single-use plastics. However, with international border closures in effect since March 2020, the plastic calamity is much more than an issue of over-tourism.

Mismanagement of waste is a major concern in Indonesia, an island nation with a population of more than 273 million people. It is estimated 48% of waste is openly burned and 13% is dumped in poorly managed landfills, often leading to rivers and lakes.

“The monsoon rains flood inland rivers and waterways and they flow through to the beaches and oceans. Westerly winds then push ocean plastic back to the shore primarily effecting the West coast, near to the popular airport destination of Denpasar.”

In March 2019, Minister Luhut B Pandjaitan, Indonesia's Coordinating Minister of Maritime Affairs and Investment, joined forces with the Global Plastic Action Partnership to launch NPAP as a way for leading changemakers from all sectors to collaborate and forge a collective path towards a plastic pollution-free Indonesia. Key objectives such as the increase in plastic waste collection, the reduction or substitution of plastic usage and the redesign of plastic products and packaging are some of the methods that hope to see Indonesia meet their goal of reducing marine plastic leakage by 70% by 2025. 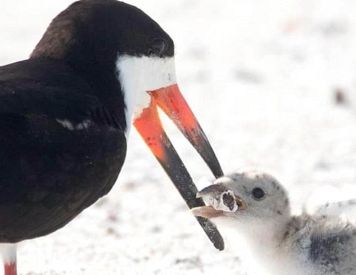 Beach or ashtray: How cigarettes are destroying nature

Over the years, local initiatives have also started to join the fight against plastic. Indonesian sisters Melati and Isabel Wijsen are cofounders of youth-led organisation Bye Bye Plastic Bags, which aims to encourage businesses and shoppers to replace single-use plastic items like bags.

Local woman Anggie Wayan runs an English language program for disadvantaged children in northern Bali, however, the children offer another currency in exchange for learning — plastic. Anggie’s aim is to teach children not only the English language but also how to respect the planet.

Back on Kuta beach, the fight against plastic is both local and global. Ex-pats and locals continue to clean the debris hoping for some monsoon respite come April.

However, just like the current beach clean-ups in place, the island nation has a mammoth task ahead of them to rid the ocean and beaches of plastic waste, reminding all of us the war against plastic is far from won.

Bianca Caruana is a freelance journalist and blogger specialising in stories that ignite thoughts surrounding compassion, ethics and the happiness of all beings.

Beach or ashtray: How cigarettes are destroying nature