There is a more fundamental threat to humans than the current pandemic and it encompasses much more than global warming, writes Brian Feeney.

Earth Overshoot Day (EOD) – this year on 22 August – is an estimate of the day each year ‘when humanity’s demand for ecological resources and services exceeds what Earth can regenerate in that year’. Due to the adverse economic effects of the pandemic, EOD this year was more than three weeks later than in 2019.

While the methodology for estimating EOD is questionable, it works as an annual reminder that humans are running down the natural resources of the planet. This reminder is particularly important now the pandemic is crowding out most other issues.

A more comprehensive approach to estimating human ecological impacts is the so-called planetary boundaries concept, which aims to estimate how far nine "planetary life support systems" can be further degraded before the planet becomes inhospitable to life.

As the economy grows, there will be more negative impacts on these planetary life support systems. And exponential growth means the size of these impacts will escalate. For example, the Organisation for Economic Co-operation and Development (OECD) estimates that with current technology, the global consumption of natural resources – such as biomass, fossil fuels and minerals – would nearly double by 2060 as the global economy expands.

The increase in the number of new cases of COVID-19 shows how exponential growth can work, with the number of reported cases growing from about 100 outside China at the end of January to more than 25 million globally by the end of August. (The first 10 million cases took six months and the second only 43 days.) Quarantine measures can reduce the growth rate. 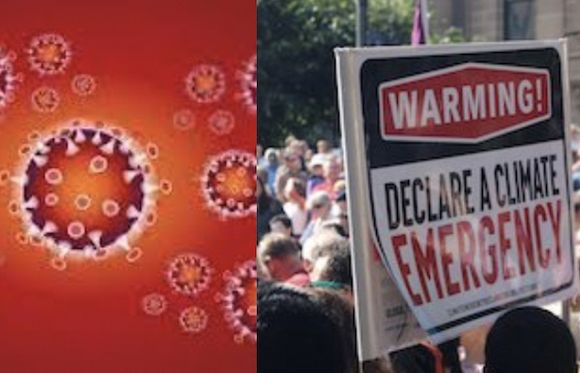 Coronavirus and climate emergency: An opportunity for the Coalition

Together, the coronavirus and the climate emergency offer humanity a unique opportunity for economic reform.

New technology is very likely to reduce the per-unit impact of economic growth on these planetary life support systems. Many economists believe this growth can be "decoupled" from environmental impacts and therefore continue without further exceeding the planetary boundaries to any significant degree.

This approach is very uncertain and has even been described as a "delusion". There has been partial decoupling in some countries due to more renewable energy use, increased relative size of the financial sector and shifting resource-intensive activities to developing countries.

It remains possible that decoupling could allow further economic growth without very serious environmental effects. However, this possibility is uncertain as it depends largely on technologies not yet invented.

According to Mervyn King – former Governor of the Bank of England – "radical uncertainty" is pervasive in society. With the increasing dominance of mathematical models in economics over the last 50 years, there is now much less acknowledgement of uncertainty. These models typically assume that the probabilities of events are known.

A number of these economic models have been significantly discredited since the Global Financial Crisis (GFC).

Despite problems with economic models, most economists still believe that future events like the degrading of planetary boundaries will be manageable within existing structures.

It is clear that planetary life support systems are currently under threat. Governments should not rely on the possibility that decoupling alone will prevent much greater degradation of these systems in the face of continuing economic growth. 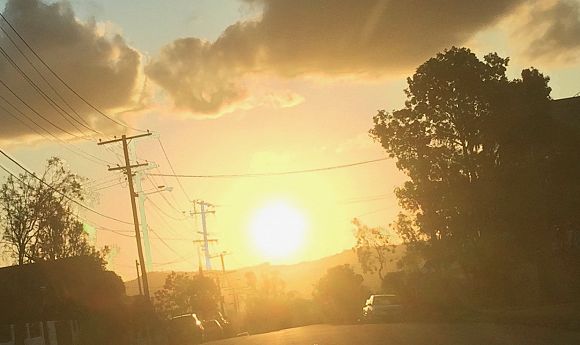 Obligations to the world’s children in the climate emergency

This government is not fit to govern on the climate change emergency because of its incapacity to grasp the imminent danger to Australia, our neighbours and indeed the world.

This is not to say that quality of life cannot be improved. Development (qualitative improvement of human wellbeing) could be decoupled from growth (quantitative increase in consumption of resources). Without increasing overall impact on planetary life support systems, there would still be scope to shift some existing consumption away from less fundamental wants to more basic needs.

A focus on development rather than growth would be a big incentive for further decoupling technologies, as envisaged in "cap and trade" systems.

Earth Overshoot Day reminds us that there is a more fundamental threat to humans than the current pandemic which is likely to be subdued with the next few years. And this ongoing threat encompasses much more than global warming.

There is still a path to a safe operating space for humanity but it narrows by the year. Fully decoupling development from growth would allow humanity to successfully negotiate that path.

Brian Feeney is a retired town planner living at the Gold Coast. He spends some of his time researching and writing about urban planning and transport and environmental issues. You can follow Brian on his blog here.