Rampant, outrageous, unforgivable hypocrisy is the only way to describe politicians and prominent public figures using the koala as a prop for re-election or as an indication of their “great concern”.

The absolute lack of any pre-election policy focus on biodiversity loss, let alone koalas, is criminally irresponsible. Climate change impacts and biodiversity loss cannot be separated in their critical importance.

Instead, photo opportunities with koalas are put to use by state and federal governments. Pushing mops across flooded floors doesn’t have the same appeal as cute koalas. The subtle message being any politician cuddling or kissing a koala must care about the species.

Mainstream media, in this particular case the ABC, do not seem to air the real facts and journalists don't appear to do any in-depth research prior to interviews. A brief brush over the dire crisis facing koalas ensures real threats are never aired: it’s easier to stick to cuteness. 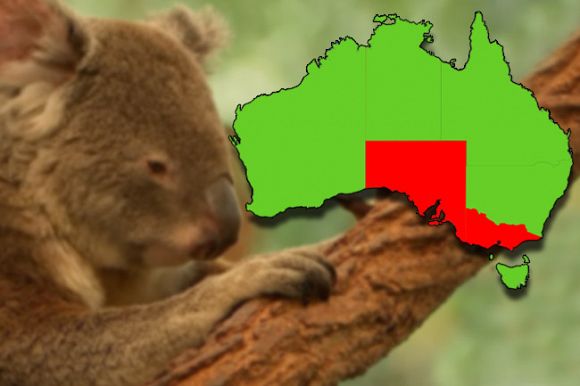 Governments in South Australia and Victoria have failed to provide adequate wildlife legislation in order to protect koala habitats.

The ABC recently interviewed a number of Queensland public figures asking if they supported the koala as an icon for the Brisbane Olympic Games in 2032.

The Brisbane Olympics might be ten years away, but debate is already firing up about what the mascot should be.

Cameron Costello, who sits on the Queensland Tourism Industry Council and the state's Koala Advisory Council, believed the koala was the clear front-runner.

Having recently been listed as endangered, he argued it needs the global attention that an Olympics can bring.

Given his membership of the Queensland Government’s Koala Advisory Council since its creation in December, 2018 it’s difficult to understand why Costello didn’t take the opportunity to detail the threats and reasons why Queensland koalas’ future is on the line.

A little research by the ABC on the Advisory Council’s website would have revealed the last meeting was held in August, 2020 according to the minutes available.

Apparently, neither the ABC journalist nor Costello are aware the koala is Queensland’s State icon and has been since 1971.

There’s another group called the Queensland Koala Technical Advisory Group, which was set up this month. Its purpose:

'... to provide the Director-General of the Department of Environment and Science with independent science based and technical advice on the identification and mapping of koala habitat in South East Queensland (SEQ) under the Koala Conservation Plan and the Nature Conservation (Wildlife) Regulation 2006.'

According to the website, expressions of interest for positions will be 'an exciting opportunity for suitably qualified experts to provide science-based advice to help deliver koala conservation outcomes through the establishment of a new Koala Technical Advisory Group'.

Mapping is the new Palaszczuk Government mantra. Koala habitat has been mapped and mapped ad nauseum.  But not to be outdone by all these studies, Government policy now relies on more mapping of koala habitats so that core areas can be “protected".

Questions have been raised over the acceptable expertise of the chosen “suitably qualified experts” given previous indications.

According to the KoalaCollab site with its links to a koala mapping website:

It identifies the best quality koala habitat based on modelling of biophysical measures, suitable vegetation for food and shelter, and two decades of records of koala sightings. The mapping is designed to focus conservation efforts on areas that have the greatest chance of supporting koala populations.

According to Duke University:

A herbarium is a critical resource for biodiversity, ecological, and evolutionary research studies. It is a primary data source of dried and labelled plant specimens that is arranged to allow for easy retrieval access and archival storage. A herbarium is like a library, but differs in that the information is stored in a biological form – as pressed, dried, and annotated plant specimens.

As one koala scientist told IA in response to questioning about the extraordinary delegation of mapping responsibility to the herbarium by the Queensland Government:

“This highlights one of the fundamental flaws in the whole government’s ‘brave new world’ for koalas. To be consistent in this logic, next time the government wants to update the mapping, will they ask the Australian Veterinary Association to do the vegetation mapping?”

Remember Borobi? The Commonwealth Games on the Gold Coast in 2018? During this time the federal and Queensland governments were declaring their "love" for the koala.

At the same time as the Games were held, the South-East Queensland meta population was on its knees, as massive urbanisation projects continued to wipe out the primary core habitat resulting in significant increases in koala mortality. 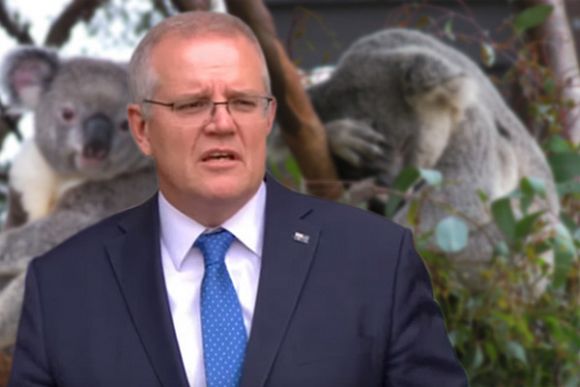 Population estimates were also a focus of the ABC interview. More guestimates based on modelling and mapping. No state or federal government will fund or approve any population estimates which rely on on-ground surveys or extensive drone operations in known habitats.

There’s a good reason why this failure continues.

Koalas are critically endangered with slim hope of survival as exponential destruction of habitat continues. Exposing governments’ policies of deliberate destruction would put Australia at the forefront of global environmental vandals.

The Queensland Government should hang its head in shame. Unfortunately, Queensland’s voting options at the state level leave little choice between awful and awful.