WHAT HAPPENS to the enormous volumes of waste generated from the mining and refining of coal seam gas (CSG) extraction?

Modelling suggests the industry could produce 31 million tonnes of waste salt over the next 30 years but no one really knows.

Overall industry waste can take many forms including:

In Queensland, a large proportion of the waste generated by CSG activity is hazardous, contaminated waste and was, prior to 2013, classified as regulated waste. In 2013, the Newman Government changed the definition of regulated waste, effectively letting the CSG companies off the accountability hook. This has dished up a toxic untraceable legacy for Queensland that is being distributed throughout the community via "beneficial reuse" amendments to the legislation — "socialising" the cost of waste disposal and basically disguising the waste trail.

The following Twitter thread illustrates the very complicated regulatory issues surrounding beneficial reuse and the recent changes made to this legislation.

"Disposal of salt and waste water has always been a massive issue for coal seam gas and Santos have yet to outline a convincing solution – its intractable.”

As well as this one:

So with ten-plus years of coal seam gas extraction under Queensland’s belt, where has all this toxic waste gone? Where exactly is it now? Shockingly, it could be in a product that you are buying for your garden, it could even be helping to fatten the beef you buy at the supermarket and put on your table.

There are dozens of gasfield contractors involved in the waste trail. McMahon Services is a specialist remediation contractor experienced with the management of CSG drilling mud.

'Disposal to compost facilities has environmental benefits and meets the expectations of the community ... '

NuGrow is one such composting company and it has a facility at Kogan. NuGrow, which makes compost and soil conditioners among other products, has been in the news before.

Brian Monk, neighbour to the smelly NuGrow property at Kogan in Queensland, shared what he thought of the beneficial reuse legislation:

“People don’t get the significance of the 'Beneficial Re-Use' legislation — this legislation allows a company to dump toxic waste all over our nation and because they say it is "beneficial" use, then the company has no regulatory body overseeing their activities.” 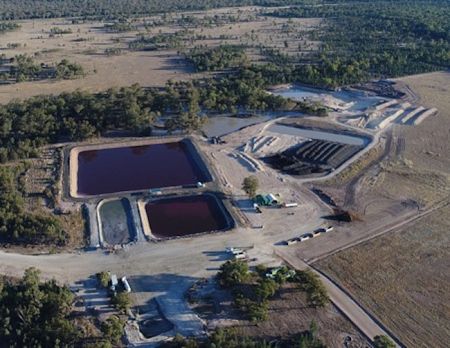 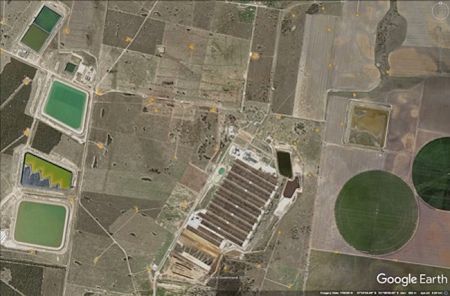 The methods of disposal are highly creative but are really just elaborate forms of dumping. Hence we have land spraying of drilling waste, land farming of hydrocarbon contaminated soils and reinjection of reverse osmosis concentrate and brine waste at various facilities scattered across the Western Darling Downs and Maranoa Council areas, in drinking water catchment areas. 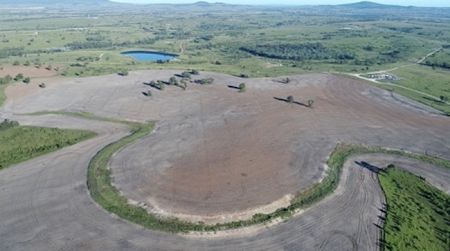 A document prepared by Blue Environment, Randell Environmental Consulting and Ascend Waste and Environment for the Federal Department of the Environment and Energy in 2017, identifies some stand out issues for Queensland including the tracking of waste as well as the lack of facilities equipped to deal with this waste.

So, what are the industry solutions to the toxic salts waste that is a by-product of the waste treatment process? Many solutions have been tossed aside as being too expensive and not feasible. These include ocean outfall, aquaculture and selective salt recovery. 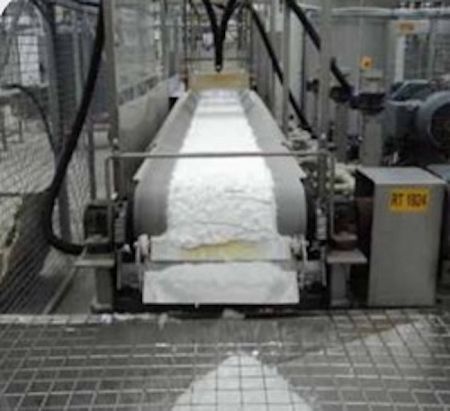 One such solution that has garnered funding to the tune of $140,000 from the Queensland Government is "Xencrete", produced by Xenith.

'Xencrete will solve the (CSG) brine beneficial use challenge.'

Xencrete is a concrete substitute composed of contaminants found in wastewater from the production of coal seam gas.

Another solution, popular with company QGC, is to bury the salts in “tombs” in a regulated waste facility (RWF). This solution has been in the pipeline for several years and appears to have stalled as construction has not begun at the selected site Kangra Hills. 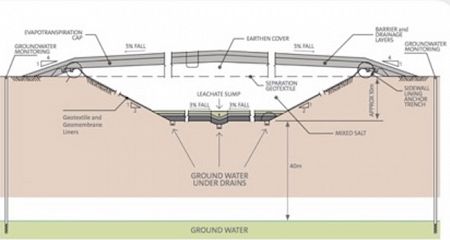 Ben Kele from Arris characterises "co-produced water" (another term for wastewater) as having environmental issues with salinity, sodicity, elements such as strontium, fluoride, barium, boron and radioactive salts, among others. He remarks in the linked presentation (45:45) that a lot of the Queensland waste is being shipped into old abandoned underground coal mines. 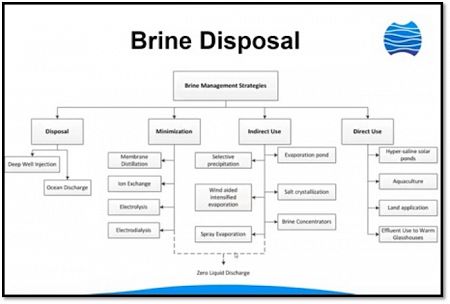 The industry is only in its infancy in NSW but already there have been multiple instances of waste from coal seam gas operations being mismanaged, incorrectly classified and ending up in places this type of waste shouldn’t.

In 2012, Metgasco was fined by the NSW Government for dumping waste "produced" water at the Casino sewage treatment plant. Then in 2014, another company was fined for dumping CSG fracking water from the Gloucester AGL site in a Newcastle sewer. This forced AGL to contract Queensland company Toxfree to remove their wastewater, raising many questions about the suitability of the waste for ocean outfall discharge.

Then there is the case of the disappearing Santos waste including soil, sediment and pond liner materials. In a statement, Santos said that Summerhill Waste Depot

' ... operates as a landfill facility with basic recycling activities [and is] not a treatment facility for contaminated wastes.'

But it did not say where the waste ended up.

The latest solution in NSW is to irrigate a crop with the treated waste ("beneficial reuse") as has occurred at Leewood near Narrabri and Gloucester. The AGL trial at Gloucester failed and was halted by the EPA. And the irrigation at Leewood currently has a dark cloud over it.

In Queensland, innovative solutions are being employed including reinjection of treated waste into depleted host aquifers and the "mix-bury-cover" method which is popular with Santos at the Roma Shallow Gas Project. This method has caused alarm in the global community as it appears to trigger earthquakes. 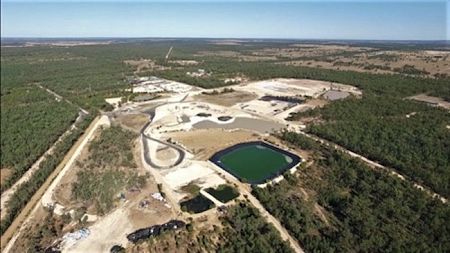 Santos’ 850 well proposal in NSW near Narrabri in the Pilliga is cause for concern, the company is refusing to give detail over where it will send its crystallised toxic salts, saying only that they will be disposed of as general solid waste at a landfill within a 150km radius of the Leewood facility. The project is set to generate a very large amount of waste salts over its lifespan.

Meanwhile, in Queensland, the same company is under investigation for an alleged breach of its environmental impact assessment after it was caught spraying wastewater on a bitumen road.

Serious questions need to be asked about how much of this waste ends up washed into local creeks, then rivers and eventually the Murray Darling Basin. You would be forgiven for questioning how the industry has managed to get fully established in Australia without providing a sustainable solution for its waste stream.

"Beneficial reuse" appears to be Australia's version of the U.S. "Halliburton Loophole" – which represents a significant reduction of federal oversight in fracking operations – and citizens would be right to be concerned about the food and water security of the east coast of Australia.